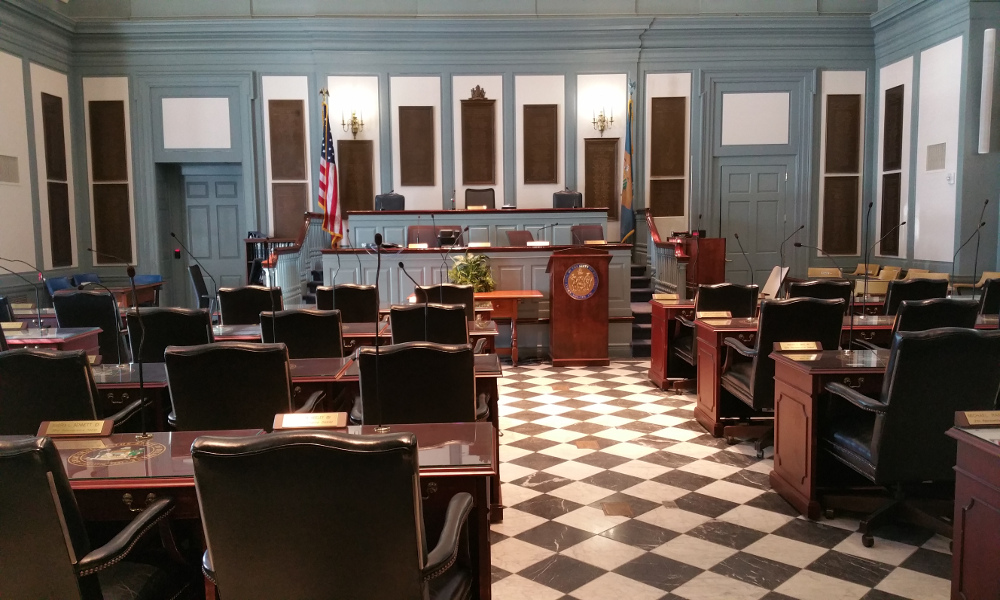 Republicans love to introduce Constitutional Amendments that hamstring the government’s ability to raise funds to provide services for their citizens, because they believe only the rich who can afford to pay themselves are worthy of any service. They have now introduced House Bill 282, a constitutional amendment to the state constitution that will require a 3/5th majority vote (13 votes in the Senate, 25 in the House) any time the General Assembly tries to pass a law allowing counties or municipalities to raise taxes.

This bill is obviously an attempt to capitalize on the whole DE Turf/Kent County Lodging Tax Affair. Indeed, Senator Trey Paradee is so scarred by the appearance of impropriety caused by his and his brother’s involvement in the whole affair that Paradee has actually sponsored this abomination, as you can see below.

What Paradee should do, and what Democrats should do now, other than bury this bill forever in the Administration Committee, is to introduce another Constitutional Amendment that eliminates the 3/5th requirement for all new tax bills, and further allows counties and municipalities to pass whatever taxes they want without the General Assembly’s permission.