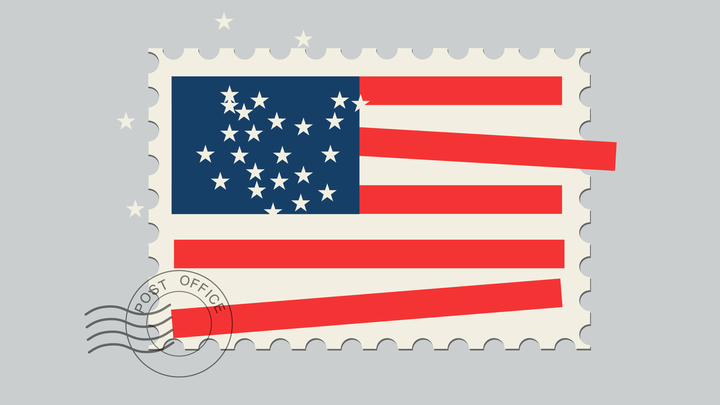 A new University of North Florida poll finds the decisions by both Gov. Ron DeSantis (R) and President Trump to refrain from imposing strict sanctions on public gatherings until last week — in order to keep businesses operating — may have cost them politically.

The poll also shows Joe Biden leading Trump in a general election match up, 46% to 40%.

Greg Sargent has compiled a detailed timeline comparing public statements about the coronavirus pandemic by Joe Biden with statements by President Trump.

It’s utterly damning to the president.

“The abrupt move came after the GOP-controlled state legislature refused to postpone the vote during a special session Evers called on Saturday.”

The AP reports it’s “a move that will almost certainly prompt a court challenge and inject new uncertainty about whether the election will move forward.”

Joe Biden told ABC News the recently delayed Democratic Convention will have to happen, but conceded that it may need to be held virtually if the novel coronavirus continues to pose a public health threat by mid-August.

Joe Biden told ABC News he would be heeding CDC advice by wearing a mask the next time he goes out in public as a way to mitigate his risk of contracting COVID-19, despite President Trump not following the advice.

Said Biden: “Yes. Look, I think it’s important to follow the science, listen to the experts do what they tell you. He may not like how he looks in a mask but the truth of the matter is that — follow the science. That’s what they’re telling us. So if I go out in public, and I have not gone to commercial places of late I haven’t gone to my local church … but my generic point is that you should follow the science.”

“President Trump and a growing number of Republican leaders are aggressively challenging efforts to make voting easier as the coronavirus pandemic disrupts elections, accusing Democrats of opening the door to fraud — and, in some cases, admitting fears that expanded voting access could politically devastate the GOP,” the Washington Post reports.

“Around the country, election officials trying to ensure ballot access and protect public health in upcoming contests face an increasingly coordinated backlash from the right. Much of the onslaught of litigation has been funded by the Republican National Committee, which has sought to block emergency measures related to covid-19, such as proactively mailing ballots to voters sheltering at home.”

Rick Hasen: How Republicans are using the pandemic to suppress the vote.

“A small group of Bernie Sanders’s top aides and allies — including his campaign manager and his longtime strategist — have encouraged the independent senator from Vermont to consider withdrawing from the presidential race,” the Washington Post reports.

“Sanders himself has become more open to the prospect of dropping out, especially if he suffers a significant defeat in Tuesday’s Wisconsin primary, which polls suggest Joe Biden will win handily.”

“If it is, in fact, the case that Trump’s bump has hit a wall, it would have occurred a little bit before I might have expected. I went back and examined eight different rally around the flag events from six presidents since the beginning of World War II.”

“The median event saw the president’s bounce peak a little bit more than a month after his approval rating began to rise. Trump’s would have peaked only about two weeks into it.”

Washington Post: “Some of [Biden’s] allies fret that, even before the pandemic, Biden was far behind President Trump, who has been raising money for the general election since 2017. They worry the current environment — which makes it impossible for Biden to hold intimate, in-person gatherings with wealthy donors, and in which Trump has much more visibility — may deepen his challenges.”

“Biden’s backers hope his name recognition and voter enthusiasm to oust Trump will ultimately make up for any financial setbacks — and, they point out, Republicans face the same hurdles in raising money while the coronavirus remains a threat. Supporters note that the anti-Trump sentiments will ultimately rally the party, and its donors, around the eventual nominee, and Biden has a delegate lead to challenge Trump in the fall.”

Politico: “For most of the presidential campaign, the economy looked like the one thing that could overcome Donald Trump’s stubbornly low approval ratings and carry him to a second term. Even many Democrats acknowledged they had no cohesive economic message of their own.”

“But now that the coronavirus has laid waste to the surging stock market and low unemployment, Democrats are discovering another obstacle — framing a coherent economic argument that all the party’s factions can rally around. It’s already become a source of friction within the Democratic Party, even as some major Democratic outside groups begin pummeling Trump for the economic fallout of the pandemic. It‘s a message Democrats plan to amplify in coming months, long after the immediate health effects of the crisis subside.”

Washington Post: “As Democrats escalate their general-election campaign against the president, they have targeted his failure to act urgently to deflect the damage the coronavirus is wreaking over lives and the economy, as he brushed aside intelligence briefings and warnings from health officials while holding fundraisers and gathering thousands of his followers at rallies.”

“Their greatest ammunition? Trump’s own comments, aired daily in the marathon coronavirus briefings where he commands center stage.”

Politico: “The early reservation by House Majority PAC is spread across 29 markets and offers a window into how Democrats view the size and shape of the House battlefield this fall, with massive funds slotted for Minnesota, Pennsylvania, Michigan and Texas.”

“HMP, which is closely allied with Speaker Nancy Pelosi (Calif.), is the first of the major House party committees and outside groups to announce fall ad buys.”

“A little-known Washington nonprofit has filed a lawsuit against Fox News, claiming the news station, its parent companies and owners violated the state’s Consumer Protection Act and acted in bad faith by disseminating false information about the novel coronavirus through its television news broadcasts and minimized the danger posed by the virus as COVID-19 began to explode into a pandemic,” Seattle Times reports.

Frank Bruni: “Do you remember President George W. Bush’s remarks at Ground Zero in Manhattan after the Sept. 11 terrorist attacks? I can still hear him speaking of national grief and national pride. This was before all the awful judgment calls and fatal mistakes, and it doesn’t excuse them. But it mattered, because it reassured us that our country’s leader was navigating some of the same emotional currents that we were.”

“Do you remember President Barack Obama’s news conference after the school shooting in Newtown, Conn., that left 28 people, including 20 children, dead? I do. Freshest in my memory is how he fought back tears. He was hurting. He cared. And while we couldn’t bank on new laws to prevent the next massacre, we could at least hold on to that.”

“One more question: Do you remember the moment when President Trump’s bearing and words made clear that he grasped not only the magnitude of this rapidly metastasizing pandemic but also our terror in the face of it? It passed me by, maybe because it never happened.”

“In Trump’s predecessors, for all their imperfections, I could sense the beat of a heart and see the glimmer of a soul. In him I can’t, and that fills me with a sorrow and a rage that I quite frankly don’t know what to do with.”

“The Supreme Court was supposed to hear arguments last month over whether House Democrats had the legal authority to subpoena Trump’s financial records,” Axios reports.