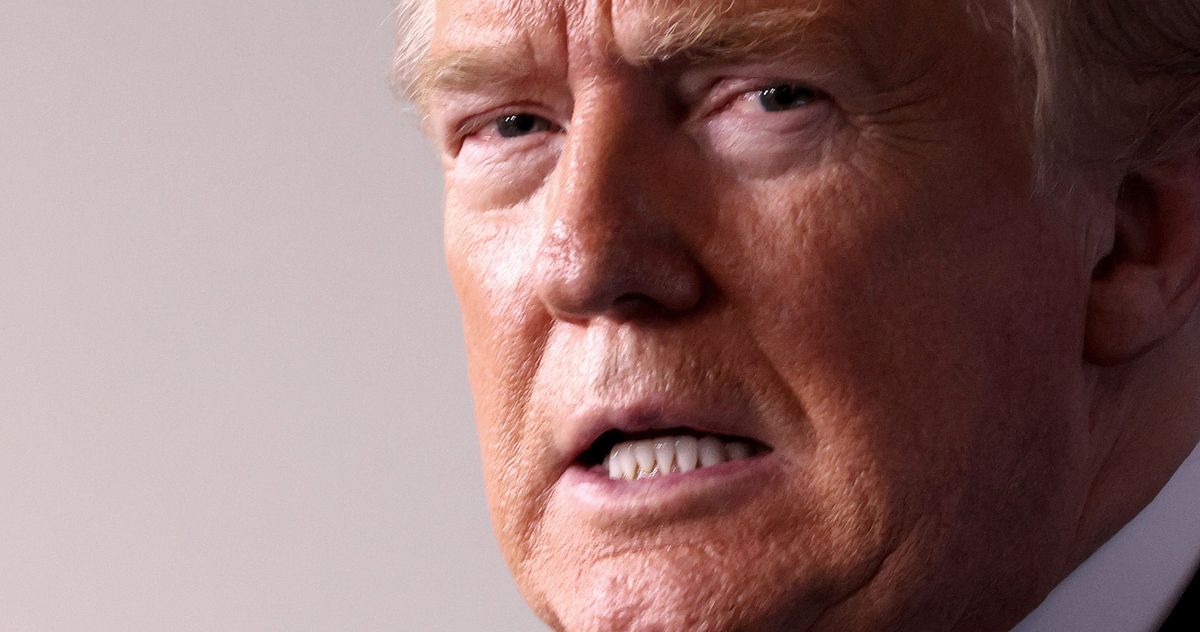 “President Trump notified Congress Friday evening that he intends in 30 days to fire the inspector general of the intelligence community, who alerted lawmakers to a whistleblower complaint last September that was at the center of allegations that led to the president’s impeachment,” the Washington Post reports.

“The bombshell move to remove Michael Atkinson comes as the administration is struggling to cope with a coronavirus pandemic that has killed more than 3,000 Americans.”

“Trump has blamed Atkinson repeatedly for letting the complaint get to Congress and letting the impeachment unfold… He has weighed removing him for months, but has been periodically talked out of it.”

“Sources close to President Trump expect him to fire more inspectors general across his government, after his Friday night removal of Michael Atkinson, the intelligence community I.G. who alerted Congress to the complaint that triggered impeachment,” Axios reports.

President Trump warned that America’s “toughest week” is coming up, predicting “there will be death” as the number of Covid-19 cases surges in the days ahead, Politico reports.

He also announced that New York would be getting “about a thousand military people — nurses, doctors, lots of other people because that’s what they need.”

But Trump also signaled his growing impatience with the stringent social distancing measures states had put in place around the country, which have sent the economy spiraling rapidly downward.

“We happen to think that Cuomo’s well-served with ventilators. We’re gonna find out.” – President Trump, quoted by ABC News.

Thomas Wright in The Atlantic: “The greatest error that geopolitical analysts can make may be believing that the crisis will be over in three to four months, as the world’s leaders have been implying. As documented in The Atlantic and elsewhere, public-health experts make a compelling case that COVID-19 could be with us in one way or another until a vaccine comes on the market or herd immunity is achieved—either of which could take 12 to 18 months, unless we get lucky with a cure or an effective treatment before then.”

“A long crisis, which is more likely than not, could stretch the international order to its breaking point. Even after a vaccine is available, life will not go back to normal. COVID-19 was not a black swan and will not be the last pandemic. A nervous world will be permanently changed.”

Washington Post: “The novel coronavirus has decimated the economy, turned hospitals into battlefields, and upended the daily lives of every American. But in Trump’s White House, certain symptoms remain: A president who governs as if producing and starring in a reality television show, with each day a new episode — and each news cycle his own creation, a successive installment to be conquered.”

“Facing a global pandemic, Trump still seems to lurch from moment to moment, with his methods and messages each day disconnected from — and in some cases contradictory to — the ones just prior. The pattern reveals a commander in chief unsure of how to defeat the ‘silent enemy,’ as he has labeled it.”

“Instead, Trump has focused on his self-image — claiming credit wherever he believes it is owed, attempting to project strength and decisiveness, settling scores with critics, boasting about the ratings of his televised news conferences, and striving to win the cable news and social media wars.”

“Two top administration officials last year listed the threat of a pandemic as an issue that greatly worried them, undercutting President Trump’s repeated claims that the coronavirus pandemic was an unforeseen problem,” CNN reports.

“Health and Human Services Secretary Alex Azar and Tim Morrison, then a special assistant to the President and senior director for weapons of mass destruction and biodefense on the National Security Council, made the comments at the BioDefense Summit in April 2019.”

“Since Chinese officials disclosed the outbreak of a mysterious pneumonialike illness to international health officials on New Year’s Eve, at least 430,000 people have arrived in the United States on direct flights from China, including nearly 40,000 in the two months after President Trump imposed restrictions on such travel,” the New York Times reports.

“Just eight governors have decided against issuing statewide directives urging their residents to stay at home as the outbreak of the coronavirus escalates and spreads across the country, the last holdouts in the nation,” CNN reports.

“The governors, all of whom are Republican, have offered a variety of explanations for why they have not followed the lead of their colleagues from coast-to-coast — along with countries across the world — by ordering people to restrict their movement in hopes of slowing the pandemic.”

“Some of the state’s most popular beaches will be allowed to reopen Friday night due to Gov. Brian Kemp’s (R) statewide order superseding that of some city-level shelter-in-place mandates,” the Atlanta Journal Constitution  reports. “Georgia beach communities, including Tybee Island, had closed in response to local mandates imposed to limit the spread of COVID-19.”

“The coronavirus pandemic and lockdowns imposed by governments on both sides of the Atlantic have pushed the global economy into the sharpest downturn since the Great Depression,” the Financial Times reports.

Said IMF chief Kristalina Georgieva: “This is a crisis like no other. Never in the history of the IMF have we witnessed the world economy coming to a standstill. It is way worse than the global financial crisis.”

“The severe job losses reported this week provide a split-screen snapshot of a labor force increasingly divided between the can and can-nots—based in part on the ability to work online,” the Wall Street Journal reports.

“Those who can work remotely—typically in more high-skilled, higher-income jobs such as information and financial activities—saw little change in payrolls last month.”

Russian authorities detained the leader of an independent doctors’ union, an outspoken critic of the Kremlin who has dismissed as “lies” the country’s low official numbers for coronavirus infections, the New York Times  reports.

“I want Anthony Fauci making that decision. Right now, as complete a shutdown as possible is the only sane option. And going forward, we should always lean on the side of the preservation of life rather than the maximization of wealth. Every life counts. And if we make that collective pro-life decision — and, mercifully, we are — we are also saying something quite profound about who we are as Americans. We are saying that the lives of the elderly, and the poor, and the vulnerable matter more, when all is said and done, than our GDP. I cannot see how such a society can go forward after such an experience without instituting the kind of universal health care that these values represent.”

“It’s hard to go through such ordeals without wanting them to mean something. Out of AIDS came marriage equality, a permanent shift in the relationship between gays and society. Out of this plague, let us erect in its memory another fitting monument that will never age, crumble, or pass away: health care for all.”

“About half of U.S. small businesses haven’t paid their full rent or mortgage yet this month as a result of the coronavirus pandemic,” the Wall Street Journal reports. “The preliminary findings illustrate the crisis affecting small businesses and how their troubles could set off a financial chain reaction that could inflict heavy damage on landlords and lenders across the U.S.”

“By the time Donald Trump proclaimed himself a wartime president — and the coronavirus the enemy — the United States was already on course to see more of its people die than in the wars of Korea, Vietnam, Afghanistan and Iraq combined,” the Washington Post reports.

“The country has adopted an array of wartime measures never employed collectively in U.S. history — banning incoming travelers from two continents, bringing commerce to a near-halt, enlisting industry to make emergency medical gear, and confining 230 million Americans to their homes in a desperate bid to survive an attack by an unseen adversary.”

“Despite these and other extreme steps, the United States will likely go down as the country that was supposedly best prepared to fight a pandemic but ended up catastrophically overmatched by the novel coronavirus, sustaining heavier casualties than any other nation.”

ProPublica: “As of Friday morning, African Americans made up almost half of Milwaukee County’s 945 cases and 81% of its 27 deaths in a county whose population is 26% black. Milwaukee is one of the few places in the United States that is tracking the racial breakdown of people who have been infected by the novel coronavirus, offering a glimpse at the disproportionate destruction it is inflicting on black communities nationwide.”

“In Michigan, where the state’s population is 14% black, African Americans made up 35% of cases and 40% of deaths as of Friday morning. Detroit, where a majority of residents are black, has emerged as a hot spot with a high death toll. As has New Orleans. Louisiana has not published case breakdowns by race, but 40% of the state’s deaths have happened in Orleans Parish, where the majority of residents are black.”