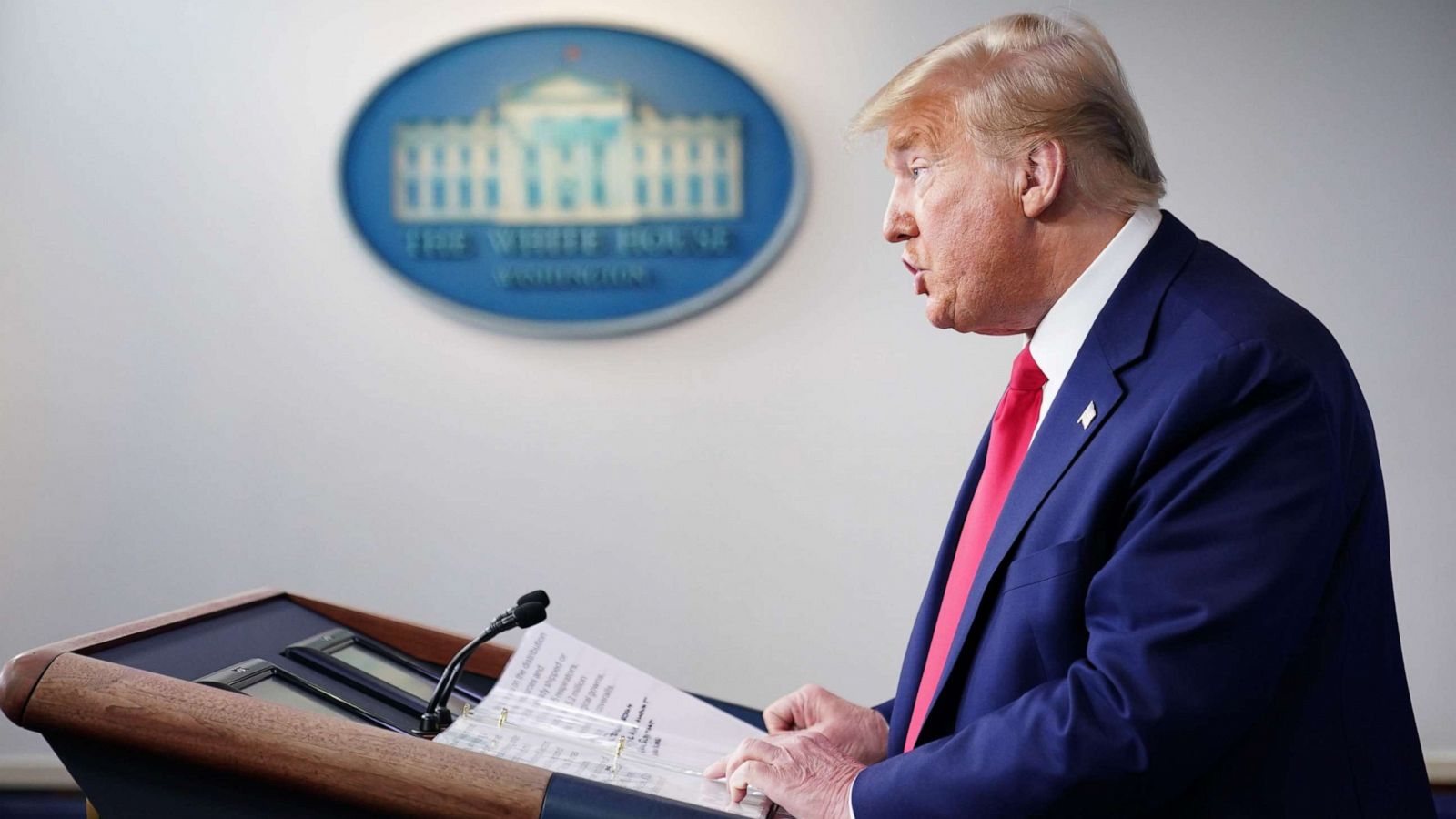 Gabriel Sherman has a stunning quote from Jared Kushner that should make all Americans concerned that Trump’s son-in-law, as Politico reports, has “taken charge” of the coronavirus task force.

When New York Gov. Andrew Cuomo (D) declared that his state needed 30,000 ventilators at the apex of the outbreak, Kushner declared himself the expert: “I have all this data about I.C.U. capacity. I’m doing my own projections, and I’ve gotten a lot smarter about this. New York doesn’t need all the ventilators.” Meanwhile, Dr. Anthony Fauci, the country’s leading expert on infectious diseases, said Cuomo’s estimate is accurate.

Kushner declared: “The notion of the federal stockpile was it’s supposed to be our stockpile. It’s not supposed to be states’ stockpiles that they then use.” The Strategic National Stockpile website describes itself as having “the nation’s largest supply of life-saving pharmaceuticals and medical supplies for use in a public health emergency severe enough to cause local supplies to run out. When state, local, tribal, and territorial responders request federal assistance to support their response efforts, the stockpile ensures that the right medicines and supplies get to those who need them most during an emergency.”

New York Times: “Because of his unique status, Jared Kushner has made himself the point of contact for many agency officials who know that he can force action and issue decisions without going to the president. But while Mr. Kushner and his allies say that he has brought more order to the process, the government’s response remains fragmented and behind the curve.”

“Some officials said Mr. Kushner had mainly added another layer of confusion to that response, while taking credit for changes already in progress and failing to deliver on promised improvements. He promoted a nationwide screening website and a widespread network of drive-through testing sites. Neither materialized. He claimed to have helped narrow the rift between his father-in-law and General Motors in a presidential blowup over ventilator production, one administration official said, but the White House is still struggling to procure enough ventilators and other medical equipment.”

“A cheering and applauding crowd of sailors aboard the aircraft carrier USS Theodore Roosevelt wished farewell to their captain, whom the Navy relieved of command after he raised concerns about the spreading coronavirus on his ship in a letter that was leaked to the media,” Stars and Stripes reports.

“Crozier was dismissed Thursday due to a loss of confidence in his ability to command and for not using his chain of command to make service leaders aware of his concerns about the virus outbreak that had infected more than 100 sailors on the ship.”

President Trump said at his daily White House briefing on Friday that the Centers for Disease Control recommended that Americans use basic “non-medical, cloth” masks on a voluntary basis, the New York Times reports,

Said Trump: “You can do it. You don’t have to do it. I’m choosing not to do it. It’s only a recommendation.”

A source familiar told CNN there was a last minute decision to exclude Dr. Anthony Fauci from Friday’s coronavirus briefing at the White House. Fauci must have offended the Don when he recommended on that all states across the U.S. implement stay-at-home orders, according to Axios. “The recommendation stands in contrast to President Trump’s calls for ‘flexibility.’ Nearly 4o states have issued stay-at-home orders to promote social distancing as a way to combat the novel coronavirus — but the orders vary in strictness and duration.”

“In the three weeks since declaring the novel coronavirus outbreak a national emergency, President Trump has delivered a dizzying array of rhetorical contortions, sowed confusion and repeatedly sought to cast blame on others,” the Washington Post reports.

“History has never known a crisis response as strong as his own, Trump says — yet the self-described wartime president claims he is merely backup. He has faulted governors for acting too slowly and, as he did Thursday, has accused overwhelmed state and hospital officials of complaining too much and of hoarding supplies.”

“America is winning its war with the coronavirus, the president says — yet the death toll rises still, and in the best-case scenario more Americans will die than in the wars in Vietnam, Korea, Afghanistan and Iraq combined.”

“The economy is the strongest ever and will rebound in no time, he says — yet stock markets have cratered and in the past two weeks a record 10 million people filed for unemployment insurance.”

Los Angeles Times: “Two months before the novel coronavirus is thought to have begun its deadly advance in Wuhan, China, the Trump administration ended a $200-million pandemic early-warning program aimed at training scientists in China and other countries to detect and respond to such a threat.”

“With some of its golf courses and hotels closed amid the economic lockdown, the Trump Organization has been exploring whether it can delay payments on some of its loans and other financial obligations,” the New York Times reports.

“Representatives of Mr. Trump’s company have recently spoken with Deutsche Bank, the president’s largest creditor, about the possibility of postponing payments on at least some of its loans from the bank.”

Key takeaway: “The Trump Organization’s requests put lenders and landlords in the awkward position of having to accede or risk alienating Mr. Trump.”

Axios: “Congress passed a $2.2 trillion stimulus bill to help struggling Americans and businesses hit hard by the coronavirus. Now, lawmakers on both sides of the aisle worry the agencies responsible for delivering the aid may not be ready for the task.”

“Some fear a repeat of what happened with the botched rollout of the Affordable Care Act in 2013 when the site crashed due to tremendous demand.”

Senate Majority Leader Mitch McConnell told the Lexington Herald Leader there are “bound to be plenty of mistakes” with implementing the massive coronavirus economic relief package he helped negotiate and get signed into law. Said McConnell: “There are bound to be problems. You can’t pass a bill of this magnitude in a week and have a perfect implementation of $2.2 trillion, so sure there are going to be glitches.”

“Employers shed 701,000 jobs in March, the start of a labor-market collapse that could push the U.S. unemployment rate to record highs,” the Wall Street Journal reports.

Key takeaway: “The data doesn’t yet fully reflect the millions of unemployment-insurance claims individuals filed in the last two weeks of March due to the coronavirus pandemic.”

New York Times: “The jobless rate today is almost certainly higher than at any point since the Great Depression. We think it’s around 13 percent and rising at a speed unmatched in American history.”

“The labor market is changing so fast that our official statistics — intended to measure changes over months and years rather than days or weeks — can’t really keep up. But a few simple calculations can help piece together a reasonable approximation.”

“Mortgage lenders are preparing for the biggest wave of delinquencies in history. If the plan to buy time works, they may avert an even worse crisis: Mass foreclosures and mortgage market mayhem,” Bloomberg reports.

“As many as 30% of Americans with home loans – about 15 million households –- could stop paying if the U.S. economy remains closed through the summer or beyond, according to an estimate by Mark Zandi, chief economist for Moody’s Analytics.”

“Leading disease forecasters, whose research the White House used to conclude 100,000 to 240,000 people will die nationwide from the coronavirus, were mystified when they saw the administration’s projection this week,” the Washington Post reports.

“White House officials have refused to explain how they generated the figure — a death toll bigger than the United States suffered in the Vietnam War or the Sept. 11, 2001, terrorist attacks. They have not provided the underlying data so others can assess its reliability or provided long-term strategies to lower that death count.”

Senate Majority Leader Mitch McConnell (R-KY) told the Associated Press that health care must be at the “top of the list” in the next coronavirus rescue package. The Republican leader said Congress should focus on correcting any shortcomings in the just-passed $2.2 trillion aid bill and rely on health care experts for solutions to “wipe out” the virus.

Said McConnell: “There will be a next measure.”

“Speaker Nancy Pelosi shifted her tone on Friday, calling for a much more focused Phase 4 relief package to address immediate needs related to the coronavirus pandemic, a departure from the sprawling legislation she and other top Democrats were pushing earlier this week,” Politico reports.

Said Pelosi: “Let’s do the same bill we just did, make some changes to make it current. While I’m very much in favor of doing some things we need to do to meet the needs — clean water, more broadband, the rest of that — that may have to be for a bill beyond that right now.”

Politico: “Already anxious about Trump’s chances in the nation’s biggest swing state, Republicans now are dealing with thousands of unemployed workers unable to navigate the Florida system to apply for help. And the blowback is directed straight at Trump’s top allies in the state, Gov. Ron DeSantis and Sen. Rick Scott.”

“Privately, Republicans admit that the $77.9 million system that is now failing Florida workers is doing exactly what Scott designed it to do — lower the state’s reported number of jobless claims after the great recession.”

Said one DeSantis adviser: “It’s a shit sandwich, and it was designed that way by Scott. It wasn’t about saving money. It was about making it harder for people to get benefits or keep benefits so that the unemployment numbers were low to give the governor something to brag about.”

“The probe, which Democrats vigorously oppose, has fueled tension among the Senate’s ranks, even breaking out into a rare and previously unreported verbal altercation between senators during a classified briefing.”

The scariest line in the new CBO’s economic forecast to account for the pandemic: “CBO expected the effects of job losses and business closures to be felt for some time; the unemployment rate underlying the cost estimate was 9 percent at the end of 2021.”

“Hours after Florida Gov. Ron DeSantis (R) issued a statewide stay-at-home order Wednesday, he quietly signed another one that overrides restrictions put in place by local governments to halt the spread of coronavirus,” the Tampa Bay Times reports.

“The second order states that new state guidelines that take effect Friday morning ‘shall supersede any conflicting official action or order issued by local officials in response to COVID-19.’ In other words, local governments cannot place any limitations that would be more strict than the statewide guidelines.”

New York Times: “In recent days, the two sides have settled on a tentative, uneasy truce. They have agreed to hold fire on public sniping over the virus and to look for ways to cooperate to slow the contagion. Some American officials had recognized that the deteriorating state of relations — at the worst point since the Tiananmen Square massacre in 1989 — was impeding global efforts to fight the pandemic.”

“Several of Mr. Trump’s aides quietly reached out to Chinese officials through American businessmen with extensive ties in China, according to people familiar with the efforts. National security officials and China hawks in the State Department are skeptical the détente will last, but several top advisers to Mr. Trump have advocated restraint — notably Jared Kushner, Mr. Trump’s son-in-law; Steven Mnuchin, the Treasury secretary; and Larry Kudlow, the director of the National Economic Council.”