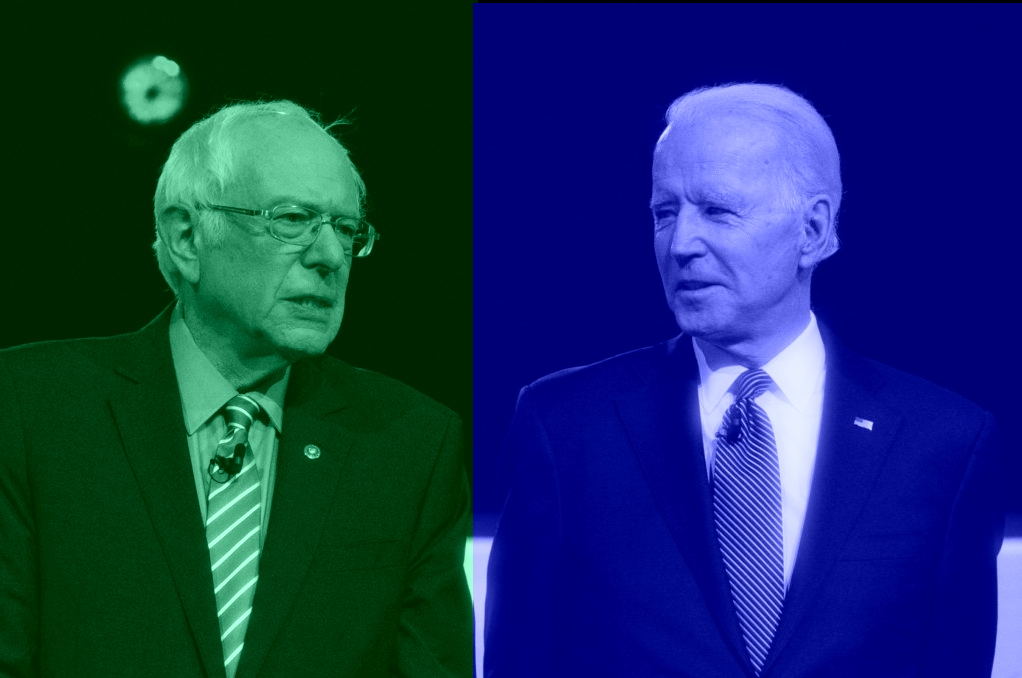 A new AP-NORC poll finds 44% of Americans support President Trump’s oversight of the coronavirus pandemic, in line with his overall 43% approval rating.

The poll shows that 78% of Americans back requiring citizens to stay in their homes except for essential errands.

In the new Marquette Law School Poll in Wisconsin of the Democratic primary, Joe Biden leads with 65% of the vote, while 32% support Bernie Sanders.

A Public Policy Polling survey in Pennsylvania — a state Trump won in 2016 — shows him with an upside down approval rating of 46% to 49%. Contrast that with Gov. Tom Wolf’s (D) approval of 62% to 20%. Wolf’s net approval is astonishing 45 points better than Trump’s.

A Public Policy Polling survey in North Carolina — also a state Trump won last time — shows him with a negative approval rating of 47% to 48%. Compare that to Gov. Roy Cooper’s (D) approval of 56% to 25%. Cooper’s net approval is a whopping 40 points better than Trump’s.

“Two weeks ago, 43% said the administration wasn’t doing enough in the days following the initial measures deployed to reduce the impacts of the virus, while 39% said it was doing the right amount. While the new poll was conducted before the extension of the household isolation recommendations, it comes as other polls suggest the positive marks Trump earned for his early response to the crisis are turning more negative.”

Rep. Jim Clyburn (D-SC) has said that Joe Biden should select a black woman as his running mate, but he was pretty firm in an interview with the Washington Post.

Said Clyburn: “I say a black woman as opposed to a minority. It needs to be a black woman. Biden is winning black women overwhelmingly.”

“President Trump’s allies are trying to contain a politically risky election-year fight with Michigan Gov. Gretchen Whitmer as he struggles to balance presidential politics with a global pandemic in one of the nation’s most important swing states,” the AP reports.

“Both sides have tried to de-escalate the feud this week, although Trump’s supporters in particular sought to downplay tensions that ratcheted up over the weekend when the Republican president unleashed a social media broadside against Whitmer, a Democrat who had been critical of the federal government’s response to the coronavirus outbreak. Trump has clashed with other Democratic governors as well, but he saved his most aggressive insults for the first-term female governor who is considered a leading vice presidential prospect for his opponent.”

Said Biden: “It’s hard to envision that. We ought to be able — we were able to do it in the middle of the Civil War all the way through to World War II — have Democratic and Republican conventions and primaries and elections and still have public safety. And we’re able to do both. But the fact is it may have to be different.”

“Sen. Kelly Loeffler’s (R-GA) most recent financial disclosures show that millions of dollars in stocks were sold on her behalf at the same time Congress was dealing with the impact of the coronavirus,” the Atlanta Journal Constitution reports.

“During the same time period reflected on reports filed late Tuesday, the couple also sold shares in retail stores such as Lululemon and T.J. Maxx and invested in a company that makes COVID-19 protective garments. The Atlanta Journal-Constitution got the first look at these reports, covering mid-February through mid-March and shedding new light on Loeffler’s financial transactions during the pandemic. Previous reports — which have put Loeffler in the national spotlight — covered her trading during the first six weeks of 2020.”

Joe Biden confirmed that Michigan Gov. Gretchen Whitmer (D) is one of the women he’s considering as a potential running mate in his White House bid, the Detroit Free Press reports.

Said Biden on MSNBC: “She made the list in my mind two months ago. There’s probably going to be a list, I’m in the process of, Brian, we’ll have it by mid-April, putting together an organization that will run the background checks…by the second or third week in April.”

“Gov. Tony Evers has agreed to use members of the Wisconsin Army National Guard to work at the polls during the April 7 election amid a massive shortage of poll workers that is leaving some communities without anyone to give voters ballots on Election Day,” the Milwaukee Journal Sentinel reports.

“More than 100 communities in Wisconsin don’t have any poll workers for the spring election in six days and a record number of voters are overwhelming clerks with absentee ballots — leading to warnings that thousands of votes may not be counted.”