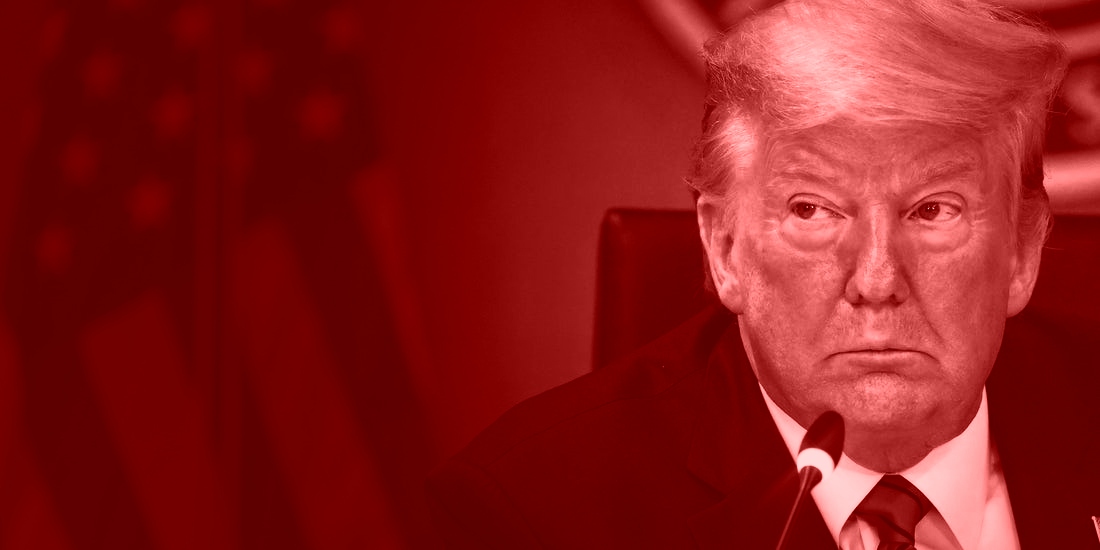 Dr. Deborah Birx told NBC News there would likely be at least 100,000 to 200,000 deaths linked to the coronavirus in the United States.

She noted that’s the best case scenario: “If we do things together well, almost perfectly, we could get in the range of 100,000 to 200,000 fatalities… The best case scenario would be 100% of Americans doing precisely what is required, but we’re not sure… that all of America is responding in a uniform way to protect one another.”

Many states have requested ventilators, face masks and other essential equipment from the federal emergency stockpile as their hospitals ramp up for the coronavirus pandemic, but only Florida has gotten 100 percent of what it asked for, the Washington Post reports.

Wall Street Journal: “Congress has passed a $2 trillion rescue plan but before those funds start to flow, American companies from the owner of a single liquor store in Boston to corporate giants like Macy’s Inc., must decide what to do about April’s bills: Which obligations do they pay and which can they put off? How many employees can they afford to keep on the payroll? Can they get a break on rent? The decisions they make this week could shape how deeply the economy is damaged by the coronavirus pandemic.”

Maryland Gov. Larry Hogan (R) on Monday issued a stay-at-home order for Marylanders to stop the spread of the coronavirus, the Baltimore Sun reports. Said Hogan: “We are no longer asking.”

Rep. Mark Meadows will resign from Congress on Monday as he prepares to officially become White House chief of staff, CNN reports. Meadows’ resignation is expected to be effective at 5 p.m. ET.

President Trump openly admitted on Fox & Friends that if voting were made easier — as Democrats pushed for in the $2.2 trillion relief bill — Republicans wouldn’t win elections.

Said Trump: “The things they had in there were crazy. They had levels of voting, that if you ever agreed to it you’d never have a Republican elected in this country again.”

Daily Beast: “The worsening coronavirus outbreak may be stretching the limits of the U.S. health care system and overwhelming state governments, but that isn’t deterring a group of 18 state attorneys general from plowing ahead with a lawsuit that could overturn the Affordable Care Act within a year—a move that could disrupt the health care system at a time of deep crisis.”

“This fall, Texas Attorney General Ken Paxton is slated to argue in the U.S. Supreme Court on behalf of 17 Republican attorneys general—and against 21 Democratic attorneys general—that Obamacare is unconstitutional and must be struck down immediately.”

James Poniewozik: “Mr. Trump became a prime-time star through TV, a political figure through TV and a president through TV. But he has not, as president, had what he had with NBC’s The Apprentice: a regular TV show in which he plays an executive in control.”

“Now, the coronavirus briefings have given him a new, live and unfiltered daily platform before a captive national audience. True to his résumé, he has conducted them as a kind of reality TV, or rather, create-your-own-reality TV.”

“In this reality — often subject to later fact-checking by the press or to backpedaling by staff — help and needed equipment are always just around the corner. Accurate reports of his conflicts with governors over federal support are ‘fake news.’ And no one could have anticipated a pandemic like this, despite warnings, playbooks and public-health infrastructure intended to do exactly that.”

“In its short life, for all its dead-serious subject matter, the program has developed the structure, rhythm and characters of a weekly reality show.”

“As Liberty University’s spring break was drawing to a close this month, Jerry Falwell Jr., its president, spoke with the physician who runs Liberty’s student health service about the rampaging coronavirus,” the New York Times reports.

“So Mr. Falwell — a staunch ally of President Trump and an influential voice in the evangelical world — reopened the university last week, igniting a firestorm, epidemiologically and otherwise. As of Friday, nearly a dozen Liberty students were sick with symptoms that suggest Covid-19, the disease caused by the virus.”

McKay Coppins: “Some of the more brazen departures from public-health consensus have carried a whiff of right-wing performance art. Jerry Falwell Jr., an outspoken Trump ally and president of the evangelical Liberty University, made headlines this week for inviting students back to campus over objections from local officials. The conservative website The Federalist published a trollish piece proposing ‘chicken-pox parties’ as a model for strategically spreading the coronavirus. Throughout the conservative media, calls to reopen the economy—even if it means sacrificing the sick and elderly—are gaining traction.”

Said conservative radio host Glenn Beck: “I would rather die than kill the country.”

“This dynamic is playing out in small ways across the country. Bret, a sales representative from Plano, Texas, who asked that I not use his last name, proudly told me how unfazed he and his conservative neighbors were by the threat of an outbreak. In his view, the recent wave of government-mandated lockdowns was a product of panic-mongering in the mainstream media, and he welcomed Trump’s call for businesses to reopen by Easter.”

Axios: “We wait and watch Wuhan and China to see if life really does return to normal once the virus is contained. The global economy hinges on this light at the end of the tunnel.”

“We wait and watch Italy to see when its daily death rate peaks, plateaus and then plunges. This will give us a sense of how long highly concentrated outbreaks elsewhere might last.”

“We wait to see when New York hits its apex (two to three weeks, experts say) and watch how bad it gets. We also watch New Orleans and Detroit to see if New York is an early indicator or an anomaly.”

“A drug President Trump backed as a possible ‘game changer’ in the fight against the coronavirus pandemic received an emergency-use designation from U.S. regulators, even as signs of risk continued to mount,” Bloomberg reports.

Gabriel Sherman: “When I’ve been talking to Fox insiders over the last few days, there’s a real concern inside the network that their early downplaying of the coronavirus actually exposes Fox News to potential legal action by viewers who maybe were misled and actually have died from this. I’ve heard Trish Regan’s being taken off the air is, you know, reflective of this concern that Fox News is in big trouble by downplaying this virus.”

“I think this is a case where Fox’s coverage, if it actually winds up being proved that people died because of it, this is a new terrain in terms of Fox being possibly held liable for their actions.”

“This wasn’t the fear you read about in front-page headlines or hear about on the evening news. None of us was on death’s door. None of us was being admitted to an over-capacity hospital. None of us was retracing routes of infection through dozens of family members and friends. Our fear was one step removed. We were waiting. We were—like the vast majority of Americans—reading those headlines, watching those newscasts, wondering when it might be our turn.”

“The Justice Department has started to probe a series of stock transactions made by lawmakers ahead of the sharp market downturn stemming from the spread of coronavirus,” CNN reports.

“The inquiry, which is still in its early stages and being done in coordination with the Securities and Exchange Commission, has so far included outreach from the FBI to at least one lawmaker, Sen. Richard Burr, seeking information about the trades.”

A new survey of leading economists by the University of Chicago finds that none of them support abandoning severe lockdowns when the likelihood of a resurgence in coronavirus infections could lead to greater total economic damage.

That’s a remarkable consensus: None of them support reopening the economy at this point.

“When President Trump came to office, he promised a new day with America’s manufacturers, casting himself as the first president who understood their needs. He toured factory floors, often handing out his signature ‘Make America Great Again’ hats,” the New York Times reports.

“Yet in the first national crisis that required harnessing American manufacturing ingenuity and ramping up production of ventilators, perhaps the most crucial piece of equipment for patients in crisis, the White House’s ability to gather the power of American industry crumpled.”

“Government officials across the U.S. are using location data from millions of cellphones in a bid to better understand the movements of Americans during the coronavirus pandemic and how they may be affecting the spread of the disease,” the Wall Street Journal reports.

“The data—which is stripped of identifying information like the name of a phone’s owner—could help officials learn how coronavirus is spreading around the country and help blunt its advance. It shows which retail establishments, parks and other public spaces are still drawing crowds that could risk accelerating the transmission of the virus… In one such case, researchers found that New Yorkers were congregating in large numbers in Brooklyn’s Prospect Park and handed that information over to local authorities.”