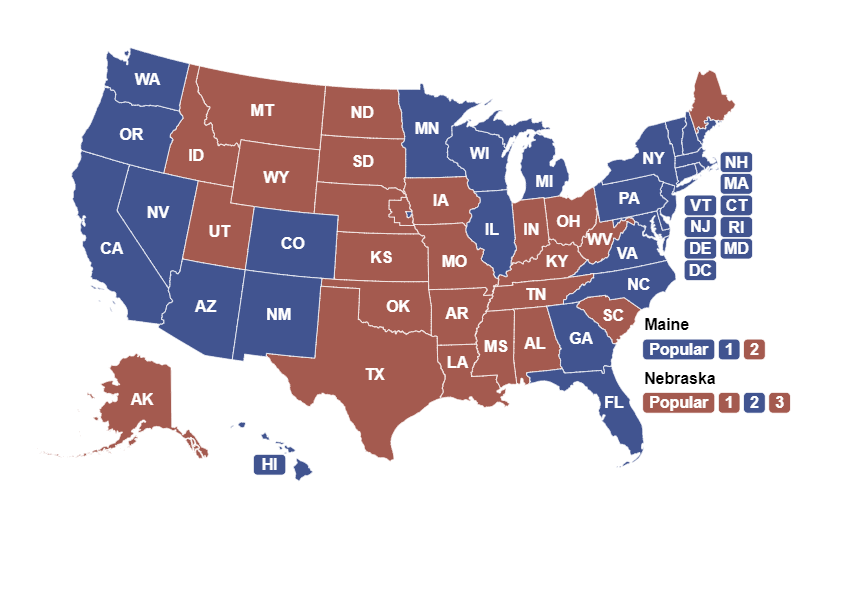 A new CBS/YouGov poll asked Democrats who they trust for information on the coronavirus pandemic. Their answers are instructive: the CDC 87%, your governor 75%, the media 72%, friends and family 72%, religious leaders 44%, President Trump 14%.

Gabe Debenedetti: “Not one of the top Biden associates I spoke with in the last week had much doubt where he would ultimately focus a lot of his eventual vetting: his former rivals Kamala Harris, Elizabeth Warren, and Amy Klobuchar. Realistically, a congressman close to the Biden inner circle predicted, no matter what happens, ‘the final five will include those three.’”

“Keeping in mind his own experience and his age, the former veep, 77, has always insisted to friends that his running mate must be ready to be president. But people close to him say he has recently become increasingly explicit that he may be choosing his own replacement, and that the candidates’ competence is now likely to be front and center in his considerations.”

A Biden Super PAC is out with a new ad that sounds like it could be the theme of Joe Biden’s presidential campaign for the next seven months.

— Joe Biden, quoted by ABC News, when asked if there should be more Democratic presidential debates.

“Since his staff announced last week that he is reassessing his campaign, Bernie Sanders has not yet definitively said whether he is still running. But he’s given every indication he’s pressing forward — and perhaps remaining in the presidential race for months to come,” Politico reports.

“Despite Joe Biden’s nearly insurmountable delegate lead, the Sanders campaign said he plans to participate in an April debate, if one happens. His team has held volunteer organizing calls in the past week in New York and Pennsylvania, which are planning to hold their primaries perhaps as late as June. And his campaign is also touting that it is ramping up staff in New York, which a senior aide said is ‘a sign that he is still in.’

“Sanders, who hasn’t aired ads or fundraised since losing badly in the March 17 primaries, could still very well call things off. But one thing is certain: He’s not acting like a candidate who’s finished with the primary.”

A new Morning Consult poll finds 74% of voters support a national quarantine, limiting activity except essential trips such as to the grocery store and the pharmacy.

“A mystery of the 2020 election was solved Tuesday as it became clear the Montana Republican Party paid for an effort to qualify the Montana Green Party for the ballot this election,” the Missoulian reports.

“Earlier this year paid petitioners appeared in Montana’s larger cities gathering signatures to qualify the Greens to run candidates this cycle, even though the Montana Green Party has made clear it did not do any work to qualify for the ballot this year and had not planned to run any candidates.”

According to the political betting markets, Gov. Andrew Cuomo is now more likely than Sen. Bernie Sanders to be the Democratic presidential nominee.

Democratic strategist Lis Smith tells Vanity Fair that expecting President Trump’s blunders to have political consequences all by themselves would be a huge mistake, as polls are already showing.

Said Smith: “That line of thinking drives me fucking nuts. Democrats always think that there’s going to be some divine intervention, that Trump will somehow self-destruct. That is a losing strategy.”

Jennifer Palmieri added: “What we used to think of as a politician setting himself on fire is how Trump thrives.”

Joe Biden is calling on Florida Gov. Ron DeSantis (R) to take more action to combat the coronavirus spread in the state amid scrutiny over the governor’s response to the crisis, The Hill reports.

Said Biden: “While other large states continue to take strong, urgent, and sweeping action to stop the spread of COVID-19, Florida has not. I urge Governor DeSantis to let the experts speak to the public and explain why this is the case.”

Politico: “Republicans said Tuesday they’re forging forward with their national convention in Charlotte, North Carolina, this summer, even as the coronavirus is shuttering high-profile events across the country.”

“Democrats have also said they plan to move forward with their summer convention in Milwaukee. But the Democratic National Committee issued a statement on Monday that appeared to hedge, saying the party was ‘exploring a range of contingency options to ensure we can deliver a successful convention without unnecessary risk to public health.’”

John Harris: “President Trump’s vow Tuesday that he would ‘love to have the country opened up and just raring to go by Easter,’ less than three weeks from now, was the clearest signal yet of the political logic he hopes to follow in a presidential campaign shadowed by global pandemic.

“He is eager to own the only good thing about a crisis that has paralyzed the country and left millions of people in housebound despair: The reality that life will at some point slowly lurch back to normal.

“He is determined to make other people — specifically, governors and public health officials — own everything else, including the reality that massive shutdowns will continue long after the Christian holy day on April 12.”

“If Trump had political capital to spend heading into this crisis, that would be one thing. But after the Russia investigation was followed in short order by the Ukraine scandal, Trump’s political capital tank is already on empty, with few Americans outside of Republicans capable of trusting him. Trump will be heading into the fall with the dubious distinction of being the most embattled, controversial, and scandal-plagued president to seek reelection in the history of the republic — and that was before this virus emerged to create a massive public health disaster and destroy his strongest claim for reelection: the economy.”