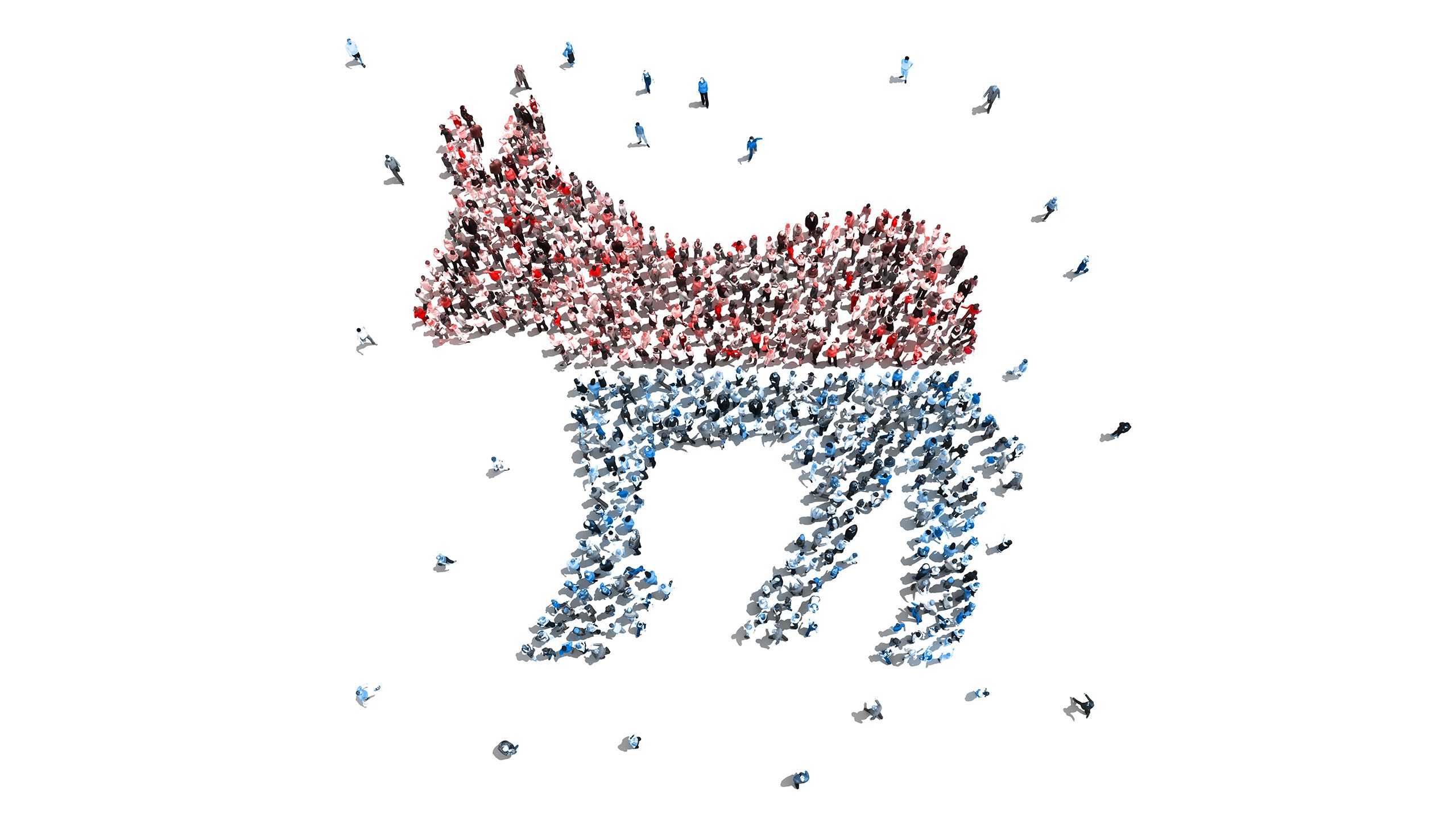 Associated Press: “U.S. elections have been upended by the coronavirus pandemic. At least 13 states have postponed voting and more delays are possible as health officials warn that social distancing and other measures to contain the virus might be in place for weeks, if not months.”

“The states that have yet to hold their primaries find themselves in a seemingly impossible situation as they look to balance public health concerns with the need to hold elections. While election officials routinely prepare for natural disasters such as hurricanes and wildfires, the virus outbreak poses a unique challenge.”

A new Monmouth poll finds more Americans say President Trump has done a good job rather than bad job dealing with the coronavirus outbreak, 50% to 45%.

Governors, though, get even better ratings for handling the outbreak, with 72% of the public saying their state’s governor has done a good job to just 18% a bad job.

To help contain the spread of coronavirus, California Gov. Gavin Newsom said that all voters in Congressional District 25 should receive ballots in the mail ahead of May 12 special election triggered by the resignation of Rep. Katie Hill (D-CA), the Ventura County Star reports.

“A former field organizer for Michael Bloomberg filed a proposed class-action lawsuit against his presidential campaign Monday, arguing that she and thousands of others laid off this month had been tricked into taking jobs they were told would last until November,” the New York Timesreports.

In dismissing the workers eight months earlier than promised, the complaint said, the campaign had “deprived them of promised income and health care benefits, leaving them and their families potentially uninsured in the face of a global pandemic.”

Sen. Amy Klobuchar (D-MN) announced that her husband has been hospitalized with the coronavirus.

“We just got the test results at 7 a.m. this morning. While I cannot see him and he is of course cut off from all visitors, our daughter Abigail and I are constantly calling and texting and emailing. We love him very much and pray for his recovery. He is exhausted and sick but a very strong and resilient person.”

Jon Meacham: “As we enter a prolonged period of disease, death and economic pain, we must think hard about presidential leadership — about what we need, what we want and what we must demand. Roosevelt met the moment because of his empathy, his life experience, his faith in America and his insistence on the centrality of fact. We are almost certainly facing a choice in November between Donald Trump and former vice president Joe Biden. So, it’s time to ask: Which of these men is more likely to approximate our greatest 20th-century crisis president?”

“Donald Trump won’t be the last American president. But history — ancient and recent — tells us that, come November, we ought to make Joe Biden the next one.”

The Cook Political Report updates its electoral college forecast and shows Joe Biden leading Donald Trump, 232 to 204 with another 102 electoral votes up for grabs.

New York Times: “After three years of Republicans’ championing signs of financial prosperity that were to be Mr. Trump’s chief re-election argument, the president has never needed a new message to voters as he does now, not to mention luck. At this point, the president has one clear option for how to proceed politically, and is hoping that an array of factors will break his way.”

“The option, which he has brazenly pushed in recent days, is to cast himself as a ‘wartime president’ who looks in charge of a nation under siege while his likely Democratic opponent, former Vice President Joseph R. Biden Jr., is largely out of sight hunkered down in Delaware. This gambit, however, requires a rewriting of history — Mr. Trump’s muted approach to the virus early on — and it’s far from clear if many voters will accept the idea of him as a wartime leader.”

Politico: “The 2008 financial crisis reshaped American politics, birthing a politics of outrage in the Tea Party on the right and an enduring strain of progressive populism on the left. The coronavirus is already on a similar trajectory, triggering massive prospective bailouts and other policy proposals that stand to rewire the Republican and Democratic parties for a generation — or longer.”

“Last week, Republicans joined Democrats — and in some cases got in front of them — in calling for direct payments to Americans to help cope with the economic fallout from the pandemic. The Trump administration, after laboring for years to repeal Obamacare, said it was considering creating a special enrollment period for the program due to the coronavirus. When Donald Trump himself suggested the government could take equity stakes in private companies that receive federal aid, it was a Democratic governor, Colorado’s Jared Polis, who accused the president of being a socialist.”

“The immediate effects of the pandemic on blurring the parties’ ideological distinctions have been acute — and the virus’ toll still remains far from reaching its peak.”

Politico: “The impeachment furor that consumed Washington for nearly a year has dissipated amid a far more urgent political storm: the coronavirus outbreak. Any trace of President Donald Trump’s impeachment has vanished from Capitol Hill, cable news and the campaign trail. And long gone is the pervasive sense of anxiety that once gripped vulnerable Democrats after their votes to impeach Trump, which they feared could cost them their seats and possibly control of the House.”

“Instead, the battle for Congress is more likely to be redefined by a highly infectious and mysterious virus that has spread into every state, pulverized the economy and thrust lawmakers into a crisis-governing mode unseen since the Great Depression.”

Rep. Ben McAdams (D-UT), who has a confirmed case of COVID-19, said Sunday night that he was admitted to the hospital Friday evening after suffering “severe shortness of breath,” the Salt Lake Tribune reports.

Said McAdams: “I was admitted and have been receiving oxygen as I struggled to maintain my blood oxygen at appropriate levels. Iam now off oxygen and feeling relatively better and expect to be released as soon as the doctors determine it is appropriate.”

Playbook: “Sens. Rand Paul has Covid-19. Both Mike Lee (R-UT) and Mitt Romney (R-UT) are self-quarantining after coming into close proximity to Paul, and aren’t voting. Sen. Rick Scott (R-FL) and Cory Gardner (R-CO) are already under self-quarantine — although they could be back in the Senate this week.”

“The Senate on Sunday was 48 Republicans, 47 Democrats. Leadership expects additional quarantines in the next day or so. Republicans could lose their majority at this rate.”

Joe Biden has a shortlist of more than six women to be his running mate and will start the vetting process “in a matter of weeks,” he said Sunday during a call with donors, Politico reports.

“When the Democratic National Committee decided to move its convention up to mid-July—roughly two weeks earlier than in 2016—it was billed as a way to give the party’s nominee more time to focus on President Trump and spend general election dollars earlier,” the Wall Street Journal reports.

“The coronavirus pandemic is making that move seem riskier in retrospect, as Democrats face the possibility that much of the nation will be hunkered down for weeks or months to come. The earlier timetable is placing greater pressure on the party to decide whether the convention will move forward as planned.”