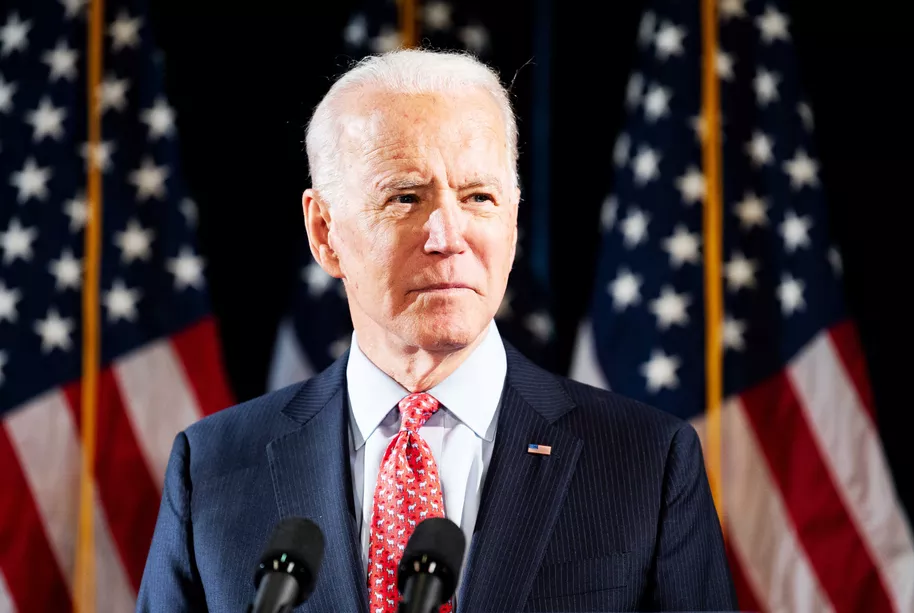 I have a feeling the good Senator Bernard Sanders will be departing the race soon, so this just might be the final primary campaign report. Well, no. Because I will have to post one about that announcement, if and when it comes. But why do I think the end might be near for the Sanders campaign? “Bernie Sanders’ presidential campaign currently has no active Facebook ads, the morning after another disappointing finish in a series of primary contests,” Axios reports.

“A pause in digital advertising spend on Facebook has been a good indicator that candidates are dropping out of the 2020 race before. Pete Buttigieg and Michael Bloomberg made their Facebook ads inactive hours before they suspended their campaigns.”

Joe Biden is poised to walk away from Tuesday’s primaries with a nearly insurmountable delegate lead over Bernie Sanders after winning Florida, one of the biggest states of the primary calendar, according to NBC News projections.

Slate: “The race is effectively over. Biden has built up an insurmountable delegate lead and, barring some major medical issue—we hear there’s a bug going around?— he will be the Democratic presidential nominee.”

“It seemed hard to imagine that Democratic voters could speak with any clear voice just two and a half weeks ago, when there were still seven Democratic candidates jockeying for a percentage point or a delegate here and there. More than half of pledged delegates will have been allotted once Tuesday’s results are final, and Democratic voters couldn’t speak much more clearly.”

Martin Longman says it’s time for Bernie to concede. “He can no longer hope to win the nomination through the primary process, but of course, he can still maximize how many delegates he will send to the party’s convention. This would help him have influence over the platform and any rules changes affecting future elections, but the convention probably will take place in strictly virtual space online rather than in a Milwaukee arena as planned. It just seems hard to justify continuing the campaign in these circumstances.

Barring illness, Joe Biden will be the nominee and he should be focused on the campaign against Trump and on assembling a team that can take over in January and get right to work trying to manage one of the worst catastrophes any of us has seen in our lifetimes. If Sanders can be helpful in that effort, that will be great, but he certainly shouldn’t impede Biden by distracting him.

I suspect this will be clear to Sanders soon, and probably long before three weeks have elapsed. But it’d be nice if he made his decision before events force his hand.”

Peter Enns and Jonathon Schuldt: “Joe Biden is now the presumptive Democratic nominee for president — after a primary involving months of campaigning, 28 Democratic candidates and over $1 billion in ads. Did any of that affect the result? Not much, our research suggests — but they weren’t meaningless.”

Politico: “It’s the zombie primary now. For all practical purposes, the Democratic nominating contest was over after Joe Biden won Michigan and Washington last week, then stretched his delegate lead by sweeping Florida, Illinois and Arizona on Tuesday night. Bernie Sanders has almost no chance of catching him.”

“Yet because of the coronavirus, the presidential campaign is suspended in time. Rallies are off. Campaign workers, like many other people, are sheltering in place. On Tuesday, Maryland became the fifth state to postpone its election, and more states are expected to follow. The postponements have left an unexpected opening for Sanders to soldier on, even as his prospects fade. The pandemic, which first sapped the primary of life, is now extending it.”

More than 80 career national security professionals have signed an open letter of support for Democratic presidential candidate Joe Biden, saying that President Trump “has created an existential danger to the United States,” the Washington Post reports.

Most of the signatories, who include career diplomats, intelligence officers and defense policymakers, have served both Republican and Democratic administrations.

“In other words, the delegate math just got a lot tougher. We knew it would get tougher because these aren’t Sanders states, but Biden registered the kind of margins he needs to begin putting this race out of reach.”

The Guardian: “A new memo from the Democratic National Committee panel that handles delegate selection for the presidential nomination warns that state parties that hastily change the ‘first determining step’ of their own process could be subject to penalties – including a 50% reduction in delegates. The memo also says the panel is looking at ways to adjust how delegates are selected in response to the coronavirus pandemic.”

Washington Post: “Sanders and his wife, Jane, are expected to reach a decision together about the future of the campaign, people in frequent contact with them said, taking input from advisers but making the call on their own. Many Democrats are waiting anxiously to see what Sanders says on Wednesday about the future of the race, if anything.”

The Hill reports Sanders will “assess his campaign” after losses.

The Sanders campaign issued this statement: “The next primary contest is at least three weeks away. Sen. Sanders is going to be having conversations with his supporters to assess his campaign. In the immediate term, however, he is focused on the government response to the coronavirus outbreak and ensuring that we take care of working people the most vulnerable.”

Stuart Rothenberg: “More than 14 months ago, I wrote a column in this space suggesting that the 2020 presidential contest was a toss-up, but one that tilted toward the Democrats. I offered caveats about the economy and the Democratic nomination, acknowledging that there was ‘no way of knowing what events will draw America’s attention 18 or 20 months from now.’ Now, the landscape has changed.”

“Democrats are likely to be united in the fall, and President Trump’s standing is stuck where it has been for many months. There are also more questions about presidential leadership and the economy, which the president has been relying on to help him win a second term.”

“The president is an underdog now in his bid for a second term.”

A new Politico/Morning Consult poll finds a combined 41% of Americans rate President Trump as “excellent” or “good” for his response to the coronavirus, while 52% rate it as “poor” or “only fair.”

Voters split sharply along party lines: Only 10% of Democratic voters rate Trump’s handling of the situation as “excellent” or “good,” compared to 80% of Republicans who give Trump the same ratings.

Jonathan Bernstein: “Most political scientists have found that running mates just don’t make much of a difference in general-election outcomes — perhaps a percentage point or two in their home states, but that’s about it. So my advice to Biden or any nominee is always the same: Be risk-averse when it comes to the general election, and after that pick someone who would be good at the job and at the presidency.”

“If vice presidents can’t help a ticket much, they surely can harm one if they wind up involved in scandal. It’s not certain to destroy a candidacy or even necessarily hurt it — scandal-ridden running mates such as Richard Nixon in 1952, Geraldine Ferraro in 1984 and Dan Quayle in 1988 probably didn’t actually cost Dwight Eisenhower, Walter Mondale or George H.W. Bush any votes. But there is evidence that Sarah Palin was damaging in 2008, and it’s almost certain that the withdrawn selection of Thomas Eagleton contributed to the disaster that was George McGovern’s 1972 general-election campaign.”

“What all of these selections have in common is that none of them had previously run for president. And that’s my advice: Choose someone who has not only won a statewide campaign but has been vetted by running a national campaign.”

“The state of Alabama is postponing its scheduled March 31 primary runoff in the Senate race between Jeff Sessions and former Auburn University football coach Tommy Tuberville,” the AP reports.

“Saying having people stand in line to vote is too risky right now, Alabama Gov. Kay Ivey said the runoff is being rescheduled to July 14. The winner will face U.S. Sen. Doug Jones in November.”

Said Demings: “I grew up the daughter of a maid and a janitor, I grew up poor, black and female in the South. Someone who was told a lot of times that I wasn’t the right color or gender. I didn’t have enough money. I didn’t have a famous last name, my maiden name of Butler appeared on no buildings. But my mother pushed me and said, ‘No, you can make it. If you work hard and play by the rules, you can be anything you wanna be and do anything you wanna do.’ That’s the message I send to children all over this nation.”

She added: “So the fact that my name is being called in such a special way for such an important position during such a critical time, it’s such an honor.”