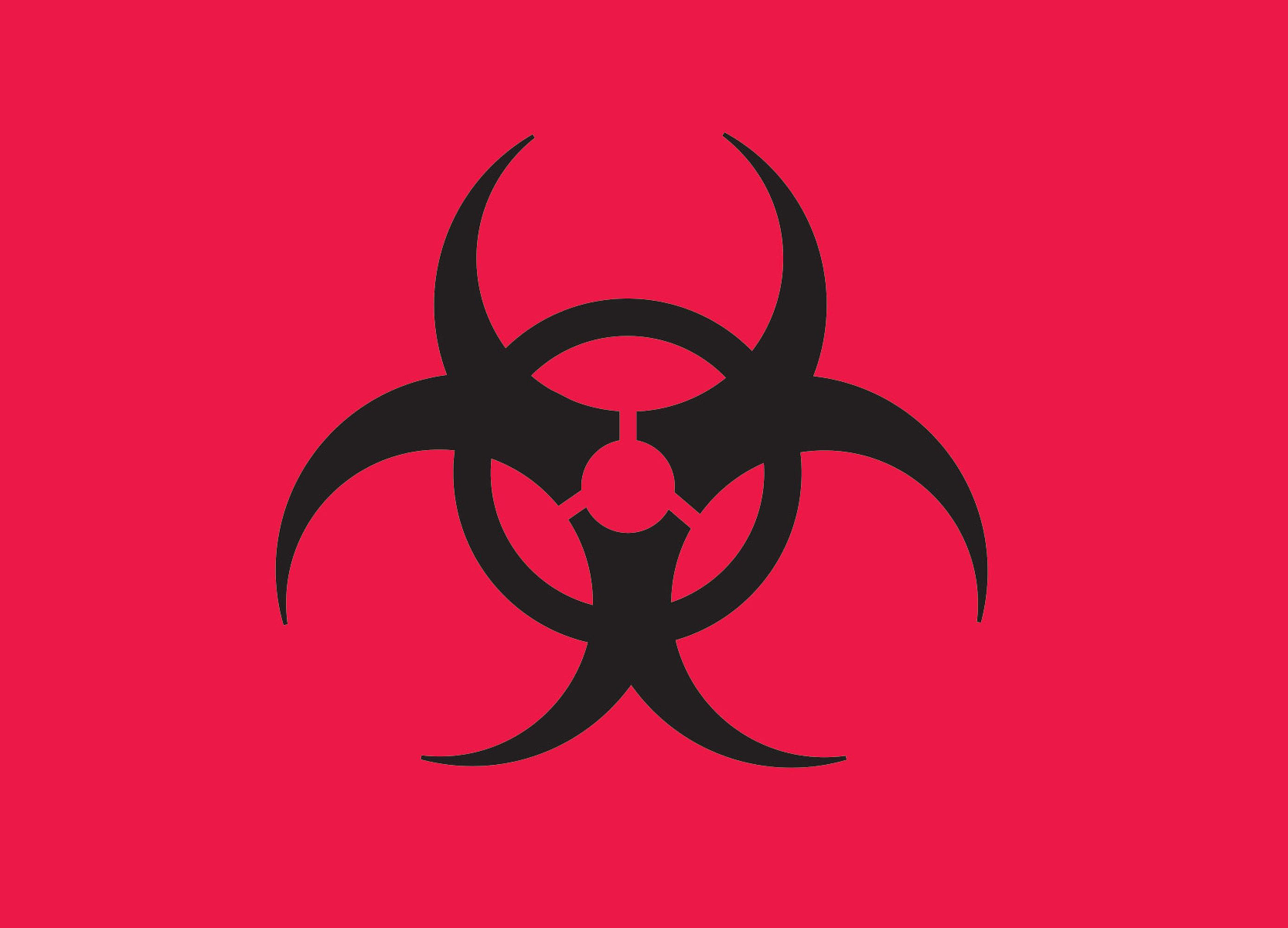 Axios: “Vice President Mike Pence announced Saturday that all travel to Ireland and the United Kingdom will be suspended, effective midnight EST on Monday. He said that Americans abroad in those countries can return home.”

“The administration initially left the two off its restricted travel list, but that case has been weakened due to an uptick in cases in the UK.”

Time: “France ordered the closing of just about everything the rest of the world loves about it — the Eiffel Tower, the Louvre, the cafes, restaurants and cinema — and Spain drew up plans Saturday to lock down its 46 million citizens as governments took increasingly desperate measures to put more space between people and contain the coronavirus.”

“Sporting events, concerts and other ‘mass gatherings’ will be cancelled from next week after Boris Johnson performed an about-turn over the Government’s handling of coronavirus,” the Telegraph reports.

“The Prime Minister decided to ban major events just 24 hours after insisting he would not be following Scotland’s lead in outlawing crowds of more than 500 people.”

The White House physician said in a letter that President Trump’s test for coronavirus came back negative. He’d had contact with several people who later tested positive. Thus, until such time that an independent doctor conducts a test on the President and releases to the public the lab report and test results, the White House is not to be believed. They and he have lied too often to get the benefit of the doubt here.

“The White House announced Saturday that it is now conducting temperature checks on anyone who is in close contact with President Trump and Vice President Mike Pence,” the AP reports.

New York Times: “It was a lavish, festive, carefree evening at Mar-a-Lago a week ago Saturday in what in hindsight now seems like a last hurrah for the end of one era and the beginning of another. In the days since then, the presidential estate in Florida has become something of a coronavirus hot zone. At least four Mar-a-Lago guests from last weekend have said they are infected and others have put themselves into quarantine.”

“So far, neither the president nor his family has reported feeling sick or is known to have isolated themselves.”

“But the Mar-a-Lago petri dish has become a kind of metaphor for the perils of group gatherings in the age of coronavirus, demonstrating how quickly and silently the virus can spread. No one is necessarily safe from encountering it, not senators or diplomats or even the most powerful person on the planet seemingly secure in a veritable fortress surrounded by Secret Service agents.”

“Acting Brazil ambassador Nestor Forster, who sat at President Trump’s table Saturday night during a dinner at Mar-a-Lago, has tested positive for the novel coronavirus, the embassy said late Friday,” the Washington Postreports.

“Forster is the third person who visited the president’s South Florida resort last weekend to test positive for the virus.”

Wall Street Journal: “The U.S. economic outlook hangs in large part on whether business leaders respond to the new coronavirus crisis as they have with many past shocks: by laying off masses of American workers.”

“So far they have largely avoided the tactic. But the pressure on companies to squeeze costs is building as consumers, governments and others pull back on activity. Purges of workers could become unavoidable in some industries such as shipping, air travel, retailing and dining as demand slows.”

Bloomberg: “Here’s something to ponder as you consider Friday’s roaring rebound in equities. To undo the worst stock market crash since 1987, it took the biggest rally since October 2008.”

“That’s right: The last time shares surged this much, it came smack in the middle of the worst month in 33 years, one the S&P 500 finished down 17%. So while Wall Street was naturally thrilled to finish its most volatile stretch since the financial crisis on an up note, nobody was ready to call the bottom.”

“Another thought, to leaven the ecstasy. Last time stocks rose 9% in one session then fell 9% in the next, it was 1931. Also a less-than-auspicious year.”

Look, everyone, we are heading into a Great Recession if not a Depression. The entire global economy has just screeched to a halt. Several nations are on lockdown (Italy, France and Spain). The UK and the US will follow in a week’s time. You cannot stop all economic activity for two months on the planet and have the stock market be in a happy place. The worse is yet to come on Wall Street, and Trump is a fool to repeatedly tie himself to it.

NBC News: “An examination of how the Trump administration responded to the coronavirus outbreak that was first documented in December reveals a story of missed opportunities, mismanagement and a president who resisted the advice of experts urging a more aggressive response. All the while, Trump made a series of upbeat claims, some of which were flatly false, including that the number of cases was declining in the U.S. and that ‘anybody who needs a test gets a test.’”

“Trump’s own advisers acknowledged that the failure to focus on widespread testing was their biggest misstep.”

Also interesting: “The Trump White House continued to balk at health professionals who wanted to issue stark advice… One example: The CDC wanted to recommend that anyone over 60 remain inside their homes whenever possible, but was told not to say that by Trump administration officials.”

Washington Post: “Amid an outbreak where vaccines, drug treatments and even sufficient testing don’t yet exist, communication that is delivered early, accurately and credibly is the strongest medicine in the government’s arsenal.”

“But the Trump administration’s zigzagging, defensive, inconsistent messages about the novel coronavirus continued Friday, breaking almost every rule in the book and eroding the most powerful weapon officials possess: Public trust.”

Washington Post: “The companies that feed America and provide basic staples are bracing for labor shortages as the novel coronavirus pandemic intensifies, which could leave them without enough workers to manufacture, deliver and unpack groceries in stores in the coming months.”

“As the virus spreads, supermarkets and distribution facilities face a difficult choice: how to keep shelves stocked with essentials while keeping their workers safe.”

Playbook: “Speaker Pelosi and Treasury Secretary Steven Mnuchin have now cut their third major bipartisan deal — setting the duo up as the center of action for legislating in this governing configuration. It’s a most unlikely role for Mnuchin, whose presence was not appreciated — being nice here! — during tax reform.”

“But Mcuchin has found a groove with Pelosi, and last night, they were able to work out a massively difficult technical issue with paid leave under extreme pressure. Pelosi also secured a commitment from Mnuchin that Trump would tweet in favor of the bill — that happened before noon Friday — but that commitment was contingent on solving problems on language that House Republicans had raised. Dems were skeptical of the issues Republicans raised, and saw it as foot dragging.”

“Pelosi and Mnuchin spoke 20 times Friday by phone, the speaker’s office told us.”

Charles Ornstein: “As a longtime health care reporter, the unfolding coronavirus pandemic represents everything I’ve read about — from the early days of epidemiology to the staggering toll of the 1918 Spanish Flu pandemic — but had not covered in my lifetime.”

“And still, I have been caught off guard by the pushback from top elected officials and even some friends and acquaintances who keep comparing it to the flu.”

“Not one public health expert I trust — not one — has said this flu comparison is valid or that we’re overdoing it. Every single one, from former FDA Commissioner Scott Gottlieb to Harvard professor Ashish Jha, has said we’re not doing enough, that this is far more serious than it is being taken.”

As President Trump attempts to blame President Barack Obama for his own handling of the coronavirus outbreak, it’s important to document Trump’s comments during this public health crisis.

These are not utterances from some of his more rambling news conferences or from his advisers. These are Trump’s most direct statements as a global pandemic took hold.

January 22: “We have it totally under control. It’s one person coming in from China. It’s going to be just fine.” (CNBC)

February 2: “We pretty much shut it down coming in from China.” (Fox News)

February 10: “A lot of people think that goes away in April with the heat—as the heat comes in.” (Bloomberg)

February 24: “The Coronavirus is very much under control in the USA… Stock market starting to look very good to me.” (Twitter)

February 26: “It’s going very substantially down, not up… The 15 within a couple of days, is going to be down to zero.” (CNN)

March 6: “I like this stuff. I really get it. People are surprised that I understand it… Every one of these doctors said, ‘How do you know so much about this?’ Maybe I have a natural ability. Maybe I should have done that instead of running for president.” (Wired)

March 13: “I don’t take responsibility at all because we were given a set of circumstances and we were given rules, regulations, and specifications from a different time.” (New York Times)

“The House overwhelmingly passed an economic relief bill early Saturday for the coronavirus, dedicating tens of billions of dollars for paid sick leave, unemployment insurance, free testing and other measures to help Americans impacted by the crisis,” the Washington Post reports.

“The 363-40 vote — gaveled down just before 1 a.m. — capped two days of volatile negotiations between House Speaker Nancy Pelosi and Treasury Secretary Steven Mnuchin that threatened to fall apart entirely for hours Friday amid GOP misgivings. But even after President Trump criticized House Democrats at an afternoon news conference Pelosi and Mnuchin kept at it, speaking by phone 13 times in the course of the day Friday and finally clinching a deal.”

“President Trump announced Friday that the US government’s coronavirus testing apparatus, which has lagged badly behind other developed nations, would soon get an assist from Google. The search and advertising giant will create a website, Trump said, that would help Americans figure out if they need a test for the virus, and if so where they can find one,” Wired reports.

“The only problem: There is no nationwide site like the one Trump described. And Google had no idea the president was going to mention one.”

“A source at Google tells Wired that company leadership was surprised that Trump announced anything about the initiative at the press conference. What he did say was also almost entirely wrong.”

Washington Post: “Much of life in America, and across the globe, has ground to a near halt in recent days as the coronavirus spreads, closing schools, thwarting travel, forcing employees to telework and shuttering beloved institutions. Authorities now believe the outbreak could fundamentally upend society for months.”

“The sweeping, unprecedented shutdown of activity in the United States accelerated in seemingly no time, with the week starting out like almost any other and ending in a way few can comprehend.”