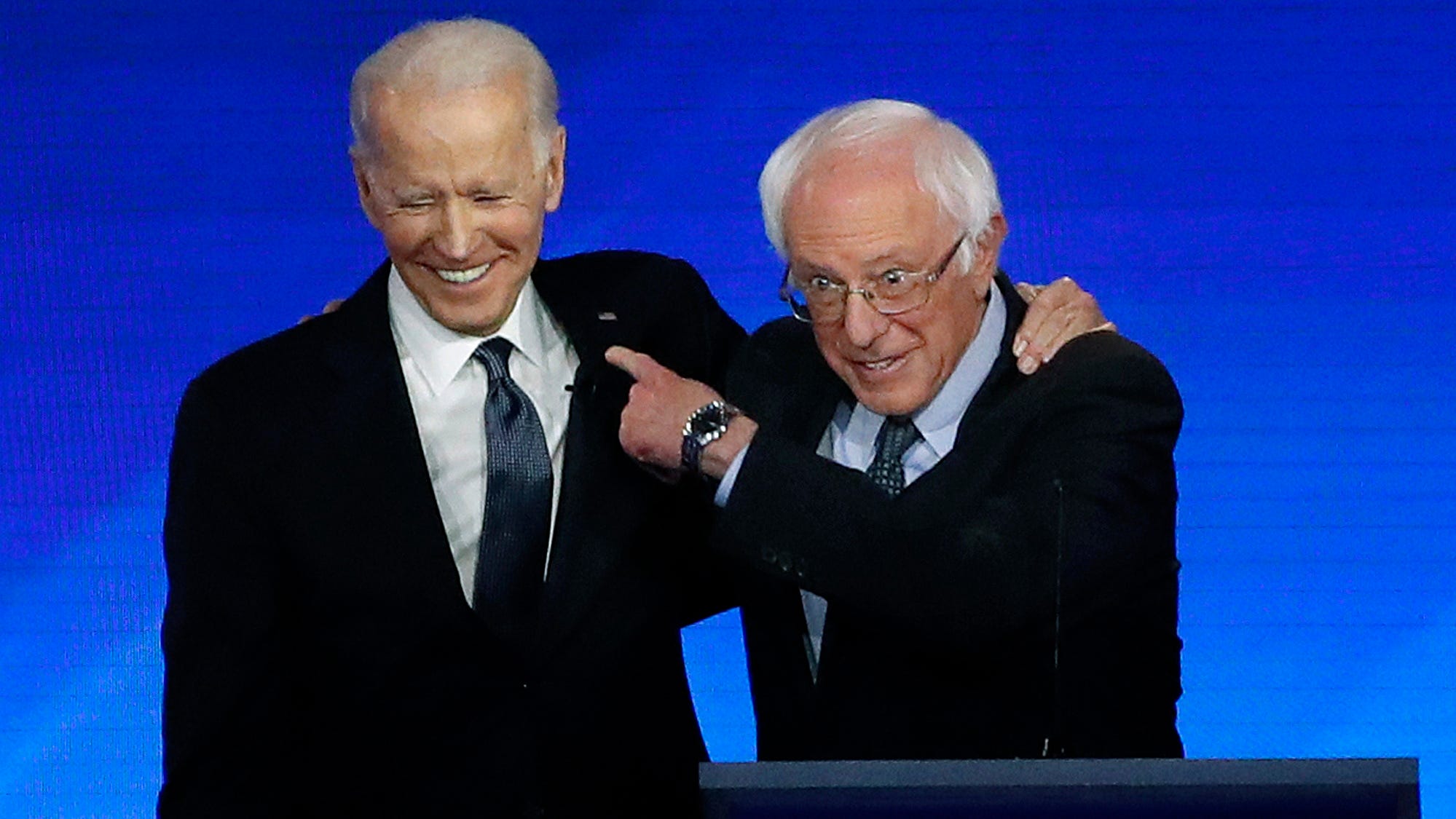 New York Times: “With a string of commanding victories on Tuesday — Michigan, Missouri, Mississippi, probably any other ‘M’ state that might have bothered with a primary this week — Joe Biden appears poised to complete one of the most striking turnarounds in recent campaign memory, finding himself in a dominant position only 10 days after the first state victory of his three presidential runs. His remarkable reversal has banished Senator Bernie Sanders to a familiar electoral perch: an insurgent progressive long shot straining to catch an establishment favorite.”

Dan Balz: “The campaign for the Democratic nomination has moved at warp speed over the past 10 days, and on Tuesday night it reached a decisive turning point. Barring something unforeseen, Democrats now know that former vice president Joe Biden will be the party’s nominee to challenge President Trump in November.”

Politico: “The night was so debilitating for Bernie Sanders that after retreating to his home state of Vermont on Tuesday, he didn’t even make a speech. In every way other than mathematically, his presidential campaign is done.”

A new Quinnipiac poll shows Joe Biden crushing Bernie Sanders among Democrats nationally in the race for the presidential nomination, 54% to 35%.

Said pollster Tim Malloy: “It’s down to two and looks very much like the Biden resurgence could be a fatal blow to the Sanders revolution.”

In a general election match up, Biden leads President Trump by double-digits, 52% to 41%.

More from Malloy: “Perhaps most troubling for the Trump camp in these numbers is the comparative assessment of which candidate can handle a crisis: it is Biden hands down. Couple that with an approval rating frozen in the low forties and comparatively terrible numbers on leadership, honesty, and empathy for fellow Americans, and team Trump has a formidable fight ahead.”

A new analysis of data from the 2019 Cooperative Congressional Election Study survey finds as many as one in 10 Trump voters is considering voting for somebody else in 2020.

“These voters are individuals who neither strongly approve nor strongly disapprove of the job Trump is doing as president. If Democrats want to win over these voters, they’ll have to choose their message wisely.”

“Unlike Democratic voters in Maine, who could choose among 12 candidates listed on the ballot, Maine Republicans had only one official option for their party’s nominee during the Super Tuesday primary: Donald Trump.”

“Democrats have started loose discussions about how to get Bernie Sanders out of the race if he gets steamrolled in Tuesday night’s primaries,” Politico  reports.

“But there’s disagreement within the party over how — or even whether — to try to prod Sanders to clear the way for Joe Biden. Democrats agree they want to avoid a repeat of 2016’s prolonged primary and risk turning over a bloodied and bruised nominee to face off against President Trump. Singed by the devastating general election loss four years ago, some Democrats say they refuse to go down that road again.”

“But others say Sanders has signaled that this time will be different — that he’s far more likely to jump than wait to get pushed.”

The DNC announced there will be no live audience allowed at Sunday night’s debate in Arizona between Joe Biden and Sen. Bernie Sanders over concerns about the spread of the coronavirus.

Kansas City Mayor Quinton Lucas (D) tweeted that he was turned away from the polling station because he wasn’t on the voter rolls. Said Lucas: “Even though I’ve voted there for 11 years including for myself four times!”

He added: “If the mayor can get turned away, think about everyone else… We gotta do better!”

In a heated argument caught on video, Joe Biden rejected a worker’s claim that Biden was “actively trying to end his second amendment right.” Biden told the worker “you’re full of shit.”

Romney’s approval among Republicans is just 23%. When he was the GOP presidential nominee in November 2012 it was 84%. In contrast, Romney’s approval rating has surged among Democrats to 56%.

Michael Taylor (R), mayor of the city of Sterling Heights, Michigan, told the Chicago Tribune that he has abandoned “deranged” President Trump and thrown his support behind Joe Biden instead.

He added: “When it was down to him and Hillary, I kind of said, ‘Well, you are a Republican, and yeah he’s nuts, but maybe he’ll get better and you know he’s going to lower taxes.’ I slowly talked myself into it. ‘He can’t seriously be this deranged once he gets in there,’ and he’s even more deranged now than I thought then. So, I take the blame. I voted for him.”

“Women are a clear majority of the Democratic primary electorate. If women had lined up behind her as a bloc, she would be the nominee. While no candidate wins any demographic universally, Warren didn’t come close with women. The stronger predictor of who supported her and who didn’t was education, not gender.”

USA Today: “With voter turnout expected to reach near-record highs in November, MTV and more than 60 partners are launching what it hopes will become a new national holiday: Vote Early Day.”

“Similar to other themed days, such as National Voter Registration Day or National Day of Giving, Vote Early Day is meant to encourage Americans to, of course, vote early. But the effort also seeks to help people, particularly young voters, stay educated on what their state’s laws are related to early voting.”

“Vote Early Day is planned for Oct. 24, just more than a week before the general election on Nov. 3.”

Rufus Gifford, the architect of President Barack Obama’s 2012 fundraising juggernaut, has reached out to more than 700 bundlers in a bid to convince them to back Joe Biden’s candidacy as he rides momentum from his Super Tuesday triumphs, CNBC reports.