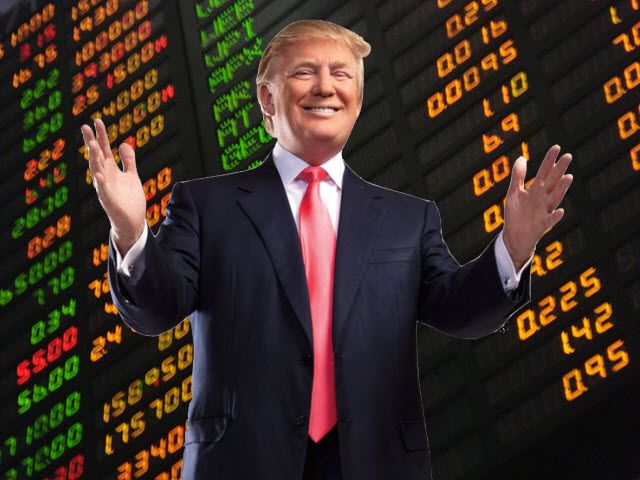 Brian Klass: “On Saturday, April 26, 1986, the No. 4 reactor at Chernobyl power station exploded just outside the town of Pripyat in the Soviet Union. During the crucial early hours of the disaster, a cascading series of mistakes exacerbated the emergency. Subordinates who feared their superiors kept quiet. Superiors who feared contradicting the prevailing mythology of the state — and its leader — bent and broke reality. They made a series of smaller lies to protect the big lie: that the Soviet Union had everything under control.”

“During crises, ideology kills. Protecting myths, rather than people, is deadly.”

“The rapidly worsening coronavirus outbreak is President Trump’s Chernobyl. By putting dangerous myths above objective facts, Trump has turned the crucial early phases of government response into a disaster. Some public health experts in government have undoubtedly kept quiet, having seen repeatedly what happens to those who publicly contradict this president. And Trump himself, along with those who surround him, has tried to construct a reality that simply does not exist.”

Jonathan Chait: “President Trump’s political career has consisted of a series of self-generated crises that he has improbably survived, from insinuating that John McCain was a coward for having been captured during the war that Trump himself dodged to the three-year-long high-crime (and misdemeanor) spree. Throughout these disasters, Trump has maintained a floor of support that is apparently immutable and just high enough to give him a plausible chance of reelection. Yet the pair of crises now enveloping the administration appear to be of a completely different political magnitude than anything that has faced Trump to date. It may now really, finally, truly be over for him.”

“The obvious factor distinguishing the coronavirus and the probable recession from the Access Hollywood tape, firing James Comey, and all the rest is that they have a tangible impact on the lives of Americans. (Or, to put it more precisely, Americans who have voting representation, unlike Puerto Ricans.) Trump’s continuous din of scandals and gaffes is unintelligible to many Americans who either do not follow the news closely, or follow Trump-controlled news organs, and who have instead judged his presidency by the direct experience of peace and prosperity. Trump has done one very big thing very well: He rebranded the economic expansion he inherited as his own creation, like the licensing deals he makes to splash the Trump name over hotels and resorts other people built. Trump’s handling of the coronavirus turns his greatest strength into perhaps his greatest liability.”

Health and Human Services Secretary Alex Azar claimed on Fox News that “nobody is trying to minimize” the public health threat posed by coronavirus just six minutes before President Trump posted a tweet doing just that.

“Pick just about any market — stocks, bonds, oil — and it’s sending a signal that investors around the world think there’s a high probability of a recession,” the Washington Post reports.

“J.P. Morgan sent around a note to clients late last week saying markets were indicating a 90 percent chance of a recession, a term that generally means six straight months of economic contraction. The picture looks worse now, especially in the bond market. Last week, Wall Street panicked when the yield on a marquee government bond — the U.S. 10-year Treasury — fell below 1 percent. That had never happened before. Now that yield is below 0.5 percent, a jaw-dropping situation that didn’t even occur during the Great Recession.”

Bloomberg: “Traders are pricing in about 80 basis points of cuts in March, and 100 basis points by July, which would drag borrowing costs down to zero.”

This story was published BEFORE the stock market crashed today, dropping over 2,000 points in a single day.

“Oil prices tumbled by roughly 20% on the prospect of a Saudi-led energy glut, hammering global shares and fueling a fresh surge in demand for Treasurys and other safe assets. U.S. stock futures fell by the maximum 5% allowed in a single session,” the Wall Street Journal reports.

“Investors were responding to Saudi Arabia’s decision to cut most of its oil prices and boost output, despite existing threats to demand from the coronavirus epidemic. Trading in futures tied to the S&P 500 was limited for the first time since shortly after President Donald Trump won the U.S. election in 2016.”

“U.S. government bonds, which have already rallied to unprecedented highs, extended gains. The yield on the benchmark 10-year U.S. Treasury note fell 0.239 percentage points to 0.529% and the equivalent 30-year yield declined to 1.028%.”

Bloomberg: “The entire Treasury yield curve tumbled, trading below 1% for the first time in history as investors grappled with the worst global crisis in more than a decade. A drop to 0% is now priced in swap markets.”

Rep. Doug Collins (R-GA) announced that he would self-quarantine at his home after coming into contact with a person who later tested positive for the novel coronavirus, The Hill reports.

Said Collins: “This afternoon, I was notified by CPAC that they discovered a photo of myself and the patient who has tested positive for coronavirus. While I feel completely healthy and I am not experiencing any symptoms, I have decided to self-quarantine at my home for the remainder of the 14-day period out of an abundance of caution.”

Collins was recently shaking hands with President Trump before his CDC tour in Atlanta last Friday.

Sen. Ted Cruz (R-TX) and Rep. Paul Gosar (R-AZ) separately said they will self-quarantine after interacting with an individual who tested positive for the novel coronavirus at the recent Conservative Political Action Conference, CNN reports.

CNN: “For a self-described germophobe, Trump has continued to shake hands and interact with people like normal. While a bottle of hand sanitizer has been a staple in his life for decades now, people said they did not notice the President taking any extra precautions, despite being in the age bracket that health officials say should be most concerned about coronavirus.”

Gabriel Sherman: “As Trump pushes a nothing-to-see-here message in public, sources said he’s privately terrified about getting the virus… Stories about Trump’s coronavirus fears have spread through the White House. Last week Trump told aides he’s afraid journalists will try to purposefully contract coronavirus to give it to him on Air Force One… The source also said Trump has asked the Secret Service to set up a screening program and bar anyone who has a cough from the White House grounds.”

Said a source: “He’s definitely melting down over this.”

Former Obama health care adviser Andy Slavit: “Because we can’t get a straight answer from the Trump Administration, I have checked with lab companies. The best estimate is it will be 8 weeks before we have all the nationwide testing we need.”

The United States has the lowest coronavirus testing rate in the world,  Haaretz reports.

Jerusalem Post: “All Israelis returning to the country from abroad will be required to enter into 14 days of home-isolation, the prime minister said. The measure is effective immediately.”

The Atlantic: “As of yesterday, according to Johns Hopkins University’s Coronavirus Resource Center, Iran has reported 6,566 COVID-19 cases, or about one in every 12,000 people in its population. The first case appeared on February 19. Right now Iran is third behind China (80,695) and South Korea (7,314), and just ahead of Italy (5,883). But the official Iranian number is almost certainly an undercount, probably due to the Iranian government’s attempt to hide a desperate situation for which it is partially responsible.”

“When the final history of the coronavirus epidemic of 2020 is written, it may go something like this: The disease started in China, but it became finally and irrevocably uncontained in Iran. Knowing that the Iranian number is much higher than currently disclosed tells the rest of the world that the epidemic is even further along than official statistics indicate.”

Jonathan Bernstein: “Might as well be blunt: Mick Mulvaney, ousted Friday evening, was probably the worst White House chief of staff ever. And there’s no reason to believe his replacement, Mark Meadows, will be any better. If anything, he looks like an even worse fit for the job than Mulvaney.”

“Mulvaney’s main accomplishment seems to be that he was able to hang on to the job, on an acting basis, for more than 14 months. He apparently didn’t aspire to anything else. Unlike his predecessor, John Kelly, Mulvaney didn’t even try to make the White House run in a professional manner. He seemed happy to carve out a small fiefdom where he could try to implement policy ideas he liked, and that’s about it. The main effect at this point seems to be that he saddled Trump with a draconian budget that will be easy for Democrats to attack on the campaign trail (and which Congress tossed in the trash by bipartisan consensus).”

“Mulvaney reportedly opted out of the foreign policy and national security portions of the job, which means he contributed to the chaos that eventually produced the impeachment of the president.”

“White House advisers on Monday plan to present President Trump with a list of policy changes they hope could stem the economic fallout of the coronavirus, including paid sick leave and emergency help for small businesses,” the Washington Post reports.

“The talks have accelerated as congressional Democrats begin a new legislative response of their own, which also is expected to focus on expanded paid sick leave benefits.”

Annie Lowrey: “For one, the coronavirus epidemic has come with extraordinary, intense uncertainty. Officials are not sure how many cases there are and how deadly the virus is. Businesses and households are uncertain of how long the danger will last and what measures governments might take to counter it. People are afraid, as the market panic demonstrates, and it may take months for that fear to abate.”

“Second is the way that the coronavirus is stifling growth. Many recessions, including the Great Recession and the 2001 downturn, intensify when demand evaporates from the economy. Struggling businesses lay off workers. Cash-strapped consumers stop buying houses and cars. Spooked investors stop pumping money into the risky, growing ventures that vitalize the economy in the long term. To stanch the damage and turn the business cycle around, central banks lower interest rates and soak up safe assets, encouraging investors to take on more risk; congresses and parliaments cut taxes and disburse money to towns, states, and households, also spending on things like bridges, schools, and environmental projects.”

“But the coronavirus is not just sapping demand from the economy. It is also affecting supply… Washington and other governments around the world have two main levers to help their economies from tipping into free fall: fiscal policy and monetary policy. The problem is that both of those levers work primarily on the demand side of the economy, and cannot readily fix the bottlenecks the virus is causing.”

David Remnick: “The first official act of the Trump Administration was the Inauguration—and, within hours, a lie delivered from the White House press room about how this had been ‘the largest audience to ever witness an Inauguration, period, both in person and around the globe.’”

“That episode seems so long ago, and many thousands of lies ago. But as the world now faces a pandemic, it has never been more essential to recall that norm-setting performance and to admit what has been demonstrated on a daily basis about the public official who carries ultimate responsibility for the public safety of American citizens: Donald Trump is incapable of truth, heedless of science, and hostage to the demands of his insatiable ego.”