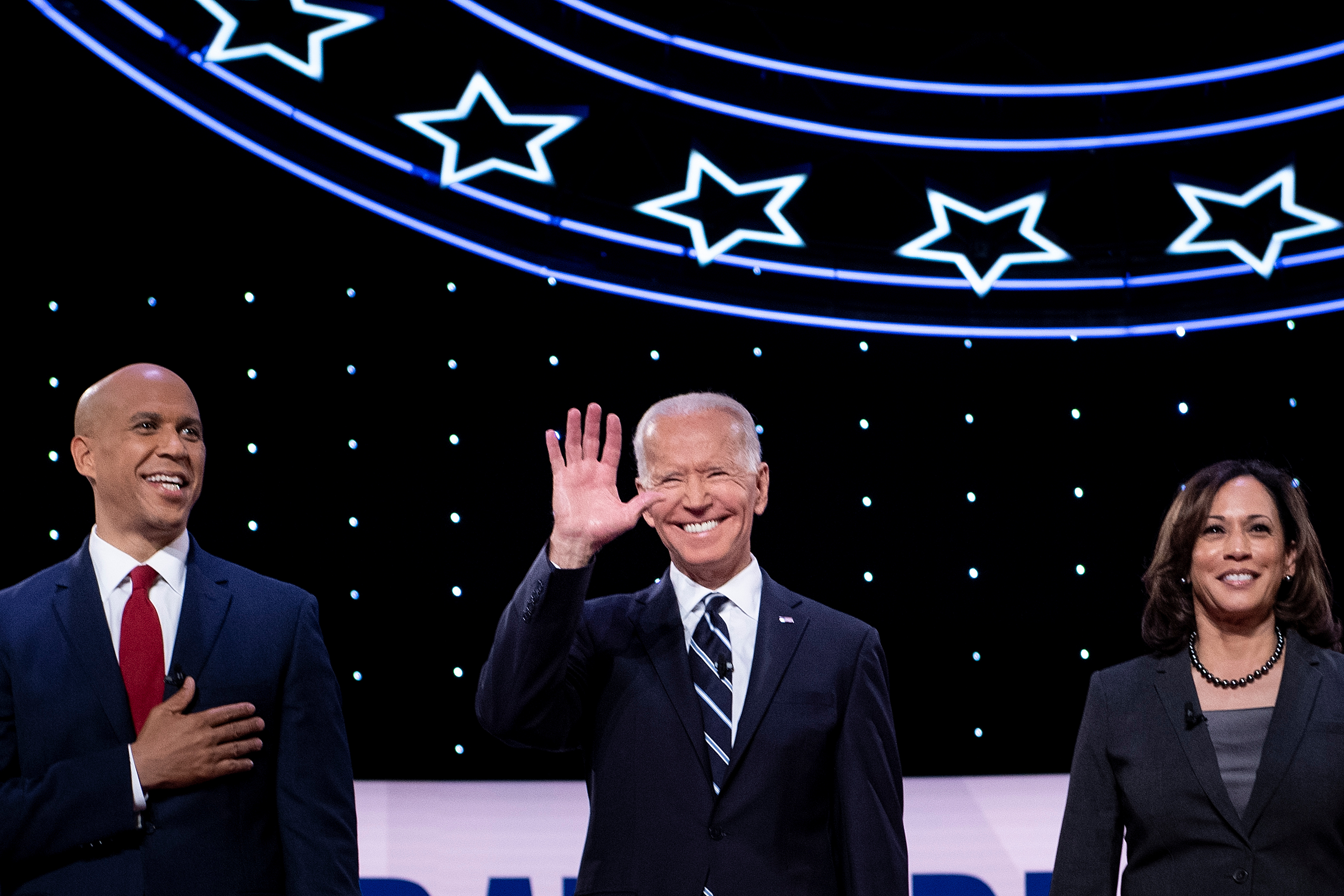 Needless to say, if Sanders hopes to prolong this campaign, he needs to win both. A loss in either will start the “wrap it up Bernie” shouting.

A new Monmouth poll in Michigan finds Joe Biden leading Bernie Sanders in the Democratic presidential primary, 51% to 36%. Looking ahead to the general election, Biden holds a 48% to 41% edge over President Trump in the key battleground state.

Politico: “In Washington, a progressive-leaning state that Sanders carried by a massive margin in 2016, two recent polls — both fielded after Super Tuesday — show Biden erasing the Vermont senator’s advantage. Biden led narrowly in each, though within the margin of error.”

Tim Alberta: “Sanders’s team has long trumpeted his Michigan triumph as evidence of his ability to assemble a unique coalition and defeat the Democratic establishment. But a closer look at that contest, taken in the context of this year’s primary results, suggests that Sanders’s own weaknesses are about to be exposed.”

“And that, in turn, means winning Michigan will be far more difficult this time around. Not only do party insiders expect Democratic turnout will spike among groups unfavorable to him—blacks and suburbanites, in particular—but he now faces an opponent in Joe Biden who comes into the state with a head of steam, who benefits from Democrats’ desire to coalesce behind an alternative to Trump, and who will compete for independents and working-class whites in a way Clinton never did.”

A new CNN poll finds Joe Biden leading Bernie Sanders nationally by double-digits among Democrats, 52% to 36%, with Elizabeth Warren, who has since dropped out of the race at 7%.

Among those interviewed after Warren left the contest, Biden’s support rose to 57%, Sanders stood at 36%.

“Joe Biden confidants are privately discussing potential leaders and Cabinet members for his White House, including the need to name a woman or African American — perhaps both — as vice president,” Axiosreports.

“Biden advisers describe a Return to Normal plan — a reversal of President Trump’s unorthodox, improvisational style. Biden wants known, trusted people around him — many from the Obama years.”

Mike Bloomberg has poured $2 million into efforts to boost turnout by African-American voters in eight key states, an indication of his intention to continue bankrolling Democratic causes ahead of November’s elections, CBS News reports.

Ray LaRaja: “Democrats are eager to depose not just President Trump, but his congressional enablers and defenders, too. And they’re opening their wallets to prove it. In Kentucky, Amy McGrath, the retired fighter pilot who hopes to challenge Senate Majority Leader Mitch McConnell, has raised $16.9 million. Last quarter, Democrats sent $3.5 million to South Carolina to Jaime Harrison, who is challenging Sen. Lindsey O. Graham.”

“But McGrath, Harrison and several others like them face a problem: They’re probably going to lose. Meanwhile, the candidates challenging less famous, workaday Republicans are struggling to find donors — and many of them are in states or districts that could actually flip. This dynamic is a classic case of pragmatism versus passion in an era when party leaders are losing control of contributions and rank-and-file donors are increasingly inclined to go their own way. But liberal pockets are not bottomless. In a zero-sum competition for cash, the search for brand-name scalps the Democrats may never claim could keep Democrats from winning the seats, and the Senate majority, that is truly within reach.”

Josh Kraushaar: “Republican candidates have tied themselves so closely to Trump that they’re all dependent on his fortunes. That’s a risky place to be right now. Last month, the economy was booming and a socialist was on track to lead the Democratic ticket. This month, the stock market is falling, coronavirus is spreading, and a mainstream Democrat is positioned to become the presidential nominee. Trump’s reelection chances have suddenly taken a turn for the worse, and he’s threatening to take down the GOP’s Senate majority with him.”

“Montana Gov. Steve Bullock (D) announced that he will run for Senate, in a reversal that boosts Democrats’ fortunes in their bid to unseat Sen. Steve Daines (R-Mont.) and reclaim the Senate majority,” the Washington Post reports.

“According to a person familiar with Bullock’s thinking, the governor’s decision came in the past week or two, when his wife and three children switched their longtime opposition to him running for Senate and urged him to jump into the race.”

Inside Elections changed the rating of the race from Solid Republican to Lean Republican.

Pete Buttigieg told NBC News that “by the time we had ran our fourth race it was clear the numbers weren’t there.”

He added: “Getting into this race was never just about becoming president. For us it was about working to unify the country and making sure we defeat Donald Trump and there came a point where I realized the best thing I could do in the service of those goals was to step aside and to support Vice President Biden.”

New York Times: “Mr. Booker’s endorsement comes 24 hours after Senator Kamala Harris of California endorsed Mr. Biden, and the two senators will appear with him at a rally in Detroit on Monday night. Mr. Booker will also campaign alongside Mr. Biden in Flint, Mich., earlier in the day and attend a fund-raiser with him.”

“Andrew Romanoff claimed to have won a grassroots victory Saturday as he led John Hickenlooper, his better-funded and better-staffed rival for the U.S. Senate, in statewide caucuses of Colorado Democrats,” the Denver Post reports.

“Precinct caucus results will determine the number of delegates that candidates have at upcoming county caucuses. Results there will determine delegate counts at an April 18 state assembly, where candidates will need at least 30% support to have their names placed on June 30 primary ballots.”