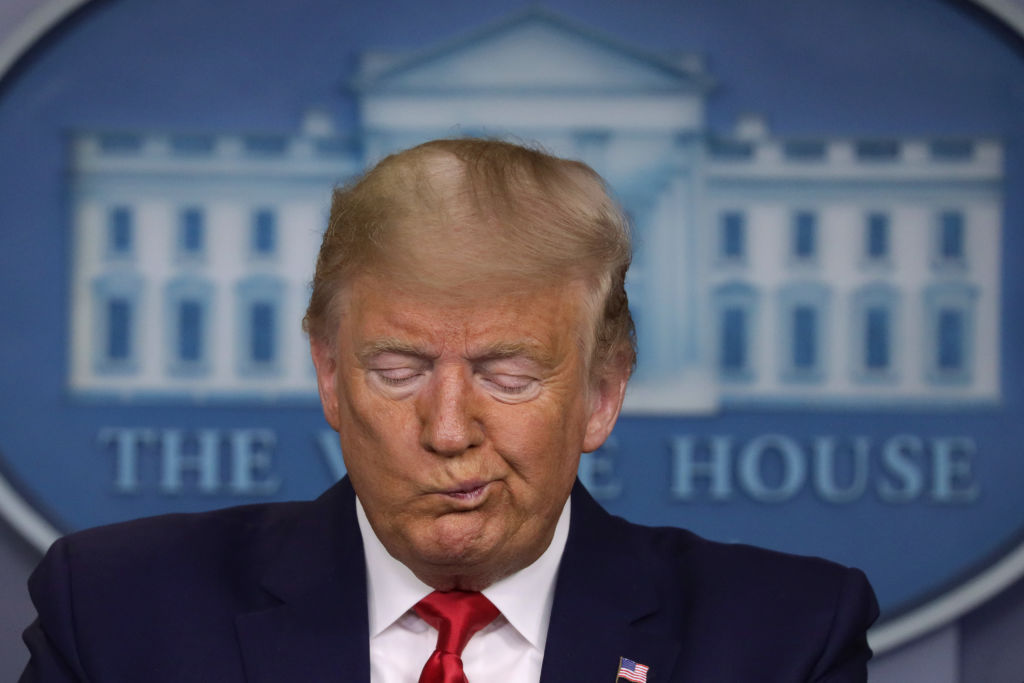 New York Times: “From the beginning, the Trump administration’s attempts to forestall an outbreak of a virus now spreading rapidly across the globe was marked by a raging internal debate about how far to go in telling Americans the truth. Even as the government’s scientists and leading health experts raised the alarm early and pushed for aggressive action, they faced resistance and doubt at the White House — especially from the president — about spooking financial markets and inciting panic.”

“Health experts say that telling people to remain calm is an effective message in an epidemic… But from Mr. Trump’s first comments on the virus in January to rambling remarks at the C.D.C. on Friday, health experts say the administration has struggled to strike an effective balance between encouraging calm, providing key information and leading an assertive response. The confused signals from the Trump administration, they say, left Americans unprepared for a public health crisis and delayed their understanding of a virus that has reached at least 28 states, infected more than 300 people and killed at least 17.”

Washington Post: “Infighting quickly materialized among agencies that have long had poor relationships — feuding was especially intense between the CDC and the Office of the Assistant Secretary for Preparedness and Response — and when the situation went awry, recriminations were swift. Public health officials and experts also struggled to find an uneasy equilibrium between doing their jobs honestly and transparently while trying to manage a mercurial president, who griped about what he viewed as overheated rhetoric by officials and the media.”

“At the White House, Trump and many of his aides were initially skeptical of just how serious the coronavirus threat was, while the president often seemed uninterested as long as the virus was abroad.”

“The U.S. has tested fewer than 6,000 samples from Americans suspected of the coronavirus infection, the top drug regulator acknowledged, as federal health officials struggled to explain the government’s difficulty creating a diagnostic tool to contain the disease,” Bloomberg reports.

Days after Rep. Matt Gaetz (R-FL) wore an enormous gas mask during a House floor vote on an emergency funding package for the coronavirus response, the congressman announced that a resident in his northwestern Florida district had died of covid-19, the Washington Post reports.

“President Trump interrupted a Friday press conference on the 2019 novel coronavirus to ask a Fox News reporter whether his town hall show on Fox on Thursday night had good ratings,” the Daily Beast reports.

“In a rambling briefing that bordered on bizarre, Trump also said coronavirus testing kits were almost as ‘perfect’ as his infamous phone call with the Ukrainian president and he didn’t want infected cruise ship passengers to come ashore in California because it would increase the U.S. tally of COVID-19 cases.”

Said Trump: “I like the numbers being where they are. I don’t need to have the numbers double because of one ship.”

“President Trump likes to say that he fell into politics almost by accident, and on Friday, as he sought to calm a nation gripped with fears over coronavirus, he suggested he would have thrived in another profession — medical expert,” the Washington Post reports.

Said Trump: “I like this stuff. I really get it.”

He added: “People are really surprised I understand this stuff. Every one of these doctors said, ‘How do you know so much about this?’ Maybe I have a natural ability.”

“The Italian government is set to dramatically restrict movement and activity for a quarter of its population, or about 16 million people,” according to a draft decree seen by Bloomberg.

“The decision to lock down the Milan region and several other northern areas, is the latest step to fight Europe’s worst coronavirus outbreak. They come as cases surged to 5,883 with 233 deaths, and on the day Nicola Zingaretti, the leader of one of the two major government parties, announced he had contracted the illness.”

“A federal judge has concluded that a bid protest lawsuit brought by Amazon over President Trump’s intervention in an important Pentagon cloud computing contract ‘is likely to succeed on the merits’ of one of its central arguments, according to a court document made public Friday,” the Washington Post reports.

“Acting White House chief of staff Mick Mulvaney was in Las Vegas on an annual trip with his brother and friends on Thursday when President Trump decided the time had come to replace him with Mark Meadows,” Axios reports.

” Trump had vented about Mulvaney being out of town during the coronavirus crisis… One White House official said the president used Mulvaney’s absence to pull the trigger on a change he had long been contemplating but had resisted.”

Said one source: “Anybody who knows Donald Trump knows that if you’re on a slippery slope you shouldn’t leave town.”

“As the number of coronavirus cases mount in the US, experts are warning that the country is unusually vulnerable to the spread of the disease,” the Financial Times reports.

“Public health officials and academics are concerned that a mix of high numbers of uninsured people, a lack of paid sick leave and a political class that has downplayed the threat could mean it spreads more quickly than in other countries.”

“The spread of coronavirus could be fueled by patients reluctant to seek care because of the expense of the US healthcare system.”

“The U.S. government has collected persuasive intelligence that the Taliban do not intend to honor the promises they have made in the recently signed deal with the United States, three American officials tell NBC News, undercutting what has been days of hopeful talk by President Donald Trump and his top aides.”

“Attorney General William Barr testified before Congress last spring that ‘it’s time for everybody to move on’ from the special counsel investigation into whether Trump associates conspired with Russia’s 2016 election interference,” the New York Times reports.

“Nearly a year later, however, it is clear that Mr. Barr has not moved on from the investigation at all. Rather, he increasingly appears to be chiseling away at it.”

The American Conservative Union announced they have learned “that one of our CPAC attendees has unfortunately tested positive today for coronavirus.”

They added “this attendee had no interaction with the President or the Vice President and never attended the events in the main hall.”

Nearly 20,000 attendees were at the conference this year.