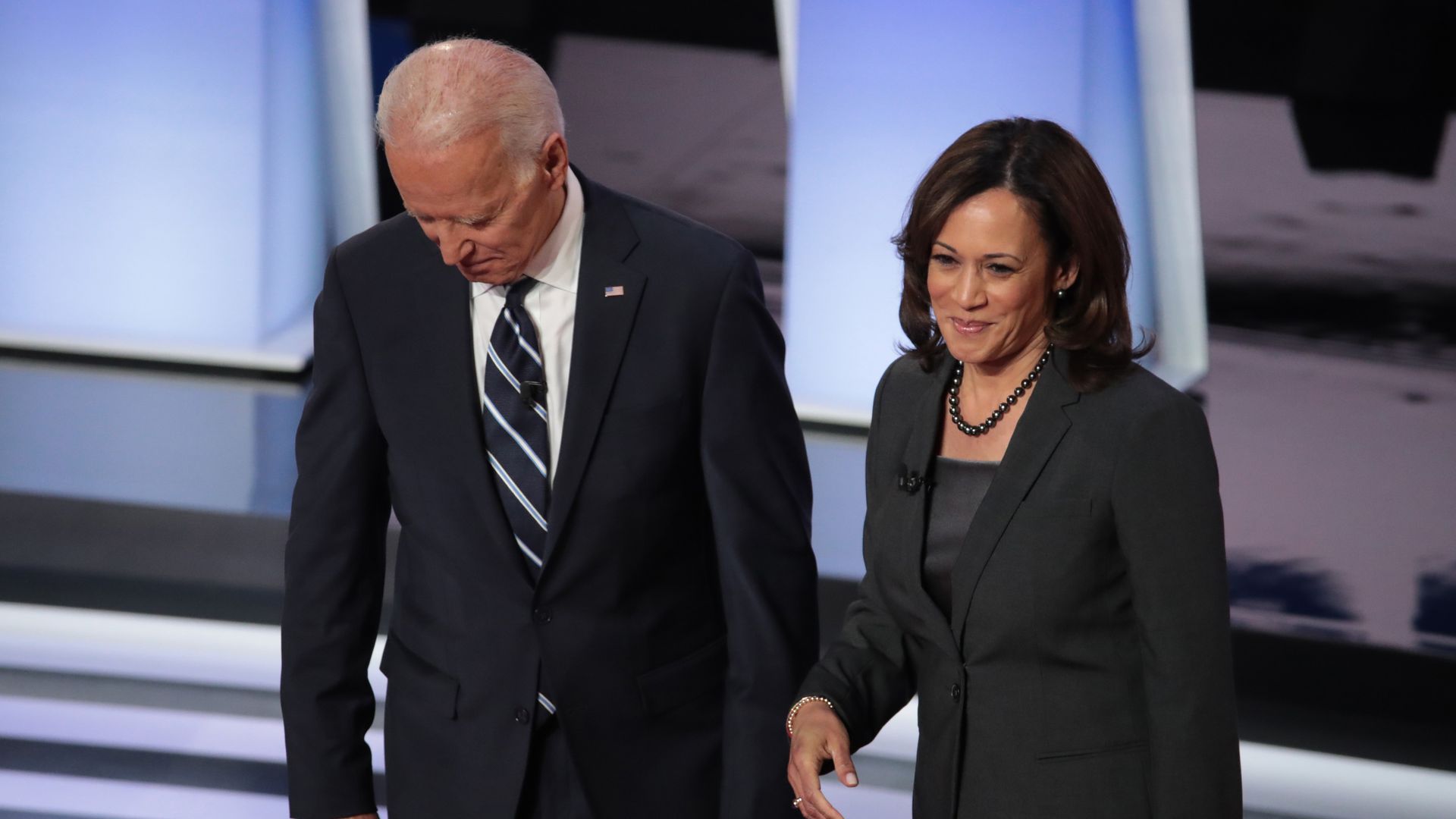 Sen. Kamala Harris endorsed Joe Biden for president on Sunday, saying that he “has served our country with dignity and we need him now more than ever.” Harris is the fifth former rival to endorse Biden since his commanding victory in the South Carolina primary, the Washington Post reports.

Dan Balz: “Sanders has been here before. Four years ago, the senator from Vermont lost South Carolina to Hillary Clinton, lost the majority of states on Super Tuesday and fell behind in the delegate race. But he won in enough places on Super Tuesday to give him the incentive to keep going — and he had a plan for regaining momentum in Michigan that included early television ads and a focus on trade in a state sensitive to the issue.”

“The pre-primary polls showed Clinton with a substantial lead, but on primary night, Sanders won. The margin was narrow — less than two percentage points — but the value of the upset was enormous. The victory revived his campaign, and he took his fight all the way to the convention in Philadelphia, to the dismay of Clinton forces.”

“That history makes Michigan the most crucial of the six states with contests this Tuesday, but Sanders could struggle to repeat his performance of four years ago. He won’t be able to sneak up on Biden as he did with Clinton.”

Here is the state of the Delegate race:

California, Tennessee, Utah and Colorado still have more delegates to apportion, so since Sanders won three of those four states, it is likely that Sanders will creep a little closer to Biden in the above tally.

If Sanders loses Michigan and Washington State, the primary is over and he must concede the race that night. A new Data for Progress poll in Washington State shows Biden leading 47% to 44%. A new Remington Research poll in Missouri shows Biden crushing Sanders there, 53% to 31%.

“A Florida woman was charged on Thursday after officials said she filled out 10 voter registration forms with false information, at least six of which enrolled Democratic and independent voters in the Republican Party without their consent,” the New York Times reports.

“Joe Biden is taking his recent influx in money and pouring more into TV, radio and digital ads than ever before. The campaign is investing $12 million in total paid media in Michigan, Missouri, Mississippi, Florida, Illinois and Ohio — states that all vote within the next two weeks,” NBC News reports.

John Harris: “Now that the 77-year-old Biden is the Democratic frontrunner over the 78-year-old Bernie Sanders to take on the 73-year-old Trump, questions about age-related infirmity are taking on a new volume and centrality.”

“The debate reflects the raucous, attack-oriented character of modern political culture. Genuine concerns about the capacities of people who want the world’s most powerful job mingle bizarrely with insults, jokes, and self-confident pronouncements from people with no evident qualifications to be speculating publicly about other people’s neurological health.”

“Trump himself — seemingly indifferent to the glass-houses maxim — in recent days has upped the ante in what is becoming the senility sweepstakes.”

The FiveThirtyEight forecast was updated with Super Tuesday results and now shows Joe Biden with an 88% chance to win the Democratic nomination, while Bernie Sanders has just a 2% chance.

Washington Post: “As Sen. Elizabeth Warren unwinds her presidential campaign, she faces one more decision that will shape the role she will play in coming months and years: Will she endorse one of the major Democrats still running for president, and if so, which?”

“The choice at hand — between former vice president Joe Biden and Sen. Bernie Sanders — is in a sense the latest version of a choice Warren has confronted throughout her political career, whether to align with the establishment and its leaders or join forces with the outsiders.”

“House Agriculture Chairman Collin Peterson (D-MN) is expected to announce soon that he will run for reelection in his rural Minnesota district, according to a source familiar with his plans, setting up a bitter battle as the the Democrat fights to keep his seat,” Politico reports.

“Peterson’s decision to run for reelection means that Democrats will try to hang onto a seat in a district that has grown more conservative. President Donald Trump, who won that district by 31 points in 2016, intends to campaign aggressively in the Midwest.”

Gallup: “Americans’ engagement with the 2020 presidential election remains relatively high, as 59% of U.S. adults, similar to the 63% recorded in January, say they feel more enthusiastic than usual about voting in this year’s election.”

“Today’s level of enthusiasm is similar to the early days of the 2008 primary season, when 62% felt more enthusiastic as highly popular presidential candidates in both parties were seeking their party’s nod.”

“An influential Democratic group on Friday is postponing a TV ad blitz targeting President Donald Trump in Florida over concerns Bernie Sanders would struggle to win the state in a general election,” McClatchyreports.

“And if the Vermont senator becomes the Democratic presidential nominee, it might not run TV ads in Florida at all — though officials with the group emphasize that no final decision has been made and that they still think Sanders can defeat Trump in other battleground states.”

The Nation: “Michael Bloomberg ended his presidential campaign on Wednesday after being walloped on Super Tuesday. But, according to nearly a dozen members of his campaign staff, the former New York City mayor’s presidential dreams really died when Elizabeth Warren eviscerated his record on live television during the February 19 debate in Las Vegas.”

“Not a single Bloomberg staffer that I spoke to was surprised by the campaign’s implosion. Speaking on the condition of anonymity for fear of professional reprisal and because of the campaign’s nondisclosure agreements—which The Nation obtained a leaked copy of in February—campaign employees cited that bruising debate as well as a general lack of enthusiasm for Bloomberg among the staff for ending his presidential run.”

Banjy Sarlin: “To many Warren supporters, there was a sexist double standard at play in the campaign and the press, one that demanded more and more details from her and only broad talk of revolution from Sanders.”

“But there were other factors that made her more vulnerable to attacks too. Her voters skewed college-educated and suburban and were less likely to be uninsured and more likely to be nervous about electability concerns. The issue also distracted from the simple winning pitch she rode early in the race: A wealth tax on billionaires to fund education and child care benefits for the upper middle class and lower incomes. Instead, she found herself explaining a health plan whose benefits and tradeoffs were more complicated.”

Christine Rosen: “Elizabeth Warren didn’t have a gender problem; she had a trust and authenticity problem. Her multiple fabulations about her personal history, including a false claim that she was fired because she was pregnant and the infamous and repeated efforts to pass herself off as Native American, undermine her narrative of being a truth-telling, incorruptible champion of the people. As well, she opportunistically embraced intersectionality politics (such as her claim that a trans person would vet whomever she might choose as her Secretary of Education and her attempts to paint Bernie Sanders as a raging sexist) in a way that was likely off-putting for more moderate Democratic voters.”