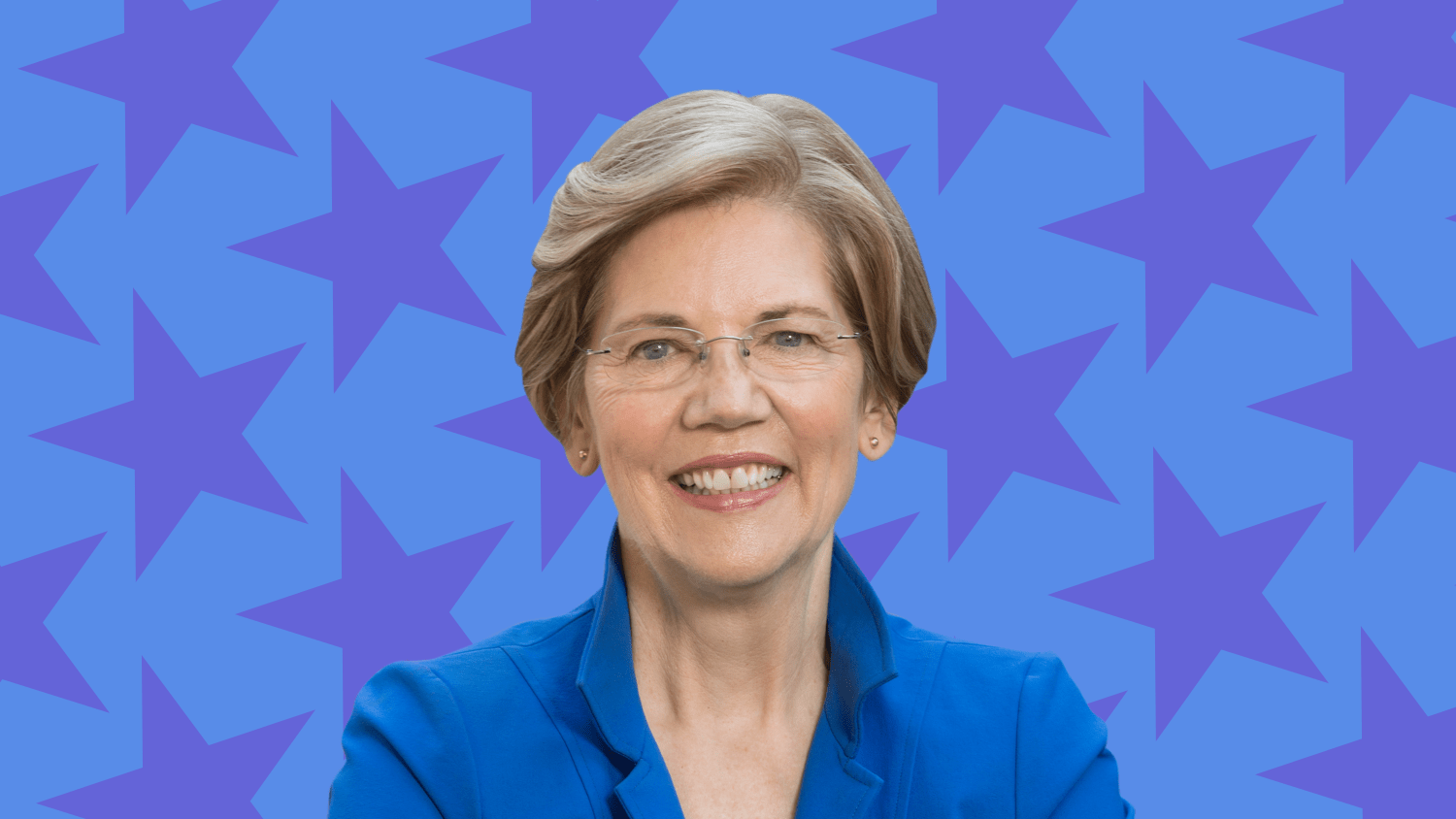 Sen. Elizabeth Warren, who suspended her presidential campaign yesterday, told reporters she would not endorse another candidate yet.

Joe Biden praised her in a tweet: “Senator Warren is the fiercest of fighters for middle class families. Her work in Washington, in Massachusetts, and on the campaign trail has made a real difference in people’s lives. We needed her voice in this race, and we need her continued work in the Senate.”

Bernie Sanders added his praise: “Elizabeth Warren has taken on the most powerful corporate interests because she cares about those who have been left behind. Without her, the progressive movement would not be nearly as strong as it is today. I know that she’ll stay in this fight and we are grateful that she will.”

Sen. Elizabeth Warren called out Sen. Bernie Sanders for not taking steps to control the “organized nastiness” of some of his supporters during the presidential campaign, the Washington Post reports.

Said Warren: “It’s not just about me. I think that’s a real problem with this online bullying and sort of organized nastiness… I’m talking about some really ugly stuff that went on.”

“One of the hardest parts of this is… all those little girls who are going to have to wait four more years. That’s gonna be hard.” — Sen. Elizabeth Warren, announcing she is suspending her presidential campaign.

“I think I would have made a better president than either one of them, that’s why I was running.” — Sen. Elizabeth Warren, in an interview with the Boston Globe after dropping out of the presidential race.

A new St. Pete Polls survey in Florida finds Joe Biden leading the Democratic presidential race with 61%, followed by Bernie Sanders at 12% and Elizabeth Warren at 5%.

Andrew Yang is starting a new group to cement his ideas about 21st century work and technology firmly into the political “mainstream,” with an ambitious goal of advancing “a wave of new thinking in American politics,” BuzzFeed News reports.

Key takeaway: “His new group, which would allow him to build on his political platform until another campaign, will be structured as a 501(c)4 organization, meaning it can raise and spend unlimited amounts of money and is not obligated to disclose its donors.”

Wall Street Journal: “For campaign veterans accustomed to tight budgets and constant fundraising struggles, being in the Bloomberg bubble meant entirely changing their mind-set and essentially removing money as a factor in any decision-making.”

“It also meant significantly higher salaries, relocation stipends, three catered meals a day, corporate housing in New York City, new MacBooks and iPhones, fancier hotels for those on the road with rooms they didn’t have to share, among other luxuries they are unlikely to get on any other campaign, according to the staffers and Federal Election Commission reports.”

“And all of that was possible without a campaign schedule that revolved around blocking off time for the candidate to make calls to major donors or to travel to wealthy enclaves for fundraising. Several staffers said there were many moments—sometimes in a single day—when they were stunned by the ease with which decisions could be made and problems solved when money didn’t matter.”

“I am supporting Bernie Sanders until the end. But at the same time, I also am committed to supporting the nominee, whoever that might be.” — Rep. Alexandria Ocasio-Cortez (D-NY), quoted by Bloomberg.

“Sen. Bernie Sanders has canceled a planned rally in Jackson, Mississippi, and will instead travel to Michigan on Friday, a striking indication that his presidential campaign is shifting its focus to the Midwest and largely ceding another Southern state to Joe Biden,” the New York Times reports.

“The change in plans suggests that Mr. Sanders will not challenge Mr. Biden for the support of black voters in the South — a vital base in the Democratic Party — and is instead going all-in on the Midwest as he tries to compete for the overlapping slice of the electorate made up of working-class voters.”

Associated Press: “Support for Biden from the Democratic establishment abruptly materialized Wednesday as influential donors lined up behind the former vice president following his romp through 10 of the 14 contests… In Los Angeles, a pricey Biden event suddenly sold out on Tuesday night. In Florida, a prominent fundraiser received an outpouring of phone calls from donors who now want to help Biden clinch the Democratic nomination.”

“Others who hadn’t been in touch with the campaign were nonetheless laying the groundwork for big-dollar events. Bryan Rafanelli, a major Democratic donor in Boston who was one of Pete Buttigieg’s top fundraisers, was flooded with requests to host a gathering after announcing his support for Biden on social media… Democratic megadonor Susie Tompkins Buell, who also backed Buttigieg before he dropped out, said in a text message that she now supports Biden and is open to hosting an event.”

New York Times: “The documents are part of a government archive in Yaroslavl, Russia, which became the sister city of Burlington. The files are open to the public, though archivists there said that, until now, no one had asked to see them.”

“Nothing in the documents suggests that Mr. Sanders was the only local American official targeted for propaganda, or even that he was particularly receptive to it, though they do describe him as a socialist. But the documents do show the Soviets’ intensive preparation to use Mr. Sanders’s interest in their country to their advantage.”

“Joe Biden, emboldened by his unexpectedly strong Super Tuesday performance and flush with cash, is moving to hire new aides who he hopes can quickly help him secure the Democratic presidential nomination and then guide him through the general election,” the New York Times reports.

“Mr. Biden is looking to broaden his communications and political teams and reorder some of the senior-most roles in the operation, according to multiple people familiar with the campaign’s outreach.”

A new poll from Mason-Dixon in Mississippi finds Republican Sen. Cindy Hyde-Smith leading Democrat Mike Espy, her 2018 opponent, by a 53-43 margin. Margin-wise, that’s similar to the only other public survey of the race, a January poll from Chism Strategies, but that poll had Hyde-Smith up 44-36 with a huge 20% undecided.

Republican Jim Inhofe, the longest-serving senator in Oklahoma history, announced on Thursday that he’ll seek a fifth full term this year. Inhofe, who is 85, was the last Senate incumbent to confirm his plans for 2020. He faces no serious opposition in the June primary or in the November general election.

“More than half of Facebook pages that displayed U.S. political ads during a recent 13-month period concealed the identities of their backers, according to research reviewed by Politico — a tide of deceptive messaging that raises new questions about the social network’s promises of transparency.”

Washington Post: “The discovery is one of several weaknesses uncovered by experts at New York University’s Tandon School of Engineering, who performed a security audit of Facebook’s online ad archive between May 2018 and June 2019. Their conclusions point to myriad opportunities malicious actors may have had to exploit the platform’s powerful targeting tools while hiding their tracks, misleading users and evading Facebook’s enforcement.”