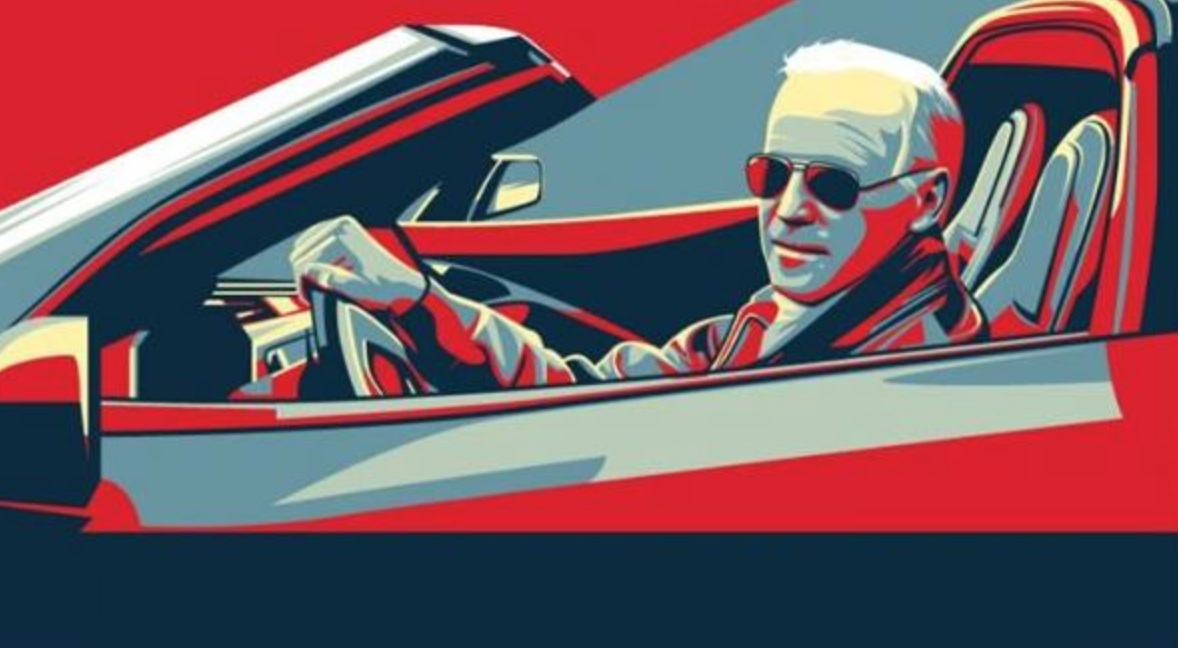 Joe Biden won the South Carolina Democratic presidential primary in a landslide, garnering 50% of the vote to Bernie Sanders’ 19% with 80% of the vote in.

Josh Marshall: “If this margin holds, Biden will have over-performed his best recent South Carolina poll by about 10 points and some polls by as much as 25 points. It’s really quite a blow out.”

Bundlers backing Joe Biden’s campaign told CNBC that they are seeing a surge in big money commitments in the wake of Saturday’s apparent blowout victory in the Palmetto State.

Jonathan Chait: “After Biden’s South Carolina victory, the first primary he has ever won in his three presidential campaigns, things look quite different. The status of Biden’s campaign has not only been upgraded to ‘alive’— at this point he is the primary, and probably the sole, alternative to Bernie Sanders. At the risk of overreacting in the opposite direction, Biden appears to have taken control of the Democrat party’s center-left voters so decisively, none of his mainstream rivals will be able to sustain a rationale for their candidacy. Michael Bloomberg, Amy Klobuchar, Pete Buttigieg — all of whom have made Biden-esque pitches to the electorate — will face enormous pressure to leave the race after Super Tuesday, and possibly even before.”

“The mistake many of us made with regard to Biden was viewing his campaign through the prism of age. Biden looks and acts much older than Bloomberg, Sanders (who has looked exactly 85 years old since the 1980s) and even Trump, who also appears to be experiencing rapid cognitive decline. Biden campaigned unevenly and delivered uncomfortably meandering debate performances which often worsened as the debate dragged on. It seemed intuitive that the pattern of decline would also apply itself to Biden’s campaign. His best day would be his first, and he would slowly exhaust the supply of pent-up goodwill that was his primary asset.”

“But whatever his limitations, Biden has not gotten worse. His last debate performance was his best. It was almost good.”

“The Trump administration on Saturday announced additional travel restrictions affecting Iran, Italy and South Korea in response to the coronavirus outbreak, following the first death from the virus in the United States,” the Washington Post reports.

“Vice President Pence said the existing travel ban on Iran would extend to foreign nationals who had been in that country the past 14 days. The State Department also is increasing its warning advising Americans not to travel to parts of Italy and South Korea affected by the virus.”

Reuters reports the administration “is considering imposing entry restrictions at the U.S.-Mexico border to control the spread of the new coronavirus in the United States.”

Washington Post; “Since Trump touched down from a two-day trip to India early Wednesday morning, the administration struggled to cope with the fallout from the crisis — shaking up and centralizing its coronavirus response team under the leadership of Vice President Pence, floating plans to stabilize the markets and publicly seeking to minimize the threat posed by the potential pandemic.”

Bill Gates, writing in the New England Journal of Medicine:

“In the past week, Covid-19 has started behaving a lot like the once-in-a-century pathogen we’ve been worried about. I hope it’s not that bad, but we should assume it will be until we know otherwise.”

“There are two reasons that Covid-19 is such a threat. First, it can kill healthy adults in addition to elderly people with existing health problems. The data so far suggest that the virus has a case fatality risk around 1%; this rate would make it many times more severe than typical seasonal influenza, putting it somewhere between the 1957 influenza pandemic (0.6%) and the 1918 influenza pandemic (2%).”

“Second, Covid-19 is transmitted quite efficiently. The average infected person spreads the disease to two or three others — an exponential rate of increase. There is also strong evidence that it can be transmitted by people who are just mildly ill or even presymptomatic.”

“Tom Steyer, the billionaire former hedge-fund executive whose prolific campaign spending altered the Democratic primary and allowed him to persist in the race, is dropping out following a loss Saturday night in South Carolina,” the New York Times reports.

“The news came after Mr. Steyer failed to capitalize on his investment of millions of dollars in South Carolina, where he had pinned the hopes of his campaign. Despite spending more than $175 million on adverting throughout his campaign, Mr. Steyer did not earn any national pledged delegates in Iowa, New Hampshire or Nevada.”

Three new confirmed or presumptive cases of the coronavirus illness COVID-19 contracted from an unknown source were reported Friday, bringing the total number of what could be “community spread” cases in the United States to four, NBC News reports.

Washington Post: “The developments mean the virus is spreading in at least four separate communities — two of them about 90 miles apart in California, and two others farther up the West Coast.”

“The United States signed a deal with the Taliban on Saturday that sets the stage to end America’s longest war — the nearly two-decade-old conflict in Afghanistan that began after the Sept. 11 attacks, killed tens of thousands of people, vexed three White House administrations and left mistrust and uncertainty on all sides,” the New York Times reports.

“The agreement lays out a timetable for the final withdrawal of United States troops from Afghanistan, the impoverished Central Asian country once unfamiliar to many Americans that now symbolizes endless conflict, foreign entanglements and a potential stage for terrorist plots.”

Washington Post: “The deal stipulates that the Taliban will pledge to enter into talks with the Afghan government and not to harbor terrorist groups intent on attacking the West.”

“South Korea urged citizens on Saturday to stay indoors as it warned of a ‘critical moment’ in its battle on the coronavirus after recording the biggest daily jump in infections, as 813 new cases took the tally to 3,150,” the Nikkei Asian Review reports.

The coronavirus outbreak could change the way the presidential campaign is run, Politico reports.

“Think sickly field organizers, restrictions on staff travel (candidates can charter their own planes), and rallies no one wants to attend.”

Said Democratic strategist Hank Sheinkopf: “There’s been nothing like this. We’re going to go through a period, obviously, where public health officials and experts are going to say no shaking hands, no public contact … We may be witnessing an era where television, or more so, social media, becomes the means to campaign in a coronavirus world.”

A federal appeals court in California halted the Trump administration’s “Remain in Mexico” immigration policy on Friday, a blow to the president’s restrictive immigration agenda that cripples one of the government’s approaches to curbing migration across the U.S. southern border, the Washington Post reports.

Matt Stoller: “The coronavirus is going to introduce economic conditions with which few people in modern America are familiar: the prospect of shortages. After 25 years of offshoring and consolidation, we now rely on overseas production for just about everything. Now in the wake of the coronavirus, China has shut down much of its production; South Korea and Italy will shut down as well.”

“Once the final imports from these countries have worked their way through the supply chains and hit our shores, it could be a while before we get more. This coronavirus will reveal, in other words, a crisis of production—and one that’s coming just in time for a presidential election.”

Ambrose Evans-Pritchard: “Central banks have met their match. They cannot counter the economic havoc caused to global supply chains from the coronavirus.”

“Nor can tax cuts or a blast of government spending plug the gap when crumbling confidence and emergency anti-virus measures are blocking the transmission channels.”

Acting White House chief of staff Mick Mulvaney criticized the news media for refusing to cover what he described as President Trump’s loving relationship with his 13-year-old son, Barron, the New York Timesreports.

“He said Mr. Trump is in frequent contact with his youngest son, calling to check in on him and let him know of his whereabouts. But, Mr. Mulvaney said, ‘the press would never show you that because it doesn’t fit that image of him, the press wants him to be this terrible monster.’”

“Mr. Mulvaney’s decision to discuss Barron Trump was curious, especially when Melania Trump, the first lady, and senior White House officials have gone to great lengths to make sure he enjoys the privacy afforded to other children of presidents growing up in the uncomfortable spotlight of the White House. The White House press corps has generally agreed to grant Barron Trump the same privacy.”

“House Democrats are seeking interviews with the four career prosecutors who quit the case of Roger Stone, a longtime confidant of President Trump, after Trump and Justice Department leaders intervened to demand a lighter jail sentence,” Politico reports.

The interviews are part of “broader demands for documents and testimony about allegations of political interference by Trump in the work of the Justice Department.”

Politico: “They’re visiting early primary states, reaching out to major donors, and — in one instance — even running commercials in Iowa. But perhaps the most overt display of ambition is on display this week here at the Conservative Political Action Conference, a rite of passage for White House aspirants eager to audition before thousands of activists whose support can be critical down the line.”

“Those with the most prominent speaking roles — a list that includes the likes of Vice President Mike Pence, Secretary of State Mike Pompeo, and Texas Sen. Ted Cruz — are regarded as likely 2024 contenders. At Wednesday evening’s opening reception, former U.N. ambassador Nikki Haley was mobbed by fans, including a woman who wore a ‘Nikki 2024’ baseball cap. Haley took a picture with the woman and signed the hat.”