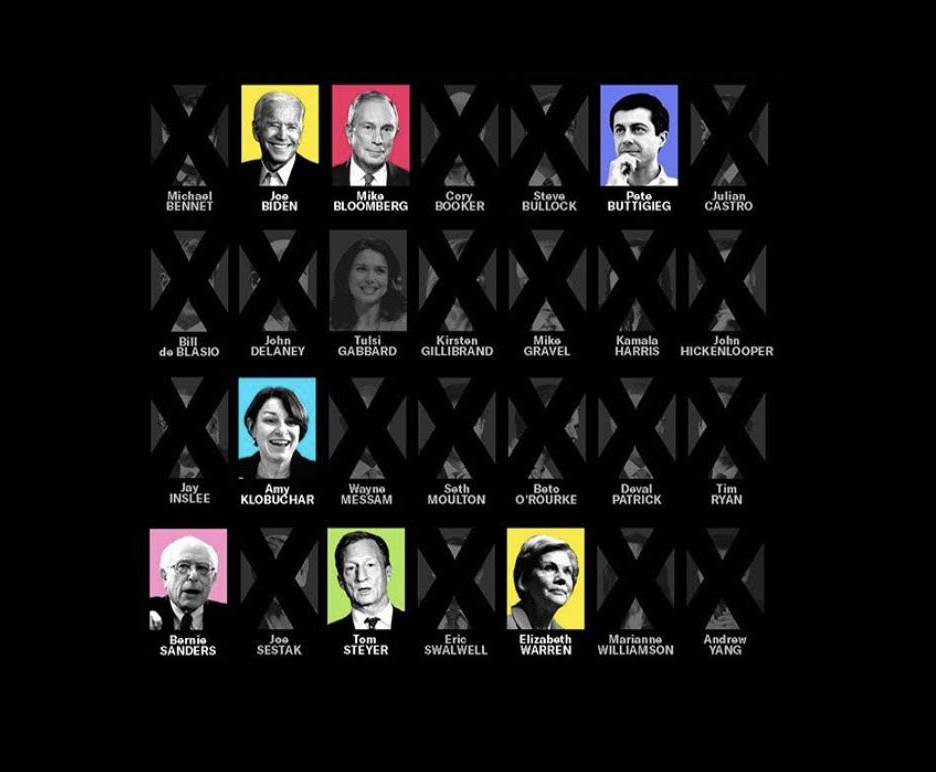 New York Times: “The forum plunged repeatedly into an unsightly spectacle of flailing hands and raised voices, and even outright chaos, with candidates talking over one another and the moderators struggling and failing at times to direct an orderly argument.”

John Harris: “The snarling incoherence of the latest Democratic presidential debate Tuesday evening made it painfully hard to follow. But in its own way the encounter perfectly crystallized the twin strategic challenges facing the party.”

“The evening was defined by peevish exchanges, raised voices, feeble attempts at humor, complaints about fairness in being allowed to speak, and extended passages of cross-talk in which moderators utterly lost control of the debate and it was impossible even to understand what was being said. The noise was hardly conducive to a sustained or intelligible argument about whether Sanders is the strongest nominee or the one most representative of the views and temper of the party.”

Josh Marshall: “I think Biden had about as good a night as he could have hoped for. He himself had a strong debate. But it was more the other things that happened – mainly, Elizabeth Warren continuing to savage Mike Bloomberg; everyone else beating up on Sanders; and Tom Steyer giving a mainly anemic performance. (Steyer may seem like an irrelevancy but he’s actually Biden’s biggest problem in South Carolina.)”

More Josh Marshall: “Warren’s line here about why she’d be a better President than Sanders, let me say something about that. I tend to see all of this through the prism of who can beat Trump and who can build the largest political coalition. But when I think about who would likely be the best President in terms of actually using the levers of the presidency, I think Warren would be the best. It’s the mix of her deep grasp of policy and — something that is talked about much less — a deep understanding of the intricacies of how the federal bureaucracy works. Over her dozen years at the highest level of American politics she’s demonstrated that again and again.”

So, the Sanders’ central thesis for his campaign and presidency is not actually happening. It better happen, or else the progressive movement will be dead for 50 years. Or maybe we just shouldn’t nominate him.

“Senate Minority Leader Chuck Schumer met with Gov. Steve Bullock in Montana last weekend as Democrats make a last-ditch effort to woo him to run for the Senate this year,” Politico reports.

“Bullock, the two-term governor and former presidential candidate, has repeatedly said he has no plans to challenge Republican Sen. Steve Daines this year. But the state’s filing deadline is just over two weeks away, and Democrats have continued to pitch Bullock on seeking the Senate seat before the window closes.”

Senate Majority Leader Mitch McConnell (R-KY) said that Republican speculation about whether Sen. Bernie Sanders may be the easiest Democrat to beat “may be a bit foolish.” Politico reports.

Said McConnell: “I’m reminded of when the Democrats back in 1980 were all pulling for Ronald Reagan to be the nominee because they thought he’d be the easiest to beat. I think it’s going to be a contested general election with a lot of energy on both sides and for myself I’ll leave it up to the Democrats to pick who they’d like to be their candidate.”

Timothy O’Brien, a senior advisor on Bloomberg’s campaign, told CNNthat Bernie Sanders has “all this loopy stuff in his background.”

Said O’Brien: “Saying things like you know, women get cancer from getting too many orgasms or toddlers should run around naked and touch each others genitals.”

He continued: “That’s the loony side of Bernie.”

She added: “In none of them was he accused of doing anything and saying something nasty to a woman, that is not who he is. Life has changed. I grew up in that world, it was a bro culture. We have come a very, very long way and Michael Bloomberg has been at the forefront of that change.”

A new Public Policy Polling survey in North Carolina finds Joe Biden leading the Democratic field with 23%, followed by Bernie Sanders at 20%, Mike Bloomberg at 17%, Elizabeth Warren at 11%, Pete Buttigieg at 9% and Amy Klobuchar at 4%.

“House Democrats are warning of a down-ballot bloodbath and centrists are freaking out. But Bernie Sanders’ colleagues have a more placid take on the rise of democratic socialist: Bernie can beat Donald Trump,” Politico reports.

“After jumping out to an early delegate advantage, seizing the lead in national polls and racking up eye-popping fundraising numbers, Sanders is the clear frontrunner as the party heads into a potentially decisive March stretch for the Democratic primary. And that’s OK with many Senate Democrats, who have served alongside Sanders for 13 years.”

“It’s not just senators being courteous to a colleague known for being something of a loner in the upper chamber. Instead, Senate Democrats respect the durable political movement he’s built over the past five years that threatened to topple Hillary Clinton and a populist streak that could be wielded against Trump to win over some of his voters.”

Politico: “Buttigieg’s campaign will start airing TV spots on Tuesday and Wednesday in 12 of the 14 March 3 primary states, part of a seven-figure ad buy on cable and broadcast stations… The campaign will also go up with a second, seven-figure digital ad program in those states.”

“Bernie Sanders’ nomination could drag down vulnerable House Democrats trying to hold onto their competitive districts, according to a new poll conducted for Mike Bloomberg’s campaign that is circulating among members — providing fresh data for moderates warning about a wipeout if Sanders emerges to lead their ticket against President Trump,” Politico reports.

“The poll of voters in more than 40 battleground House districts currently held by Democrats — conducted by Global Strategy Group for the Bloomberg campaign and obtained from two sources — found that Sanders is less popular than Trump and loses significant support when hit for holding socialist positions.”

NBC News: “While other candidates are working to shore up support ahead of Super Tuesday on March 3 by making stops in bigger states like California and Texas with large delegate hauls, Klobuchar’s campaign has made a different calculation to try to stay viable — go small.”

“In the past 36 hours, Klobuchar held public events in her home state of Minnesota, where she’s leading in polls, North Dakota (which doesn’t caucus until March 10) and in the additional Super Tuesday states of Arkansas and Oklahoma.”

Jennifer Rubin: Klobuchar’s uncompelling argument to stay in the race.