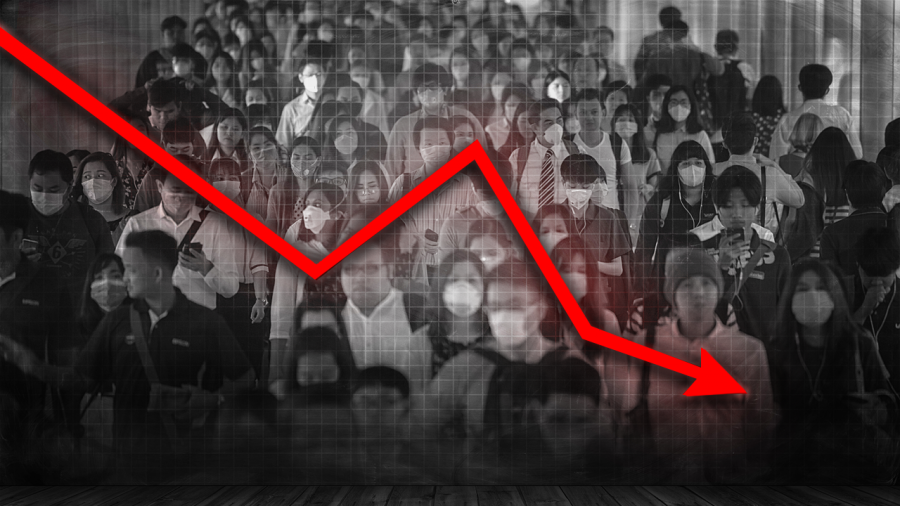 Associated Press: “Stocks are opening sharply lower on Wall Street, pushing the Dow Jones Industrial Average down more than 700 points, as virus cases spread beyond China, threatening to disrupt the global economy. The early plunge in U.S. trading erased the Dow’s gains for the year.”

“Markets in Europe and Asia had even bigger losses as infections spread in Italy, Iran and South Korea.”

“President Trump has told aides he wants fewer people working for him in the White House and only loyalists installed in key administration positions,” CNN reports.

“Trump’s allies have provided him lists — not always solicited — of people they’ve identified as disloyal and of names they say would work better toward advancing his agenda. The lists have been generated over the past three years, but some are being dusted off in the post-impeachment purge.”

Sen. Tim Scott (R-SC) told CBS News that he believes that Sen. Bernie Sanders is the Democrat who poses the “biggest threat” to President Trump in November.

Said Scott: “Bernie Sanders brings that outside game in a similar fashion that President Trump did in 2016. Think about the similarities. In 2016, Republican leadership, Republican wisdom said that there is no way in the world out of the 17 candidates, Donald Trump will be the president. I think it’s very similar.”

A new Gallup poll finds 59% of Americans say their own representative in Congress deserves to be reelected, and 35% say the same for most members of Congress.

Both figures are the highest seen since 2012 and are on the high end of what Gallup has recorded over the past decade.

“There were women in glitzy Indian garb dancing, Bollywood stars singing and an eclectic mix of music blaring in time to flashing lights. And when President Donald Trump finally appeared on stage at the world’s largest cricket stadium, the sun-soaked crowd burst into a deafening, rapturous applause. It was exactly the scene the TV star-turned president loves,” Politico reports.

“Standing alongside Modi, Trump on Monday inaugurated the brand-new Motera Stadium, lined with 110,000 orange, yellow and blue seats — all filled. Trump is ostensibly in India to help mitigate a long-standing trade dispute while tightening U.S.-Indian relations, but Monday’s mega-rally was also designed to appeal to Indian-American voters as Trump heads into his reelection campaign.”

“It was a political-style rally like no other. Even Trump’s popular MAGA rallies couldn’t compare to the size and scope of the ‘Namaste Trump’ rally.”

Jonathan Swan: “The Trump White House and its allies, over the past 18 months, assembled detailed lists of disloyal government officials to oust — and trusted pro-Trump people to replace them.”

“By the time President Trump instructed his 29-year-old former body man and new head of presidential personnel to rid his government of anti-Trump officials, he’d gathered reams of material to support his suspicions.”

“President Trump’s acting chief of staff Mick Mulvaney did not travel with him to India as scheduled at the last minute, according to four people who say he has a cold and was advised not to go,” CNN reports.

“A senior administration official who briefed reporters Friday originally listed Mulvaney along with 11 others who were expected to travel with the President for his two-day visit to the world’s most populous democracy, but Mulvaney did not board Air Force One with the others Sunday.”

Axios/YouGov:  57% of Americans believe Roger Stone should not be pardoned, while 21% say he should be, and 22% say they are unsure. 45% of Republicans support a presidential pardon for Stone. 76% of Democrats say Trump should not pardon Stone.

President Trump, “whose diet is often a rotation of steaks, burgers and meatloaf, faces a potential shock as he prepares to travel to three Indian cities this week,” CNN reports.

“His trip includes stops in Gujarat state, Agra and Delhi, where Hindus are the majority and cows are revered as sacred. In some neighborhoods, meat eating is so taboo that it’s not done in public.”

A person close to the president said Trump has salad with a meal every now and then — but other than that, “I have never seen him eat a vegetable.”

Sen. Marco Rubio (R-FL) recorded a video — oddly while he was driving a car — which laments the dangers of democratic socialism.

He added: “But the problem is that when they can’t deliver on it or you’re not happy with it, you don’t get your freedoms back.”

Chris Taylor (R), who is seeking the Republican nomination to face Rep. Tom O’Halleran (D-AZ), overdosed on heroin last week and since has suspended his campaign, the Arizona Republic reports.

Said Taylor: “I’m not going to hide from this. I’m not ashamed of what happened. I wish to sincerely apologize to the amazing people who have supported me. I don’t know what went wrong. I recently relapsed after having so many solid years in sobriety. I have to figure out where I went wrong.”