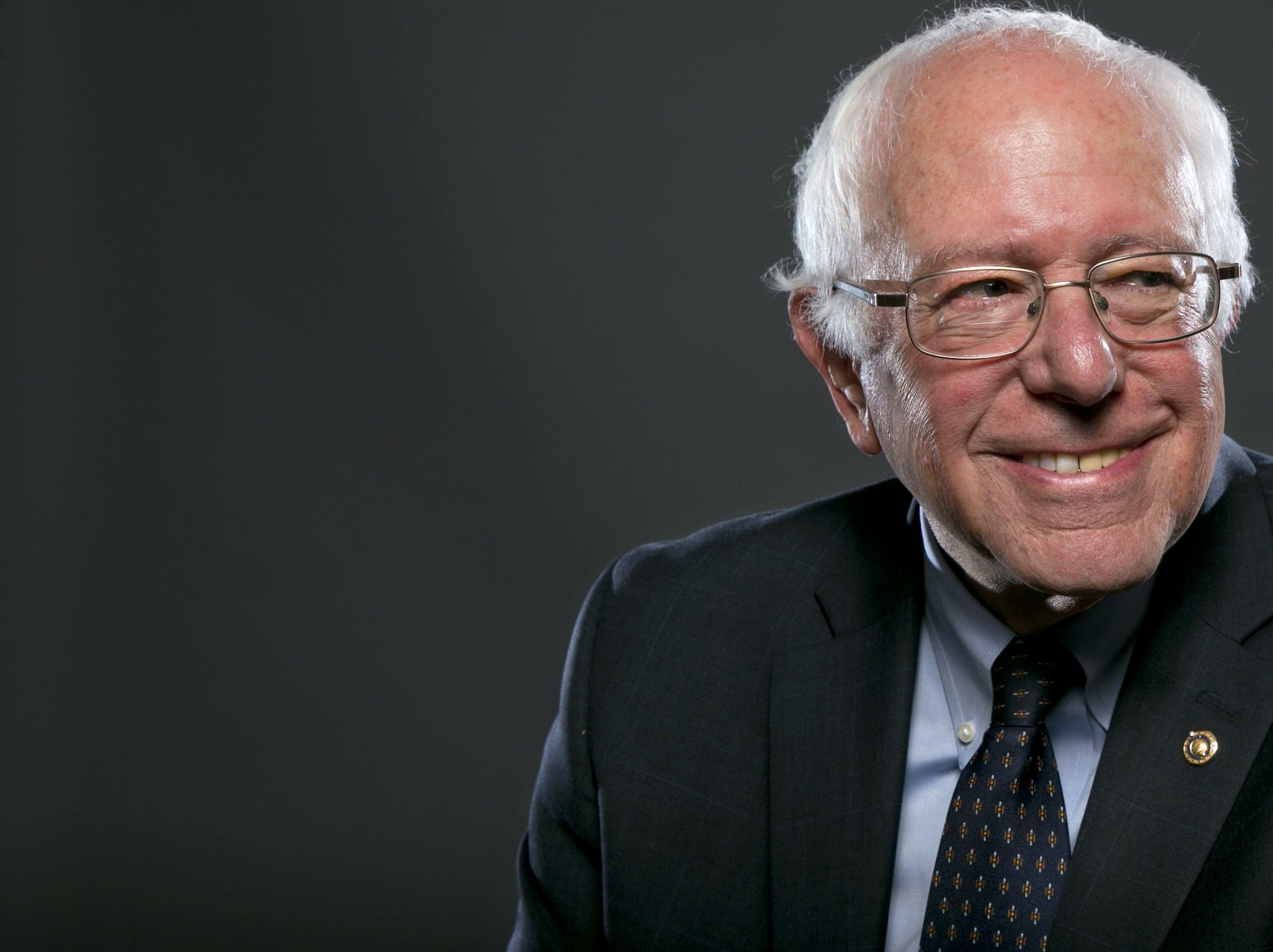 “U.S. officials have told Sen. Bernie Sanders that Russia is attempting to help his presidential campaign as part of an effort to interfere with the Democratic contest,” the Washington Post reports.

“It is not clear what form that Russian assistance has taken.” Oh, I am sure it is both twitter bot and financial donation assistance.

New York Times: “Several people close to the Bloomberg campaign, who spoke on the condition of anonymity to discuss private concerns, said that the former New York mayor’s advisers had quietly acknowledged that Mr. Bloomberg would have to take a wholly different approach to the next debate, in South Carolina on Tuesday night.”

“Mr. Bloomberg himself signaled plans to ratchet up attacks on the party’s nominal front-runner, Senator Bernie Sanders of Vermont, trying to shift focus to a progressive foil.”

The Guardian: “In the first six weeks of 2020, more than 1.6 billion of the 2.4 billion presidential campaign ads shown to US Facebook users were from the Bloomberg campaign. Since launching his campaign in mid-November, the former mayor of New York City has spent nearly $45m on Facebook ads – more than all his opponents combined.”

Sen. Bernie Sanders told 60 Minutes that Michael Bloomberg’s performance at his first debate means President Trump would likely “chew him up and spit him out” in a debate if he were to win the nomination.

When asked if he’s less worried about Bloomberg: “I am worried about an unprecedented amount of money being spent on a campaign. And– you know, we’ve never seen anything like this in American history. And I just think though that the American people will rebel against this type of oligarchic movement. We are a democracy. One person, one vote. Not a guy worth $60 billion buying an election.”

“Many think Sanders would make a poor general election candidate — but there is no big, burgeoning ‘stop Sanders’ movement building in the wings… Most donors don’t want to risk damaging a candidate suddenly looking more and more likely to be the Democratic nominee against President Trump.”

“Mike Bloomberg is privately lobbying Democratic Party officials and donors allied with his moderate opponents to flip their allegiance to him — and block Bernie Sanders — in the event of a brokered national convention,” Politico reports.

“The effort, largely executed by Bloomberg’s senior state-level advisers in recent weeks, attempts to prime Bloomberg for a second-ballot contest at the Democratic National Convention in July by poaching supporters of Joe Biden and other moderate Democrats, according to two Democratic strategists familiar with the talks and unaffiliated with Bloomberg.”

“The notion that the Democratic Party is going to have party insiders overturn the will of the voters — I just don’t think it’s gonna happen. So the clock is ticking.” — David Plouffe, quoted by Axios, on denying Bernie Sanders the Democratic nomination if he receives a plurality of the delegates at a contested convention.

Former Sen. Harry Reid (D-NV) said that Sen. Bernie Sanders or any presidential candidate should not get the Democratic nomination if they end the primary process in first place but shy of the requisite majority of delegates, the Washington Post reports.

“Reid dismissed suggestions from Sanders and his supporters that he should become the nominee if he finishes with a plurality lead ahead of the still large pack of candidates, but short of the 1,991 delegates needed to secure the nomination outright. Reid even suggested that a group of moderate candidates, trailing Sanders overall, could assemble a coalition ahead of the Democratic convention in July in Milwaukee to hand the nomination to someone else.”

Washington Post: “The dawning realization for many in the party is that what Democrats had envisioned as a jubilant national convention in Milwaukee, ground zero in a critical general-election battleground, has the potential to turn into a pitched battle among multiple candidates and their supporters, each representing dueling ideological wings of the party and convinced that the other side would lose to Trump.”

“Top campaigns have not only staffed up with delegate experts to guide them through the intricacies of the primaries, but they also have built legal teams preparing to challenge any results that don’t go their way, according to interviews with 16 top party officials and strategists.”

“And in preparation for a contested convention, some campaigns have started to reach out to superdelegates, in an attempt to secure support for a second ballot when they would come into play.”

“Amy Klobuchar is launching three new ads and going up with a seven-figure TV ad buy covering half of the Super Tuesday states on Thursday, joining a small group of Democratic presidential candidates advertising in the delegate-rich primaries looming on March 3,” Politico reports.

The Economist: “Even after correcting for demographic biases, pollsters’ data can still be unrepresentative. They may have the right shares of Latino voters and boomers, but nevertheless have too many Republicans or Democrats. This concern is pronounced when an event causes especially good, or bad, news for a political party. At such times surveys can suddenly be swamped with partisans who are eager to voice their love, or hate, for the president.”

“In the wake of Mr Trump’s acquittal in the Senate, pollsters suspect that such a bias could be affecting polls. Courtney Kennedy, the director for survey research at the Pew Research Center, says that there is a ‘strong possibility’ that the recent uptick in Mr Trump’s ratings has a wave of optimistic Republicans as its source. She says that outlets can control this problem by adjusting their data to have the correct shares of Democratic- and Republican-leaning voters, but the idea is relatively new and few pollsters have data good enough to perform such corrections.”

“The Economist’s analysis of polls taken during Mr Trump’s impeachment proceedings affirms Ms Kennedy’s suspicion. In polls that weight their data to represent America’s partisan balance or the results of the 2016 election, the share of adults who approve of Mr Trump’s job as president has risen by half a percentage point since impeachment proceedings began in earnest last October. But in polls that do not, Mr Trump’s ratings have increased by over three percentage points.”

In three critical Rust Belt states that delivered a victory to President Trump in 2016 by narrow margins, President Trump leads in head to head matchups against the top Democratic candidates in Wisconsin, but loses or trails within the margin of error in Pennsylvania matchups, and is locked in close races in Michigan, according to a Quinnipiac Poll.

Said pollster Mary Snow: “Three different states, three different scenarios, one constant — the economy. It’s a top issue for voters, and it’s giving President Trump a strong tailwind. Wisconsin voters give him a job approval rating above 50%, higher than what he receives nationally and in Pennsylvania and Michigan. These Wisconsin numbers are a red warning sign for Democrats that rebuilding the ‘blue wall’ in 2020 may not be so easy. But it’s a long way to November.”

“The Democratic primary is following a similar trajectory to what Republicans experienced four years ago, when a long-shot candidate with a devoted base gained momentum while his party’s establishment politicians squabbled over who was best suited to take him on,” the Wall Street Journal reports.

Said former Jeb Bush aide Matt Gorman: “Close your eyes: There’s a septuagenarian presidential candidate with a pretty indestructible level of support who is leading in several early states—who am I talking about? Much like Trump, the press and Beltway audiences don’t take seriously his ability to win the nomination and keep waiting breathlessly for that inevitable collapse, and neither is happening any time soon.”

“President Trump’s campaign is bringing on an alum of the controversial data firm Cambridge Analytica, a move likely to raise alarms among Trump critics and data privacy advocates who worry the president will push the technological envelope to get reelected in 2020,” Politico reports.