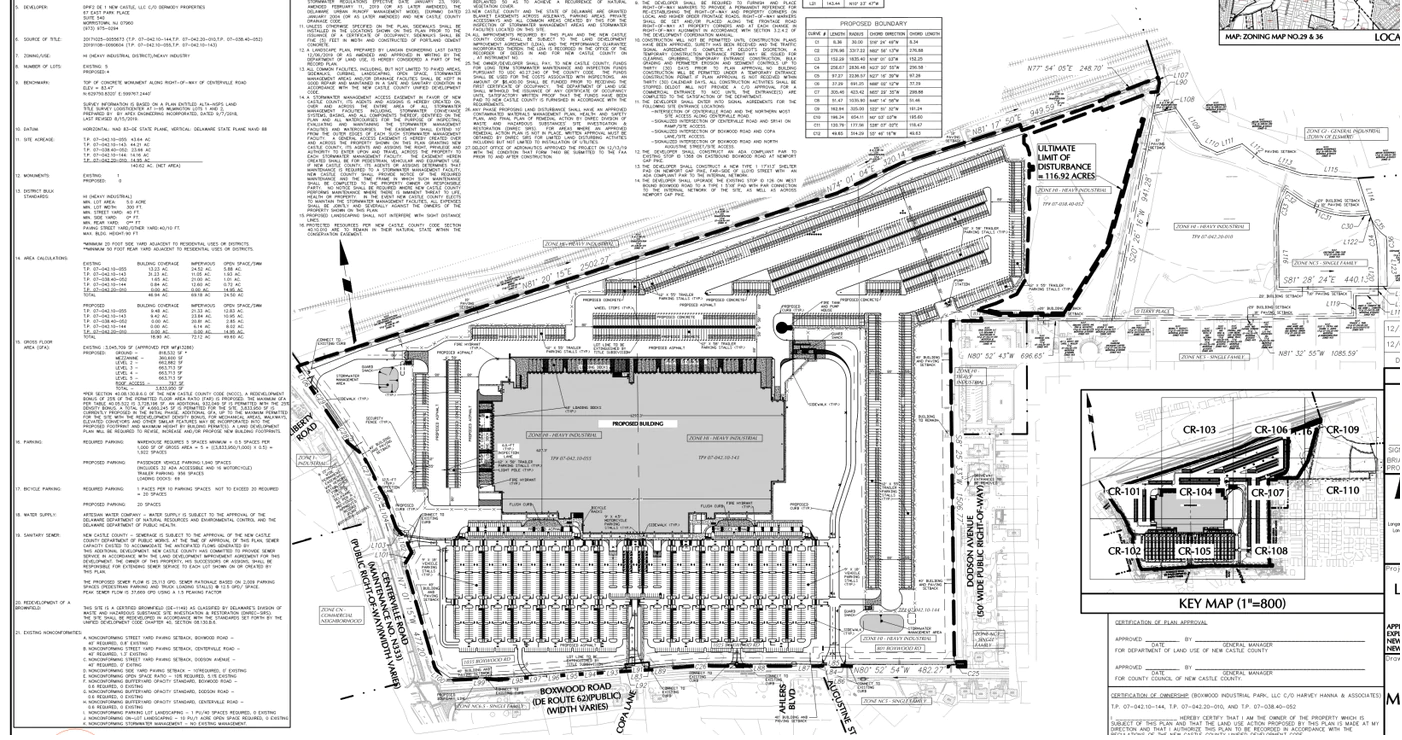 On Monday, the Delaware Economic Development Authority’s Council on Development Finance plans to review a brief proposal for the Delaware Strategic Fund money that concerns Amazon’s application to build a 5½-story, 3.83 million-square-foot LogistiCenter on the 142-acre site of the former General Motors auto assembly plant on Boxwood Road west of Wilmington. The site plan is pictured above.

To be clear, Amazon should get nothing from Delaware tax payers.

This is economic terrorism from Amazon, where they are holding a gun to the heads of our state officials and saying give us the money or else we will take our jobs elsewhere. These state officials should have the courage to say no to terrorism.

Please consider attending the public meeting on Monday at 9:00 am at the Buena Vista Conference Center at 661 South DuPont Highway in New Castle, to voice your opposition. Or you can use Delaware United’s Online Letter Writing tool provided by the Action Network! Please do one or the other or both! Thanks!

8 comments on “No Aid for Amazon”