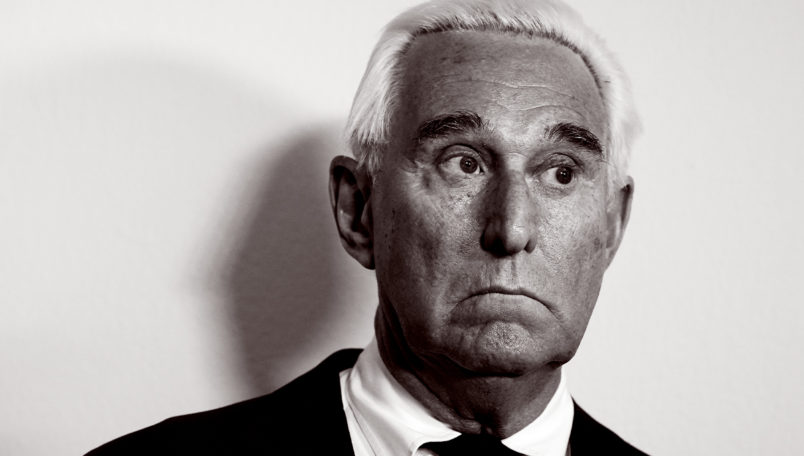 “Intelligence officials warned House lawmakers last week that Russia was interfering in the 2020 campaign to try to get President Trump re-elected,” the New York Times reports.

Trump complained “that Democrats would use it against him” and led him to “berate Joseph Maguire, the outgoing acting director of national intelligence, for allowing it to take place.”

The Washington Post first reported the Oval Office confrontation between Trump and Maguire. “President Trump erupted at his acting director of national intelligence, Joseph Maguire, in the Oval Office last week over what he perceived as disloyalty by Maguire’s staff, ruining his chances of becoming the permanent intelligence chief.”

“Maguire had been considered a leading candidate to be nominated for the DNI post, White House aides had said. But Trump’s opinion shifted last week, after he heard from a GOP ally that the intelligence official in charge of election security, who works for Maguire, gave a classified briefing last Thursday to the House Intelligence Committee on 2020 election security.”

“It’s unclear what the official, Shelby Pierson, specifically said at the briefing that angered Trump, But the president erroneously believed that she had given information exclusively to Rep. Adam Schiff (D-CA), the committee chairman, and it would be helpful to Democrats if released publicly.”

Judge Amy Berman Jackson sentenced Roger Stone, a longtime ally of President Trump, to 40 months in prison for lying to and obstructing Congress and witness tampering in the Russia investigation, the New York Times reports.

She added: “The truth still exists. The truth still matters. Roger Stone’s insistence that it doesn’t, his pride in his own lies are a threat to the very foundation of this democracy.”

House Intelligence Committee Chairman Adam Schiff said Roger Stone’s sentence was “justified” and warned that a presidential pardon in the case would be a “breathtaking act of corruption.”

Said Shiff: “Roger Stone was found guilty of lying to Congress and threatening a witness. He did it to cover up for Trump. His sentence is justified.”

He added: “It should go without saying, but to pardon Stone when his crimes were committed to protect Trump would be a breathtaking act of corruption.”

“Acting White House chief of staff Mick Mulvaney told a crowd at a private gathering in England on Wednesday night that the Trump administration ‘needs more immigrants’ for the U.S. economy to continue growing,” according to audio obtained by the Washington Post.

Said Mulvaney: “We are desperate — desperate — for more people. We are running out of people to fuel the economic growth that we’ve had in our nation over the last four years. We need more immigrants.”

Former Rep. Dana Rohrabacher (R-CA) confirmed to Yahoo News that “during a three-hour meeting at the Ecuadorian Embassy in August 2017, he told Julian Assange he would get President Trump to give him a pardon if he turned over information proving the Russians had not been the source of internal Democratic National Committee emails published by WikiLeaks.”

“Rohrabacher said that not only did talk of a Trump pardon take place during his meeting, but he also followed up by calling then White House chief of staff John Kelly to discuss the proposal. He did not, however, ever speak to Trump about it.”

Politico: “Stone and Trump have a history unlike anyone else around the president. They’ve known each other since Ronald Reagan’s 1980 White House campaign and maintained a rapport that includes Stone counseling Trump during four potential presidential runs and Trump hiring Stone as a lobbyist to represent his gambling, airline and hotel businesses. In his most recent book, Stone boasted that he knew about Trump’s 2016 plans more than two years before the formal campaign announcement.”

New York Times: “All 11 recipients had an inside connection or were promoted on Fox News. Some were vocal supporters of Mr. Trump, donated to his campaign or in one case had a son who weekended in the Hamptons with the president’s eldest son. Even three obscure women serving time on drug or fraud charges got on Mr. Trump’s radar screen through a personal connection.”

“While 14,000 clemency petitions sit unaddressed at the Justice Department’s Office of the Pardon Attorney, Mr. Trump eagerly granted relief to a former football team owner who hosted a pre-inauguration party, a onetime contestant on “Celebrity Apprentice” and an infamous investor championed both by Rudolph W. Giuliani, the president’s personal lawyer, and by the billionaire who hosted a $10 million fund-raiser for Mr. Trump just last weekend.”

The 11th Circuit has swatted down the GOP-passed law in Florida that was designed to thwart Amendment 4, the ex-felon re-enfranchisement measure.

Washington Post: “The White House is moving to take more direct control over pardons and commutations, with President Trump aiming to limit the role of the Justice Department in the clemency process as he weighs a flurry of additional pardon announcements.”

“The group, essentially an informal task force of at least a half-dozen presidential allies, has been meeting since late last year to discuss a revamped pardon system in the White House. Jared Kushner, Trump’s son-in-law and senior adviser, is taking a leading role in the new clemency initiative and has supported the idea of putting the White House more directly in control of the process that in past administrations has been housed in the Justice Department, officials said.”

“Acting White House chief of staff Mick Mulvaney said Wednesday night that the Republican Party is hypocritical when it comes to deficits,” according to audio of an overseas speech obtained by the Washington Post.

Said Mulvaney: “My party is very interested in deficits when there is a Democrat in the White House. The worst thing in the whole world is deficits when Barack Obama was the president. Then Donald Trump became president, and we’re a lot less interested as a party.”

“Mr. Trump is set to hold campaign rallies this week with two of the most vulnerable GOP senators: Martha McSally of Arizona and Cory Gardner of Colorado. Both hail from states that will be competitive in the presidential election in November and hope Mr. Trump’s visit will help them rally voters and raise money.”

“Miami-Dade commissioners unanimously approved renaming the county’s ‘Dixie’ highways after Harriet Tubman, replacing a name branded as celebrating a racist legacy with the name of a legendary liberator of Americans subjected to slavery,” the Miami Herald reports.

“A book by Lt. Gen. H.R. McMaster, President Trump’s second national security adviser, will have a book out April 28. First announced in the summer of 2018, Battlegrounds will focus on national security and foreign policy, including his contentious time with Trump,” the AP reports.