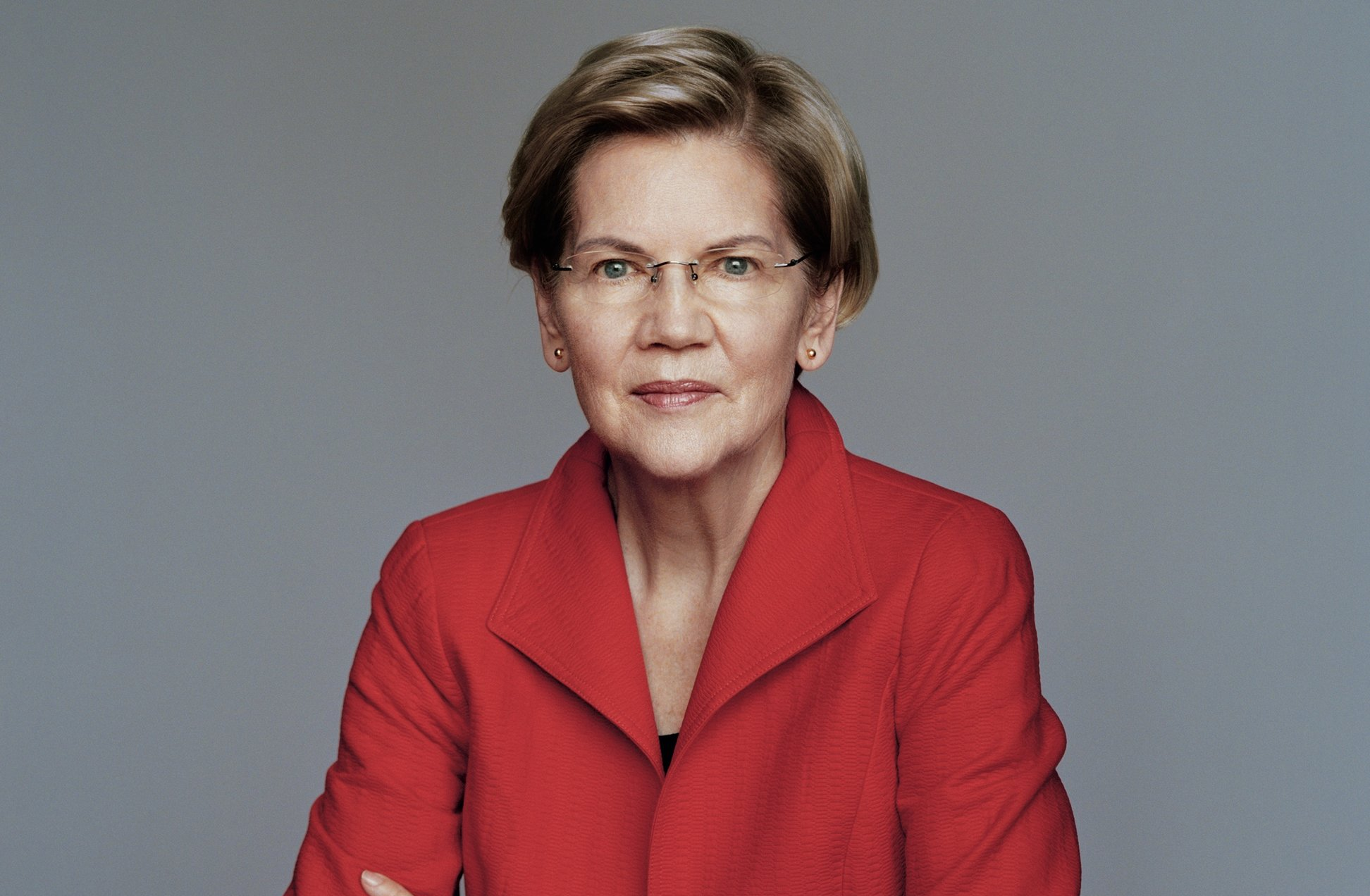 A new Emerson poll in Nevada finds Bernie Sanders leading the Democratic presidential race with 30%, followed by Pete Buttigieg at 17%, Joe Biden at 16%, Elizabeth Warren at 12%, Amy Klobuchar at 11% and Tom Steyer at 10%.

The FiveThirtyEight forecast gives Bernie Sanders a 73% chance to win the Nevada caucuses tomorrow. Harry Enten: “Sanders clearly has a better shot than anyone else to win, but a seven in 10 shot is not an overwhelming favorite. It means that there’s a decent chance Sanders won’t win.”“The lack of confidence we should have in the Nevada outcome is partially because of the lack of polling data, but also because the polling data has not been particularly predictive in the past.”

A new Winthrop poll in South Carolina finds Joe Biden leading the Democratic primary race with 24%, followed by Bernie Sanders at 19%, Tom Steyer at 15%, Pete Buttigieg at 7%, Elizabeth Warren at 6% and Amy Klobuchar at 4%.

Said pollster Scott Huffmon: “Flames seem to be licking through the cracks in Biden’s firewall. His support has dropped by double digits since the late September… Bernie Sanders, now second behind Biden, has more than doubled his support, both overall and among African American voters. With roughly one-fifth of voters remaining undecided, election day could hold some surprises.”

A new Monmouth poll in California finds Bernie Sanders leading the Democratic primary race with 23%, followed by Joe Biden at 17%, Mike Bloomberg at 13%, Elizabeth Warren at 10%, Pete Buttigieg at 9%, Tom Steyer at 5% and Amy Klobuchar at 4%.

Another 13% of likely primary voters remain undecided and do not lean toward any candidate at this time.

Said pollster Patrick Murray: “California is the big prize on Super Tuesday. As the poll currently stands, it’s possible that only two or three candidates reach viability in any given congressional district. That would enable Sanders to rack up half the delegates or more while only earning one-quarter of the total vote.”

Hollywood Reporter: “Nearly 20 million people watched the debate on NBC and MSNBC Wednesday night. The 19.66 million viewers for the two-hour telecast breaks the previous Democratic primary record of 18.1 million by a sizable margin.”

Said Warren: “He had made a promise to release all his medical records, and I thought that was what he was going to do.”

Asked if she felt like he had not done that, Ms. Warren said: “He just hasn’t. I don’t think that’s a question of opinion. Those aren’t medical records.”

New York Times: “While Ms. Warren’s opening lines had been carefully rehearsed, the most searing exchange of the night was improvised, according to her aides. Ms. Warren pressed Mr. Bloomberg about the nondisclosure agreements that former female employees at his companies had signed, so voters could know ‘what’s lurking out there,’ flustering the former mayor into perhaps his worst moments onstage.”

A new University of Massachusetts Lowell survey in Massachusetts shows Rep. Joe Kennedy (D) just ahead of Sen. Edward Markey (D) in the Democratic primary, 35% to 34%, with another 23% still undecided.

A new Morning Consult poll finds Mike Bloomberg has fallen to third place nationally, behind Bernie Sanders and Joe Biden. But his net favorability fell 20 points after this week’s debate, the only significant movement among candidates.

A new College Reaction/Axios poll finds that Sen. Bernie Sanders has surged 20 points among college students to become the group’s clear 2020 favorite. In the last two months, Sanders has risen from 15.5% in September to 22.5% in December and is now at 42.3%.

The Nevada State Democratic Party is asking site leaders to sign non-disclosure agreements, according to one volunteer who had planned to help with Saturday’s caucuses but quit because he didn’t want to sign the document, CNN reports.

CNN: “Last week on Capitol Hill, Perez even conducted an apology tour of sorts, meeting privately with select members of various Democratic constituencies to calm concerns about the integrity of the primary process, according to three people with knowledge of those meetings. He also called several House Democrats directly to head off a rumor that a petition was circulating calling for his ouster.”

“Now, with the Nevada caucuses one day away, Perez remains under close scrutiny. … This time, Perez will be on the ground in Nevada, according to a DNC official. The intended message is that the Democratic nominating process is in good hands. But Perez’s presence also means he and the national party will assume more responsibility for what happens — good or bad.”

Mike Bloomberg: “I’ve had the company go back over its record and they’ve identified 3 NDAs that we signed over the past 30-plus years with women to address complaints about comments they said I had made. If any of them want to be released from their NDA so that they can talk about those allegations, they should contact the company and they’ll be given a release.”

Of course, Bloomberg is limiting this number and this release to NDAs specifically about “comments they said I had made.”

Sen. Elizabeth Warren drafted a document that rival Michael Bloomberg can sign to release his former employees from their nondisclosure agreements, Politico reports.

Said Warren at a CNN town hall: “I used to teach contract law. And I thought I would make this easy. I wrote up a release and covenant not to sue. And all that Mayor Bloomberg has to do is download it. I’ll text it. Sign it. And then the women, or men, will be free to speak and tell their own stories.”

“Michael Bloomberg’s contribution to his presidential run neared the half-billion-dollar mark by the start of this month, as he plowed gargantuan sums into advertising and hired hundreds of staffers,” the Wall Street Journal reports.

“The billionaire, who is self-funding his campaign, had contributed $463.8 million to his campaign as of the end of last month, a new Federal Election Commission filing shows.”

Tim Miller: “Sure, there are certain candidates whose support bases overlap more than others. But not to the extent that you think. In 2016, when Chris Christie lost his voters many of them—maybe most of them—went to Trump, rather than the people supposedly in Christie’s ‘lane’—Jeb/Marco/Kasich.”

“Some anecdata: I talked to a California voter this week who doesn’t follow politics closely. She was deciding between Bernie and Biden. Which isn’t supposed to happen if you have ‘lanes.’” “People think that there’s some rational equation for these things. Like: Mike + Amy + Pete + Joe > Bernie + Elizabeth

“That’s not how it works in vivo.”

“And by the way, just as the lane theory is wrong, so are the ideas that Bernie ‘has a ceiling’ and that he ‘can’t win once the field narrows to two.’ Don’t believe me—these head-to-head polls show how wrong it is.”

Washington Post on the Two Bloombergs: “One is the tough, get-it-done, rich guy who stars in $340 million worth of advertising, emotes in scripted speeches and is praised daily by his surrogate army. The other is the sometimes bumbling, frequently ineffective and often peevish politician who showed up Wednesday night, operating on the fly.”

“Bloomberg’s advisers, well aware of his uneven public performance as New York mayor, have tried to reconcile the two identities. They have scripted a campaign message that focuses heavily on the sheer scale of his operation and power of his purse, not the campaign talents of the candidate. On the trail, he boasts of having ‘the record and the resources’ to challenge Trump, not the heart or the passion.”

“Mike Bloomberg is looking beyond the war being waged against him by the Democratic primary field toward possible general election opponent President Trump, trolling him with billboards while the president himself is campaigning in the West over the next few days,” CBS News reports.

“The billboards will go up in Phoenix and Las Vegas, where Mr. Trump will be campaigning Friday. The billboards will not only go up in high visibility areas near Trump hotel property on the Vegas Strip, but will also appear along potential motorcade routes where the president may see them as he drives by.”

“Joe Biden, Pete Buttigieg, Amy Klobuchar and Elizabeth Warren each started the month scraping perilously close to the bottom of their campaign bank accounts, posing an existential threat to their candidacies as the Democratic primary goes national,” Politico reports.

“They’re up against well-funded machines threatening to dominate the Democratic race: Bernie Sanders, whose recent rise in the polls has come during a major spending streak fueled by his online donors, and billionaire Mike Bloomberg, whose personal fortune has vaulted him into the middle of the campaign to take on President Trump.”

“While Sanders started February with nearly $17 million in the bank, according to campaign finance disclosures filed Thursday night, his next closest rival (non-billionaire class) was Biden, at $7.1 million. Warren was closest to the red, with just $2.3 million left in her account, while Buttigieg ($6.6 million) and Klobuchar ($2.9 million) were in between.”

Sen. Elizabeth Warren took out a $3 million line of credit in January ahead of the first Democratic presidential nominating processes but only accessed $400,000 of it, The Hill reports. At the same time, CNBC reports Warren reversed her position on rejecting super PAC support.

“Rep. Alexandria Ocasio-Cortez plans on Friday to endorse an all-female slate of progressive candidates through her new political action committee, using her clout in the insurgent left and the considerable campaign funds she has drawn to counter the Democratic establishment in key races around the country,” the New York Times reports.

“The endorsements of over a dozen congressional candidates — including one who is challenging Senate Democrats’ preferred candidate in Texas — amount to a powerful stamp of approval for a diverse group of newcomers. They also are a clear sign that Ms. Ocasio-Cortez, a celebrity of the liberal left, intends to leverage her influence among activists to try to reshape the Democratic Party.”

“As the Democratic primary battle turns to states with more racial diversity than the first two nominating contests in Iowa and New Hampshire, newly released data from the NBC News/Wall Street Journal poll finds that Sen. Bernie Sanders now enjoys similar levels of support among black Democratic primary voters as Joe Biden does, while all of their other rivals — with the exception of former New York City Mayor Mike Bloomberg — have failed to gain any meaningful traction with this crucial voting bloc.”

“According to the newly released data, Biden has the support of 31% of black Democratic primary voters, while Sanders captures the backing of 29%.”