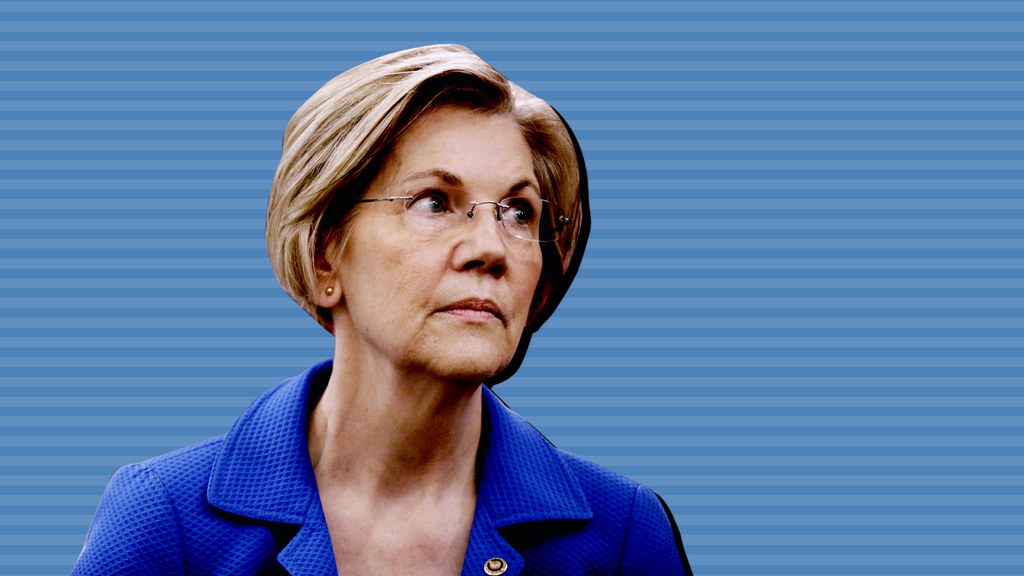 Elizabeth Warren should be the nominee. She has my vote. But regardless of whether she wins, her assassination of Michael Bloomberg tonight is the greatest public service performed by a citizen this year so far. And in fact, Bernie Sanders, for the moment, should thank her. Because all the focus was on Bloomberg rather than him, the front runner. But when he was attacked, Sanders appeared stale, repeating the talking points we’ve heard for years, and he also seemed a little angrier than normal (he idles at cranky).

Others attacked Bloomberg, and each other, too. But Warren was the best, and made the strongest case by far for her candidacy. She also had the advantage in the debate in that she was the least attacked. So hopefully she gains in Nevada and in the polls as voters give her campaign a second look due to this stellar debate performance. Democratic voters are worried and scared and they want a strong fighter to take on Trump in the fall. Well, they got a preview of that from Warren going after Bloomberg.

Pete Buttigieg trained most of his attacks on Bernie Sanders and Amy Klochuchar. But I found the whole Pete v. Amy exchange a side show where both eliminated each other. Klobuchar had her worst debate in months. Although she’s generally a good debater, she was unprepared for tough questions and was not ready for the attacks. She also appeared nervous when attacking Pete. Not a good look if we want a fighter against Trump.

Joe Biden had his best debate of the campaign. Like an actual good debate, not just a relatively OK one compared to his many mediocre showings this cycle. He came into tonight needing a good performance that could produce positive headlines, and he might have done that. Thing is, I wonder if Warren’s strong showing will get the “comeback” treatment more so than Biden’s. Maybe it restores some confidence in his campaign, and stops his free fall.

But the utter disaster of the night was Michael Bloomberg. He was just terrible, and you have to wonder if he, while standing up there, saw his half a billion investment going down the drain. No personality, no charisma, no likability at all. It’s the classic CEO narcissism. He is a billionaire and thus he thought he could be a great candidate. Nope. Much more to it than that.

The next debate is next Tuesday. After Nevada but before South Carolina.

Politico: “Amy Klobuchar made sure there would be no post-debate handshake with Pete Buttigieg. After a series of cutting exchanges during Wednesday’s presidential debate, Klobuchar cut around Buttigieg without a glance in his direction as they stepped away from their neighboring podiums following Wednesday’s Democratic showdown.”

“The hostility building between the two Midwestern Democrats burst dramatically into the open in Nevada, as they clashed repeatedly on the debate stage and tried to slash the momentum out of each other’s campaigns. Klobuchar and Buttigieg have fought before over their experience and their political records in past debates — but the feud took a deeply personal turn.”

The Fix: “You wouldn’t have thought from watching the debate that Sanders was the one threatening to open up a potentially insurmountable delegate lead in the weeks ahead. Instead, the candidates focused mostly on Bloomberg and arguably landed tougher attacks on each other than on Sanders.”

“Sanders did have to defend himself on some sticky subjects, including his refusal to provide more medical disclosure after a heart attack he suffered last year. He was also forced to respond to the Culinary Workers Union’s criticism of him for wanting to supplant their private health insurance with Medicare-for-all. But there was pretty much nothing to suggest Sanders’s momentum in this race would change.”

New York Times: “Some rivals hit him… But there was no singular moment that would seem to upend his current positive trajectory, both in Nevada and nationally. And even if Mr. Sanders did not deliver his most forceful performance, that might be enough.”

Mike Allen: “The debate underscored the Bloomberg’s campaign biggest fear: It’s hard to hide to his prickly demeanor. Bloomberg had all the time, practice and forewarning money could buy — and still struggled mightily on the public stage.”

“But it’d be foolish to assume blanket ads can’t undo the damage.” Said Elizabeth Warren after the debate: “I have no doubt that he is about to drop, tonight, another hundred million dollars on his campaign … in order to try to erase America’s memory of what happened on that debate stage.”

Sally Goldenberg and Chris Cadelago at Politico: “Bloomberg bombs in debate debut”: “He rolled his eyes when Elizabeth Warren pressed him to release women at his company from non-disclosure agreements related to alleged mistreatment. He suggested he can’t simply use TurboTax, like many Americans, to crunch his billions in order to speed up the release of his tax returns. He pouted when moderators didn’t return to himon health care, muttering, ‘What am I, chicken liver?’

“Mike Bloomberg spent the past 10 weeks flooding the airwaves with ads, racking up endorsements and climbing into contention ahead of his Super Tuesday debut. And in two hours Wednesday night, he risked losing those swift gains as he stumbled through his first nationally televised primary debate.

“He was rusty. He was testy. He was out of touch. And, for a candidate often shielded by the scripted one-liners of killer campaign advisers, he was on his own — unable to hide his peevish demeanor and unable to portray himself, as his campaign has tried to do, as the clear choice to stop Bernie Sanders and beat Donald Trump.”

Axios: “The biggest beneficiary of Bloomberg’s presence was Warren, who found the foil she desperately needed after disappointing finishes in Iowa and New Hampshire. She faced questions after the New Hampshire debate about why she didn’t get more speaking time, and it was clear she wasn’t going to let that happen again.”

“With little to lose, Warren targeted nearly every candidate on health care, calling Buttigieg’s plan ‘a slogan that was thought out by his consultants,’ Klobuchar’s plan ‘a Post-it Note — insert plan here,’ and jabbing Sanders for ‘relentlessly attacking everyone’ who questions his version of Medicare for All.”

“A Warren aide tweeted toward the end of the debate that the campaign raised $425,000 in 30 minutes. If this debate doesn’t boost her polling numbers, it’s unlikely any debate will.”

A new Change Research poll in South Carolina finds Joe Biden and Bernie Sanders tied at 23% support each, followed by Tom Steyer at 20% and Pete Buttigieg at 15%.

A new UMass-Lowell/YouGov poll in South Carolina finds Joe Biden barely leading the Democratic field with 23%, followed by Bernie Sanders at 21%, Tom Steyer at 13%, Elizabeth Warren at 11%, Pete Buttigieg at 11% and Amy Klobuchar at 9%.

“Here’s what I learned: For one thing, that watching nearly 200 campaign ads in a short period is sort of like being brainwashed, which I suppose is the goal of all advertising. At this point, I wouldn’t say I’m aboard the Bloomberg train, but I think I would feel a little less uncomfortable buying a ticket. Many of the ads are very good. Many more of them are not. The quality of any individual ad, though, is ultimately less important than the breadth of the entire corpus. It’s not that Bloomberg doesn’t have some good ideas—he does—or that he would not be a more competent executive than our current president. The point is that the campaign’s goal is to very quickly achieve messaging saturation in lieu of the monthslong ground game Bloomberg didn’t bother to run. I hate to say it, but it’s working!”

“Michael Bloomberg’s presidential campaign is hiring hundreds of workers in California to post regularly on their personal social-media accounts in support of the candidate and send text messages to their friends about him,” the Wall Street Journal reports.

“The effort, which could cost millions of dollars, is launching ahead of California’s March 3 primary and could later be deployed nationwide… It is one of the most unorthodox yet by the heavy-spending billionaire and blurs the lines between traditional campaign organizing and the distribution of sponsored content.”

After Joe Biden released a video criticizing Mike Bloomberg for opposing some of the Obama administration’s policies, Bloomberg is now out with a video of Biden praising Bloomberg.

Said Bloomberg: “We are honored to have Joe’s support.”

“Democrats won’t commit to releasing the unofficial results of Saturday’s Nevada caucuses on the day of the vote, as they emphasize accuracy over speed in the aftermath of the chaos surrounding the Iowa caucuses,” the AP reports.

5 comments on “The Campaign Report – Warren the Destroyer”