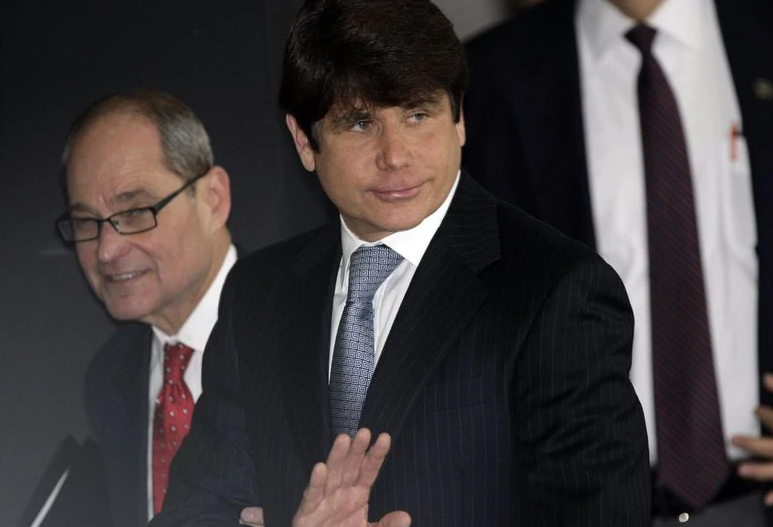 President Trump said that he had “total confidence” in Attorney General William Barr and acknowledged that he makes his top law enforcement officer’s job “harder” with his tweets, The Hill reports. Said Trump: “I have total confidence in my attorney general. I think he is doing an excellent job.”

“I’m actually, I guess, the chief law enforcement officer of the country.” — President Trump, quoted by CNN, falsely claiming he’s got the power of the Attorney General.

The top lawyer for the intelligence community, whose decision to block a whistleblower’s complaint about President Donald Trump and Ukraine from reaching Congress helped jumpstart the impeachment inquiry, is resigning from his post, Politico reports.

“A half-kilometer brick wall has been hastily erected in India’s Gujarat state ahead of a visit by President Trump, with critics saying it was built to block the view of a slum area inhabited by more than 2,000 people,” the AP reports

“The federal judge in Roger Stone’s criminal trial said Tuesday that she will still sentence the Republican operative on Thursday, but may postpone imposing the terms of that punishment pending  resolution of his request for a new trial,” CNBC reports.

The Cut: “For many of the 23 years she’s since spent in the Senate, Collins did maintain a voting record more independent than your average bear’s. According to CQ Roll Call, she voted with Democratic presidents between 49 (Clinton in 1999) and 85 (Obama in 2009) percent of the time and with Republican presidents between 59 (Bush in 2008) and 88 (Bush in 2001 and 2002) percent of the time.”

“But according to the same publication, in 2017 and 2018, during the period of the Trump administration when Republicans had a narrow majority in the Senate and every vote counted, Collins voted with Trump 94 percent of the time. Since the Republican majority has grown, she’s gone back to casting some (largely decorative) votes in opposition, some of which work mostly to alienate her from hard-core Trump voters and look to liberals like little more than a fig leaf.”

“In short, Collins has gone from pleasing an unusually high number of people, at least some of the time, to pleasing vanishingly few people almost never.”

Daily Beast: “Since at least the time of the impeachment process against Trump, Navarro — whom the president affectionately calls ‘my Peter’ — began conducting his own private investigation into the identity of Anonymous.”

“One of those sources described Navarro’s investigative efforts as partially an in-depth analysis of the language and phrases used in Anonymous’ book and other public writings. The process … mimics forensic linguistic profiling, and the goal is to cross-reference Navarro’s ‘profile’ with a list of potential suspects.”

“Worries are growing that the economic impact from the novel coronavirus outbreak will be worse than expected and that markets are being too complacent in factoring it in as a risk,” Axios reports.

“The number of confirmed cases has already far outpaced expectations and even those reports are being viewed through a lens of suspicion that the Chinese government is underreporting the figures.”

John Bolton, the former national security adviser to President Trump, suggested that his unpublished book contained far more revelations than just the campaign to pressure Ukraine for help with domestic politics but said he was fighting “censorship” by the White House, the New York Times reports.

“The Trump administration said Tuesday that it will waive federal contracting laws to speed construction of a wall at the U.S.-Mexico border,” the AP reports.

“The Department of Homeland Security said waiving procurement regulations will allow 177 miles (283 kilometers) of wall to be built more quickly in California, Arizona, New Mexico and Texas. The 10 waived laws include requirements for having open competition, justifying selections and receiving all bonding from a contractor before any work can begin.”

In the space of an hour on Twitter, President Trump threatened to sue former special counsel Robert Mueller, and suggested that Roger Stone should get a new trial because one of the members of the jury allegedly sent some mean tweets about him.

“Sen. Lindsey Graham (R-SC) and a bipartisan group of lawmakers, uniting against a Trump administration idea to withdraw U.S. troops from part of Africa, pushed back during a fiery exchange with Defense Secretary Mark Esper here over the weekend,” NBC News reports.

At one point, Graham warned Esper that there would be consequences if the Pentagon withdrew all troops from the region. Graham told Esper that he could “make your life hell.”

A national association of federal judges has called an emergency meeting Tuesday to address growing concerns about the intervention of Justice Department officials and President Trump in politically sensitive cases, USA Today reports.