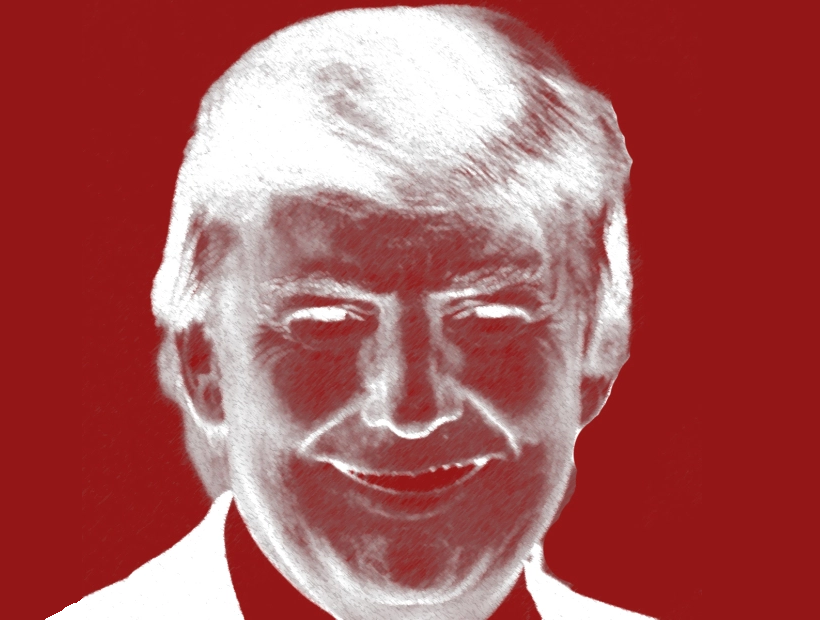 Washington Post: “Seven months after Mueller’s marathon testimony brought finality to the Russia investigation, Trump is actively seeking to rewrite the narrative that had been meticulously documented by federal law enforcement and intelligence officials, both for immediate political gain and for history.

“Turbocharged by his acquittal in the Senate’s impeachment trial and confident that he has acquired the fealty of nearly every Republican in Congress, Trump is claiming vindication and exoneration not only over his conduct with Ukraine — for which the House voted to impeach him — but also from the other investigations that have dogged his presidency.”

Jonathan Chait: “Here is one starting point for contemplating a second Trump term: The Ukraine scandal only became a Trump scandal because Ukraine refused to submit to a pair of presidential demands that would have been fairly easy to satisfy. If Ukrainian president Volodymyr Zelensky had merely announced that he was looking into a mysterious missing Democratic server and corruption by the Bidens, then the whole affair probably wouldn’t have become a Trump scandal at all. It would have become, to the American news-consuming public, a Biden scandal. Ukraine held off, though, for a very sensible reason. Ukrainians, analyzing American politics, calculated that Trump may not stay in office much beyond this year. It was a hedge against forever Trumpism.”

“Trump’s favorable rating fell faster than any other president-elect’s in the history of polling, dropping below 50 percent even before his inauguration, a fact that made him look to most civilians as well as politicians like a probable one-termer from the get-go. The assumption that his election was a terrible mistake that would be corrected in four years has been an invisible force propping up the resistance both domestic and international to his agenda. The Iran nuclear deal has primarily kept its head above water because Europe is still respecting the deal rather than joining in Trump’s saber-rattling. When Trump gutted the Obama administration’s fuel-mileage standards, auto companies steered clear, no doubt because it wouldn’t pay for them to invest in gas-guzzlers if a Democrat was to come in and force them to change again.”

“Only in the past few months has Trump’s reelection started to appear as likely as not. If he wins, a basic calculation about how to deal with him will tip for a whole range of players.”

Virginia Gov. Ralph Northam’s (D) push to ban the sale of assault weapons has failed after members of his own party balked at the proposal, the AP reports.

“Four moderate Democrats joined Republicans in Monday’s committee vote, rejecting legislation that would have prohibited the sale of certain semiautomatic firearms, including popular AR-15 style rifles, and banned the possession of magazines that hold more than 12 rounds.”

“The rumor appeared shortly after the new coronavirus struck China and spread almost as quickly: that the outbreak now afflicting people around the world had been manufactured by the Chinese government,” the New York Times reports.

“The conspiracy theory lacks evidence and has been dismissed by scientists. But it has gained an audience with the help of well-connected critics of the Chinese government such as Stephen K. Bannon, President Trump’s former chief strategist. And on Sunday, it got its biggest public boost yet.”

“Speaking on Fox News, Sen. Tom Cotton (R-AR) raised the possibility that the virus had originated in a high-security biochemical lab in Wuhan, the Chinese city at the center of the outbreak.”

Donald Ayer—who has known Bill Barr for four decades and preceded him as deputy attorney general in President George W. Bush’s administration—writes in The Atlantic that Barr is destroying the integrity and independence of the Justice Department.

“The fundamental problem is that he does not believe in the central tenet of our system of government—that no person is above the law. In chilling terms, Barr’s own words make clear his long-held belief in the need for a virtually autocratic executive who is not constrained by countervailing powers within our government under the constitutional system of checks and balances.”

“Indeed, given our national faith and trust in a rule of law no one can subvert, it is not too strong to say that Bill Barr is un-American.”

“The wedding took place in one of the president’s hotels, just blocks away from the White House… Though the White House didn’t identify the bride, Miller was engaged to Katie Waldman, press secretary for Vice President Mike Pence.”

CNN: “Prosecutors with the US attorney’s office for the Southern District of New York are considering whether to charge Giuliani associate Lev Parnas and at least one of his business partners with misleading potential investors for Fraud Guarantee, the Florida-based company that paid Giuliani, President Trump’s personal attorney, these people say. Parnas co-founded Fraud Guarantee with the idea of providing insurance to companies to protect against fraud.”

“The scrutiny of Fraud Guarantee brings the investigation closer to Giuliani, Trump’s vocal defender, and raises questions about what role the former mayor played, if any, in the marketing of the company.”

Axios: “In the lead-up to the 2018 midterm elections — buoyed by Republican control of both chambers — President Trump viewed campaigning for the House as a lower-tier priority and instead poured his energy into rallying for the Senate.”

“But after the GOP reckoning in 2018, and experiencing firsthand how damaging a Democratic-led House has been to him, Trump is now personally invested in helping Republicans regain the majority in November.”

“If Trump wins re-election and Republicans are able to hold the Senate and take back the House, Trump will essentially have free rein to do whatever he wants in his second term.”

“Coates’ working relationship with National Security Adviser Robert O’Brien, who elevated her to the deputy role only months ago, has strained amid an effort by some people inside the administration to tag her as ‘Anonymous’ — a charge she has vehemently denied to colleagues.”

John Bolton is due to make his first public speech since the impeachment inquiry into Trump wrapped up, even as his lawyers continue to wrangle with the White House over the contents of his highly anticipated book, CNN reports.

Bolton’s speech tonight at Duke University, the first of two public appearances this week, isn’t expected to directly address the issue of impeachment or the ongoing conflict over the contents of his manuscript though he is due to take questions.

Speaker Nancy Pelosi warned fellow Democrats in a CNN interview that the party “must be unified” to defeat President Trump in the 2020 presidential race, while noting that any of the candidates running to face him “would be a better president.”

Said Pelosi: “I can’t even envision a situation where he would be reelected. But we are not, we don’t take anything for granted. As I say, we have to have our own vision for the future. But everybody knows that we must be unified in making sure that he does not have a second term.”