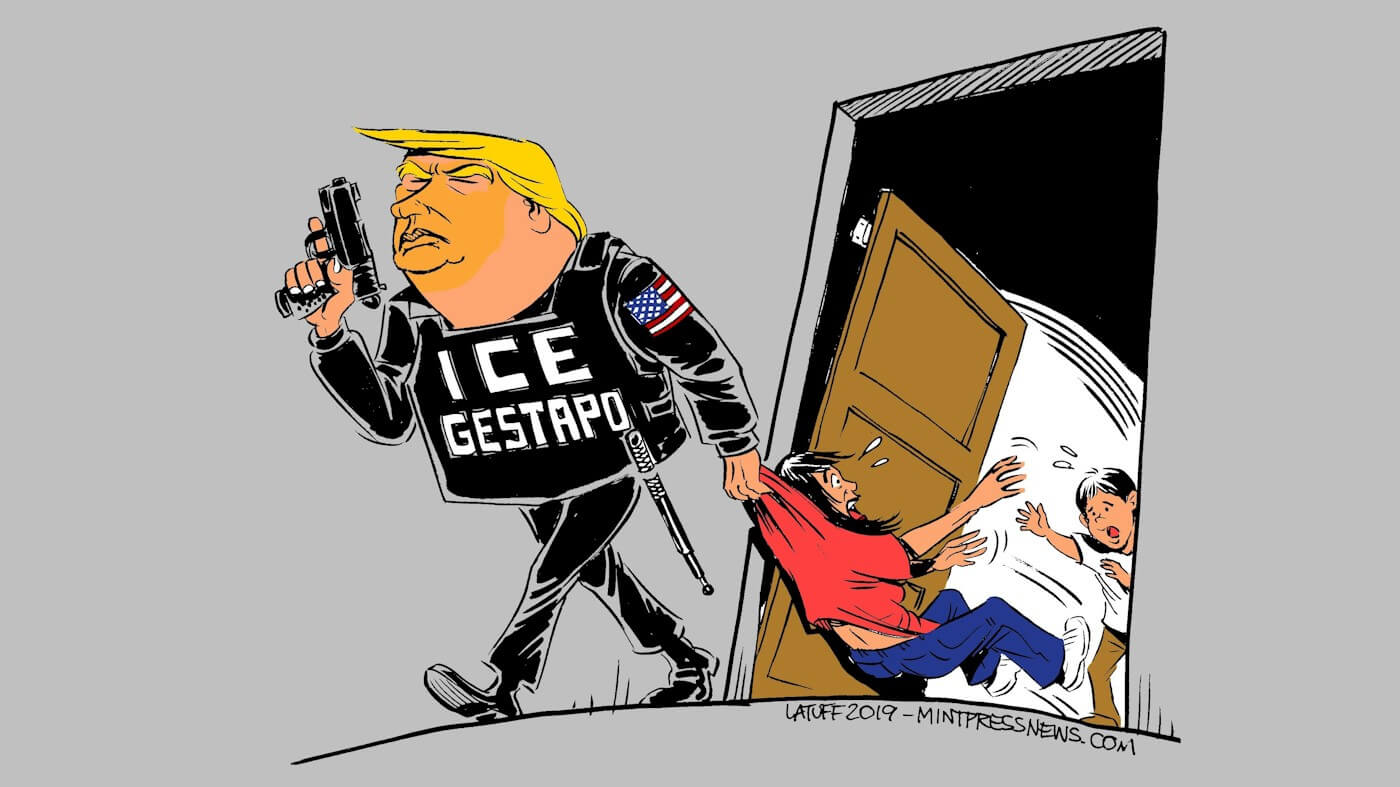 The administration will deploy elite tactical units to sanctuary cities in an aggressive arrest operation. Customs and Border Protection is sending out Border Patrol Tactical Unit (BORTAC) agents (its version of SWAT teams) to cities that have refused to participate in immigration enforcement, including Chicago, New York, San Francisco, Los Angeles, Atlanta, Houston, Boston, New Orleans, Detroit, and Newark, NJ. BORTAC agents usually deal with high-risk operations along the border and suspects who are known to be violent—from February through May, they’ll be put to work helping ICE officers make routine arrests, and terrifying entire immigrant communities.

Chinese medical workers treating coronavirus cases are facing a shortage of masks and protective equipment. According to new data from Chinese authorities, 1,716 medical workers have contracted the virus, and six have died. Meanwhile, the CDC is preparing for a widespread outbreak in the U.S. sometime in the next year or two.

Bernie Sanders told his supporters to cut it out with the online harassment. Sanders told PBS NewsHour, “Anybody making personal attacks against anybody else in my name is not part of our movement. We don’t want them,” which is great! Then he suggested that maybe those online trolls weren’t even his supporters, which is a cop-out!

A GOP Tennessee lawmaker is worried women will buy tampons in bulk if they’re included in the state’s upcoming tax-free weekend. It’s insane that menstrual products are taxed in 31 states, and it’s long past time to fix it.

The Army will not investigate Lt. Col. Alexander Vindman. The announcement comes after Trump said the military would “take a look at” whether Vindman should face disciplinary action for the “horrible” yet true things he told House investigators about the phone call with Ukrainian President Volodymyr Zelensky last July.

Josh Marshall: “There’s something about the Vindman story which, going unsaid, tells us a lot about our current moment, the moment Donald Trump has created. Army Secretary Ryan McCarthy appeared to confirm yesterday that LTC Alexander Vindman won’t face an investigation back at the Pentagon. But for what? We know what he did, which was testify – apparently truthfully – in response to a congressional subpoena. What is there to investigate? Not only do the President’s calls for an investigation not answer this question, there’s really no conceivable predicate based on any publicly known information. But that’s the point. Investigations are now simply attacks. To the extent there is a matter to be probed it is loyalty.”

U.K. Prime Minister Boris Johnson canceled a planned trip to the U.S. after Trump slammed down the phone on the prime minister. Relations broke down in recent weeks following a series of disagreements between the two over Iran, Huawei, and a rejected request by the prime minister to extradite the wife of a U.S. diplomat. Trump’s behavior during the call was described by officials as “apoplectic.”

Florida’s “red flag” gun law has been used 3,500 times since the Parkland shooting. Florida passed the law, which allows authorities to confiscate guns from people who have made threats or suffered mental breakdowns, three weeks after 17 people were killed at Marjory Stoneman Douglas High School. The gunman had threatened to commit a school shooting, and even if investigators had acted on those reports, they wouldn’t have had legal grounds to take possession of his weapons. Hundreds of guns have been confiscated since Florida made the change, and sixteen other states and Washington, DC, now have similar red flag laws, 11 of which were passed after Parkland.

North Dakota tribes have defeated a restrictive voter identification law. State officials reached a settlement with two Native American tribes over a law that requires voters to show ID with a residential address. Many Native American reservations don’t display traditional addresses, and the law would have prevented them from voting with an ID that listed a post office box. The new settlement includes a decree that requires North Dakota’s Secretary of State to ensure that tribal members can vote even without an address, and the state to inform voters of that change.

Josh Marshall: “Since that late January Gallup poll that got everyone freaked out and had a defining impact on the coverage around President Trump’s impeachment acquittal there have been numerous polls released. Some have shown the President toward the high end of the band he’s oscillated within for months or years. Most show him in exactly the same place. Three most recent readings: Morning Consult: 41%, YouGov 40%, Ipsos 41%.

This is no reason for complacency, to put it mildly. I would say that Democrats will need to beat Trump by at least 3% points to assure an electoral college victory. Events in the Democratic primaries also give me real reason for concern.

But President Trump remains an historical unpopular President. Other Presidents have been as unpopular and more unpopular. None have ever been so consistently unpopular or disapproved of by a majority of the population literally every day of his presidency.

The White House has been working overtime to demoralize the opposition, using his impeachment acquittal and mostly baseless claims of rising poll numbers to tell a story of a resurgent President on the way to reelection. That’s mostly based on flimflam and traditional con-man tactics.”

Washington Post: “While allegations about Bloomberg’s comments and treatment of women have received notice over the years, a review by The Post of thousands of pages of court documents, depositions obtained under the Freedom of Information Act and interviews with witnesses underscores how Bloomberg and his company, Bloomberg LP, have fought the claims.”

“A number of the cases have either been settled, dismissed in Bloomberg’s favor or closed because of a failure of the plaintiff to meet filing deadlines. The cases do not involve accusations of inappropriate sexual conduct; the allegations have centered around what Bloomberg has said and about the workplace culture he fostered.”

Meanwhile, Mike Bloomberg is considering making Hillary Clinton his running mate, a source close to his campaign has told Drudge Report. LOL no. Mike, are you trying to get me to vote for Bernie for primary?