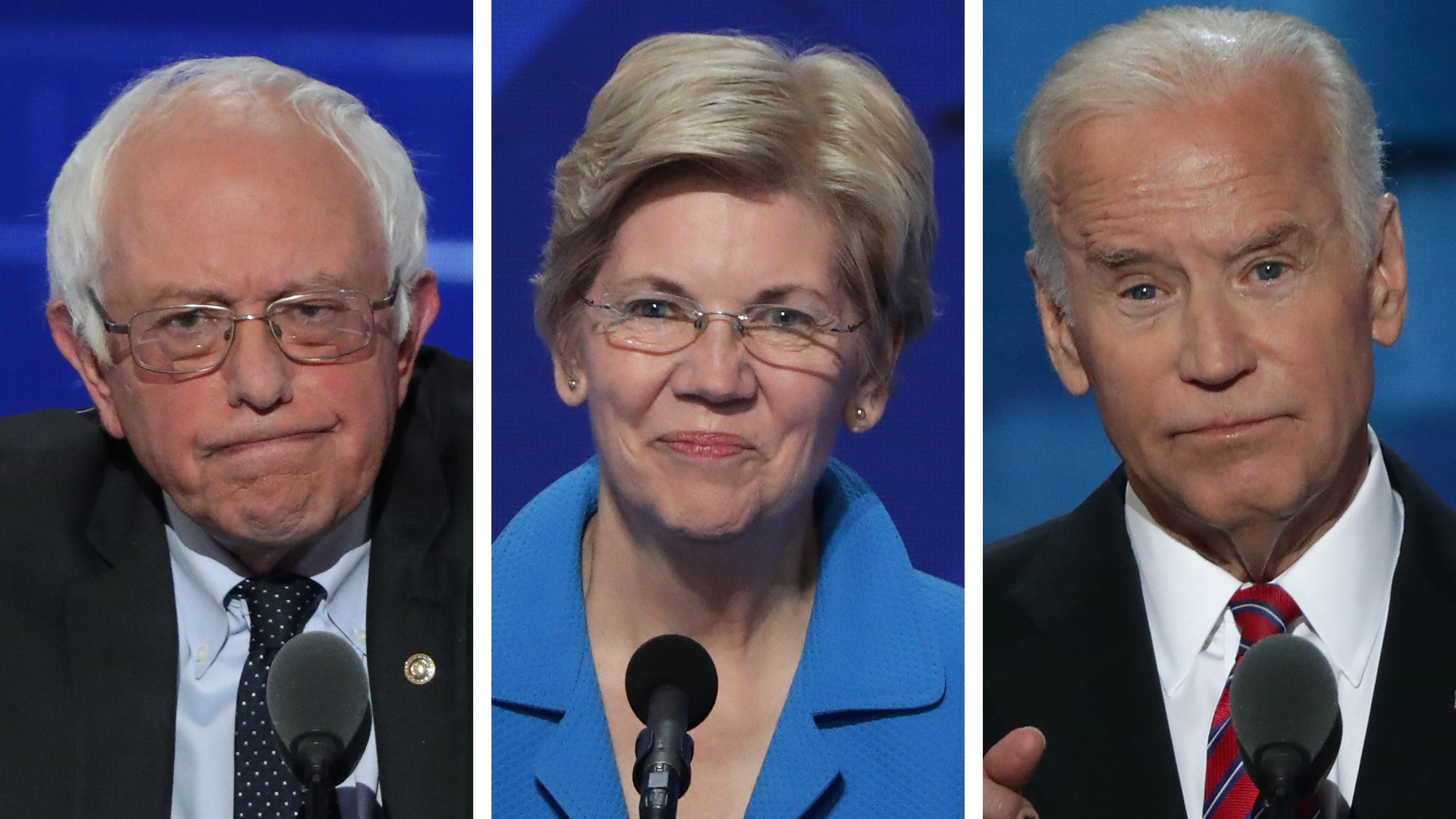 A new Monmouth poll finds Bernie Sanders leading the Democratic presidential race nationwide with 26%, followed by Joe Biden at 16%, Elizabeth Warren at 13%, Pete Buttigieg at 13%, Mike Bloomberg at 11% and Amy Klobuchar at 6%.

Said pollster Patrick Murray: “Iowa has had a significant impact on the race, especially for Biden, whose support was always soft and based largely on the perception of electability.”

“The memo provides, by far, the most detailed projections released by any campaign of delegate viability heading into Super Tuesday, predicting a ‘three-way race’ between herself, Mr. Biden and Mr. Sanders, the Vermont senator. She omits Mr. Buttigieg, the former mayor of South Bend, Ind., even though he received more support than her in Iowa and could do so again in New Hampshire. Candidates need to reach 15 percent support in each congressional district to win delegates, as well as statewide for statewide delegates.”

A new Deseret News/Hinckley Institute of Politics poll in Utah shows voters mostly approving of Sen. Mitt Romney’s vote to convict President Trump on abuse of power charges, 49% to 40% with 11% unsure. However, among Republicans only, 60% had a negative reaction to Romney’s vote, while 31% were positive.

Daily Beast: “Consider just the data. There are more than 150 Sanders campaign staffers in New Hampshire along with 17 state offices. On Saturday alone, the campaign had about 1,000 out-of-state volunteers helping with get-out-the-vote operations on top of the 14,000 regular, active volunteers in the state. The number of households that the campaign visited just that day was 150,000. The state only has about 640,000 household units, according to Census data.”

Joe Biden, staring down the possibility of a fourth- or even fifth-place finish here in New Hampshire, is heading to South Carolina to what he hopes are friendlier climes, the New York Times reports.

Vox: “A string of strong polls over the weekend have shown the Minnesota senator overtaking Sen. Elizabeth Warren and former Vice President Joe Biden to reach third place in New Hampshire, which votes Tuesday. Over the weekend, her campaign reported $2.5 million in post-debate fundraising — an impressive two-day number in the context of the $11.4 million she raised in the last three months of 2019.”

A new Monmouth poll finds just 42% of registered voters feel that President Trump should be reelected, while 55% say it is time to have someone new in the Oval Office.

However, about two-thirds of American voters believe that Trump will definitely (27%) or probably (39%) get reelected in November.

First Read: “Unlike the Iowa caucuses, the New Hampshire primary is a typical kind of election contest — with participants casting secret-ballot votes, and ‘the winner’ is the candidate who gets the most votes.”

“Undeclared — or independent — voters may vote in either the Democratic or Republican primary, and they simply choose a Dem or GOP ballot. Afterwards, the voter becomes a registered member of that political party unless they specifically fill out a form confirming they wish to return to “undeclared” status.”

“Forty-two percent of the state’s voter are undeclared, more than any other voting bloc in the state.”

“Under state law, all polling places must open no later than 11:00 am ET and close no earlier than 7:00 p.m. ET. The earliest that NBC’s Decision Desk may be able to make a projection of the winner at 8:00 pm ET.”

Business Insider: “His campaign began layoffs in the wake of his disastrous showing at the Iowa caucus, moves that the campaign characterized to Insider at the time as planned. But Yang’s staff said they were blindsided by the sudden staff cuts.”

“Many found out they something was amiss when they suddenly lost their email accounts and Slack messaging system. Others learned they’d lost their job via the rumor mill, only to receive formal letters much later.”

“A wave of people signed up to vote in Georgia last year, adding 322,000 active voters to the rolls ahead of a presidential election in an increasingly competitive state,” the Atlanta Journal Constitution reports.

“Many of these incoming voters are young and racially diverse, according to voter registration data from the secretary of state’s office. Nearly one-third of Georgia’s voters are under 35 years old. Most Georgia voters are white, but their majority is gradually shrinking each year.”

Georgia is still red on the consensus electoral map, but if it became a Toss Up the Sun Belt strategy would make a lot of sense for Democrats.

Gallup: “More than nine in 10 Americans say they would vote for a presidential candidate nominated by their party who happened to be black, Catholic, Hispanic, Jewish or a woman. Such willingness drops to eight in 10 for candidates who are evangelical Christians or are gays or lesbians. Between six and seven in 10 would vote for someone who is under 40 years of age, over 70, a Muslim or an atheist.”

“Just one group tested — socialists — receives majority opposition. Less than half of Americans, 45%, say they would vote for a socialist for president, while 53% say they would not.”