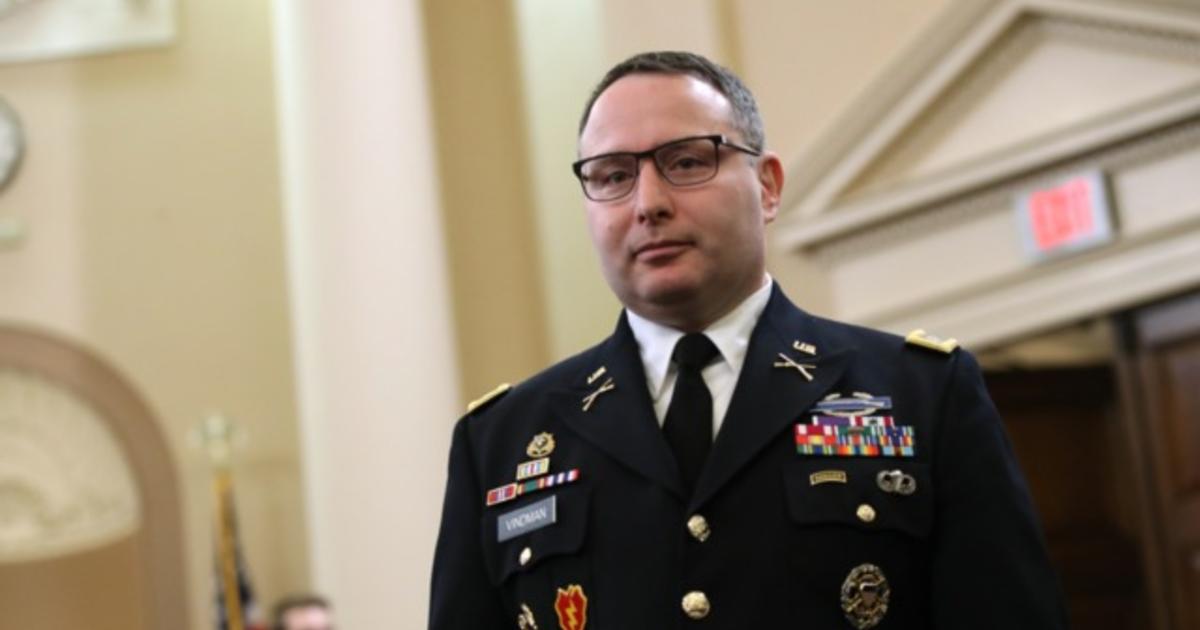 “President Trump and his aides wasted little time opening a campaign of retribution against those he blames for his impeachment, firing on Friday two of the most prominent witnesses in the inquiry against him barely 48 hours after the Senate acquitted the president,” the New York Timesreports.

“Emboldened by his victory and determined to strike back, Mr. Trump fired Gordon Sondland, the ambassador to the European Union, within hours of the White House dismissing Lt. Col. Alexander Vindman, a decorated Iraq war veteran who was a Ukraine expert on the National Security Council. Both officials testified to a House committee about the president’s efforts to pressure Ukraine to help him against his domestic political rivals.”

The Trump administration dismissed Lt. Col. Alexander Vindman, a key witness in the House impeachment hearings, and escorted him from the White House, CNN reports.

“Sen. Susan Collins (R-ME), appearing in Maine for the first time since her vote not to impeach President Trump, said that she disapproves of retribution against anyone who came forward with evidence during the process,” the Portland Press Herald reports.

Said Collins: “I’m obviously not in favor of any kind of retribution against anyone who came forward with evidence.” Hey Concerned Susie, see above.

President Trump claimed that Speaker Nancy Pelosi (D-CA) committed a crime by ripping up a copy of his speech at the State of the Union on Tuesday evening, The Hill reports. Said Trump: “I thought it was a terrible thing. It’s illegal what she did. She broke the law.”

Trump asserted that Pelosi was barred from ripping up the speech because it is an official document, later calling it “very illegal.” Of course, that’s not true, and if it were, Trump violates the same law everyday.

John Cassidy: “The key point is that Trump is now sufficiently popular, and the economic environment is sufficiently benign, to make his reelection a real and live danger. (In the online betting markets, for what they are worth, he is already a strong favorite to win.) This year, again, the result will most likely come down to ten battleground states: Arizona, Florida, Maine, Minnesota, Nevada, New Hampshire, North Carolina, and, of course, the three Rust Belt states that Trump flipped in 2016: Michigan, Pennsylvania, and Wisconsin. According to the data-research firm Morning Consult, Trump’s disapproval rating currently exceeds his approval rating in all of these states apart from Florida. But the gap has narrowed in a number of places, including Arizona, Minnesota, and Pennsylvania.”

“The identity of the Democratic candidate will obviously be vitally important, but so will the manner in which the campaign is conducted. Everyone associated with the Democratic Party—from grassroots activists to elected officials and Party operatives—will need to unite behind the winner of the primary, whoever it is, and avoid scoring any own goals. During a hard-fought primary election, it is difficult, if not impossible, for the various candidates and their supporters to project this sort of unity and discipline.”

James Comey: “Yes, as usual, he called me a sleaze and scum and a dirty cop and said he likely would no longer be president if he hadn’t fired me. Although I still can’t follow the logic of that last bit, it doesn’t matter.”

“The important thing was what happened in the audience, where there were plenty of intelligent people of deep commitment to religious principle. They laughed and smiled and clapped as a president of the United States lied, bullied, cursed and belittled the faith of other leaders. That was the deeply disturbing part of the East Room moment, and should challenge us all.”

“President Trump’s company charges the Secret Service for the rooms agents use while protecting him at his luxury properties — billing U.S. taxpayers at rates as high as $650 per night,” the Washington Post reports.

“Those charges, compiled here for the first time, show that Trump has an unprecedented — and largely hidden — business relationship with his own government.”

CNN: “Stored in devices seized from Lev Parnas by law enforcement, there’s a 34-second cell phone video of Rudy Giuliani relishing a bullfight. There are also photos of Donald Trump’s personal attorney posing with two matadors, a flamenco dancer twirling her skirt and an image of the father of Venezuela’s opposition leader beside a tray of hors d’oeuvres on the lawn of a Spanish castle.”

The best photo: Parnas wiping Giuliani’s face in London in 2019.

“Ivanka Trump and Jared Kushner, the president’s daughter and son-in-law, brought in at least $82 million in outside income while serving as senior White House advisers during 2017,” the Washington Post reports.

“The filings show how the couple are collecting immense sums from other enterprises while serving in the White House, an extraordinary income flow that ethics experts have warned could create potential conflicts of interests.”

“A federal appeals court threw out a lawsuit by more than 200 Democratic members of Congress that alleged President Trump was improperly profiting from his presidency,” the Wall Street Journal reports.

“A three-judge panel of the U.S. Court of Appeals for the District of Columbia Circuit ruled unanimously that the lawmakers didn’t have legal standing to proceed with their claims. The lawmakers couldn’t assert the institutional interests of the House or Senate against the president because the group didn’t constitute a majority in the legislature and couldn’t represent Congress as a whole.”

New York Times: “There was never much doubt that President Trump would make boasts about the economy central to his re-election campaign; that is his style, after all. What is becoming more clear is that the data on the economy are giving him something genuinely worth boasting about.”

“The big headline out of the latest numbers was that employers added 225,000 jobs in January, comfortably more than analysts had expected. That alone suggests that economic growth is steady at a minimum, and maybe accelerating as the year begins.”

Steve Israel: “Pragmatism, compromise and even ideological agility have always been part of politics. But what is happening now is dangerous. The rationalizers aren’t just turning against their own principles; many are turning against fundamental norms of democracy. The constant rationalization has made them unrecognizable. Unlike the Republicans who were Trumpian even before Donald Trump, the rationalizers have forgotten that what they now believe they once made up.”

“So they will stick with Mr. Trump. No matter how damning the facts or clear the evidence, they will defend him.”

“For so many of them, the loyalty is, well, quite rational.”

The Trump administration has bought access to a commercial database that maps the movements of millions of cellphones in America and is using it for immigration and border enforcement, the Wall Street Journalreports.

“With a five-month impeachment saga behind them, White House aides are bracing for the prospect of another staff shake-up in the West Wing as President Trump looks to enter a new chapter of his presidency,” CNN reports.

“Trump effectively lost confidence in his acting chief of staff, Mick Mulvaney, months ago, but was convinced not to act by close aides, who argued a leadership change in the White House during impeachment could cause unnecessary chaos.”