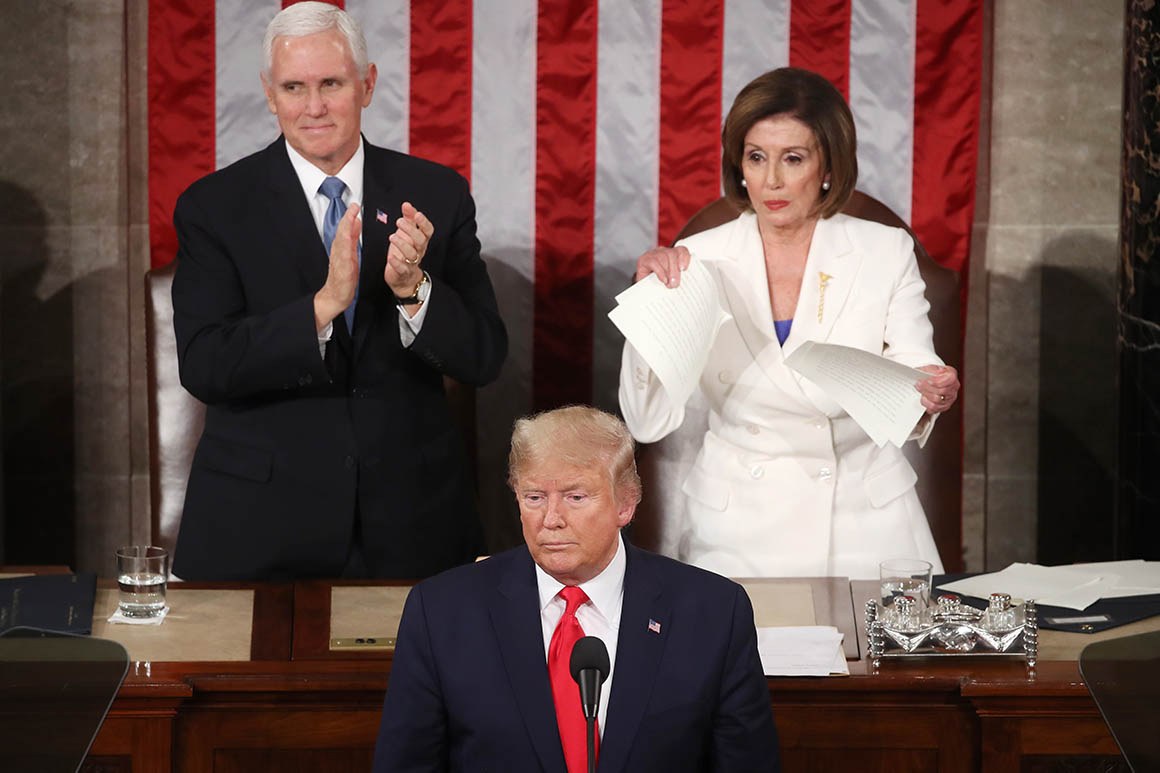 After 20 hours of waiting, the Iowa Democratic party finally released caucus results — but from just 62% of precincts across Iowa. The results based on state delegates awarded: Pete Buttigieg at 26.9%, Bernie Sanders at 25.1%, Elizabeth Warren at 18.3%, Joe Biden at 15.6% and Amy Klobuchar at 12.6%.

In terms of popular vote, Sanders holds a slight lead over Buttigieg. Important takeaway: This is probably not enough of the vote for a network projection. There was no time frame given for releasing the full results.

If you look at the first-alignment vote in Iowa — the closest thing to an actual statewide vote, as Kyle Kondik points out — you see an almost even divide between center-left and left:

Based on the available Iowa vote count so far, the New York Timesforecasts that Pete Buttigieg has a roughly 74% chance to win the most “state delegate equivalents,” while Bernie Sanders has a roughly 27% chance.

There’s still no information on when the remaining votes will be counted.

At the end of President Trump’s State of the Union address, Speaker Nancy Pelosi stood up and ripped a copy of the speech in half and threw it on the desk. Good. It was all lies anyway.

John Harris: “President Donald Trump likes his superlatives and you have to give him credit: He definitely earned them this time. This was the most defiant, most boastful, most ostentatiously theatrical, most overtly campaign-oriented, most am-I-hearing-this-right? outlandish — the most flamboyantly bizarre — State of the Union Address of All Time.”

“It was also the most disorienting, and hard to categorize through the prism of conventional political analysis. That prism already had lost much of its utility during the Trump Era, and the president seemed to shatter it completely in a 78-minute speech to a congressional audience whose fealty and contempt toward Trump were on display in equal and vivid measure. Trump long ago lost the capacity truly to shock, but he still has tricks up his sleeve: The speech showed he still has ability to surprise.”

“In particular, his speech was notable for the unapologetically zig-zag quality of the messaging. The usual rubric is that national politicians face a choice of mobilization or persuasion. One choice is to energize the partisan base with sharp-edged rhetoric and cultural and ideological scab-picking. The other choice is to blur lines with round-edged appeals to voters who aren’t on board but might yet be coaxed there. Trump refused the choice. In keeping with the more-is-more spirit of the speech, he did both.”

While Colllins said Trump’s actions were “improper and demonstrated very poor judgment,” she concluded they did not meet the threshold for removal from office.

Said Collins: “I do not believe that the House has met its burden of showing that the president’s conduct, however flawed, warrants the extreme step of immediate removal from office, nor does the record support the assertion by the House managers that the president must not remain in office one moment longer.”

“Sen. Rand Paul (R-KY) used the Senate floor to read aloud the name of an intelligence community official alleged to be the whistleblower who first raised alarms about President Donald Trump’s conduct toward Ukraine,” Politico reports.

“Over the course of two decades, the bank lent him more than $2 billion — so much that by the time he was elected, ­Deutsche Bank was by far his biggest creditor… If they ever become public, the bank’s Trump records could serve as a Rosetta Stone to decode the president’s finances. Executives told me that the bank has, or at one point had, portions of Trump’s personal federal income tax returns going back to around 2011.”

Michael Bloomberg is out with a new ad tied to tonight’s State of the Union address:

“The real state of the union: a nation divided by an angry, out of control president. A White House beset by lies, chaos and corruption. An administration that has failed the American people. It doesn’t have to be this way. Next year we can have a leader who brings people together, solves problems and gets results. Mike Bloomberg will get it done.”

The Atlantic: “Maybe it’s his calculated manner, or the way he waves at a crowd like an animatronic member of the British royal family, or his Midwestern aw-shucks niceness. But more than a year into his presidential campaign, despite all the attention paid to his candidacy, people still miss how aggressive Buttigieg is.”

“That’s what the victory-without-a-victory speech he gave last night was about.”

Rudy Giuliani told NPR that President should not back away from investigating Joe Biden even after the president’s expected acquittal by the U.S. Senate.

Said Giuliani: “Absolutely; 100%. I would have no problem with him doing it. In fact, I’d have a problem with him not doing it. I think he would be saying that Joe Biden can get away with selling out the United States, making us a fool in the Ukraine.”

Vanity Fair excerpts Sinking in the Swamp by Lachlan Markay and Asawin Suebsaeng: “The 2016 campaign wanted Trump to release an official written statement renouncing birther conspiracy theories and declaring once and for all that baby Barack was born in the United States. His aides asked him for a short and sweet statement…”

“This kicked off what two people on the call independently described as a seven‐minute, meandering spat of word vomit during which Trump kept finding new ways to say that his birther crusade was, in fact, necessary, good, and proper. He repeatedly echoed his past comments on the matter… Really, Trump reasoned, what he did was a smashing success that warranted no apology, and he was happy he helped settle one of the great questions of our time.”

“Had this soliloquy been made public, it would have spanned two pages, single spaced.”

Jonathan Chait: “We are living in an era of what political scientists describe as ‘strong partisanship and weak parties’ — or, alternatively, as ‘negative partisanship.’ The electorate is polarized into opposing camps, but their emotional impetus is driven by hostility to the other party rather than trust in their own.”

“The Republican Party’s solution to this predicament has been to fashion itself as a cult of personality devoted to Donald Trump. The Democratic Party’s solution has been a series of technocratic fixes intended to increase its own legitimacy. But the Iowa caucus is the latest indication that the effort is collapsing.”

“President Trump told network anchors during a private lunch Tuesday that he will award Rush Limbaugh with the Medal of Freedom, one day after the prominent political radio host announced he has advanced lung cancer,” CNN reports.

“The faulty smartphone app behind the chaotic aftermath of Iowa’s Democratic caucuses was the work of a little-known company called Shadow Inc. that was founded by veterans of Hillary Clinton’s unsuccessful presidential campaign, and whose previous work was marked by a string of failures, including a near bankruptcy,” the New York Times reports.

“The app grew out of a broader push by Democrats, backed by tens of millions of dollars in donor money, to match the Republicans’ prowess in digital advertising and organizing after the 2016 election. Much of the energy and investment have gone into enterprises that are intended to both boost the Democrats’ digital game and turn a profit, like Shadow.”

Rick Hasen: “As President Trump plans a triumphant State of the Union address anticipating his likely acquittal by the Senate, the White House is reportedly awash in a sense of invincibility.”

“Trump’s certainty that he simply cannot lose could have a real impact on this year’s election. Since assuming office in January 2017, Trump has made at least 27 references to staying in office beyond the constitutional limit of two terms. He often follows up with a remark indicating he is ‘joking,’ ‘kidding,’ or saying it to drive the ‘fake’ news media ‘crazy.’ Even if Trump thinks that he’s only ‘joking,’ the comments fit a broader pattern that raises the prospect that Trump may not leave office quietly in the event he’s on the losing end of a very close election. And unfortunately this possibility is only one of a number of potential election meltdowns we may face in November.”

“President Trump’s re-election campaign escorted a Bloomberg News reporter from an event in Iowa, following a pledge no longer to approve credentials for the news organization,” the Wall Street Journal reports.

“Each year, presidents invite broadcast and cable news anchors for an off-the-record lunch the afternoon of the State of the Union address,” Mediaite reports.

“This year, President Trump excluded CNN from the lunch… According to Brian Stelter, while Trump has maintained the traditional lunch and will host one this year — despite his campaign of performative animosity towards the media — the White House has not invited any anchors from CNN.”