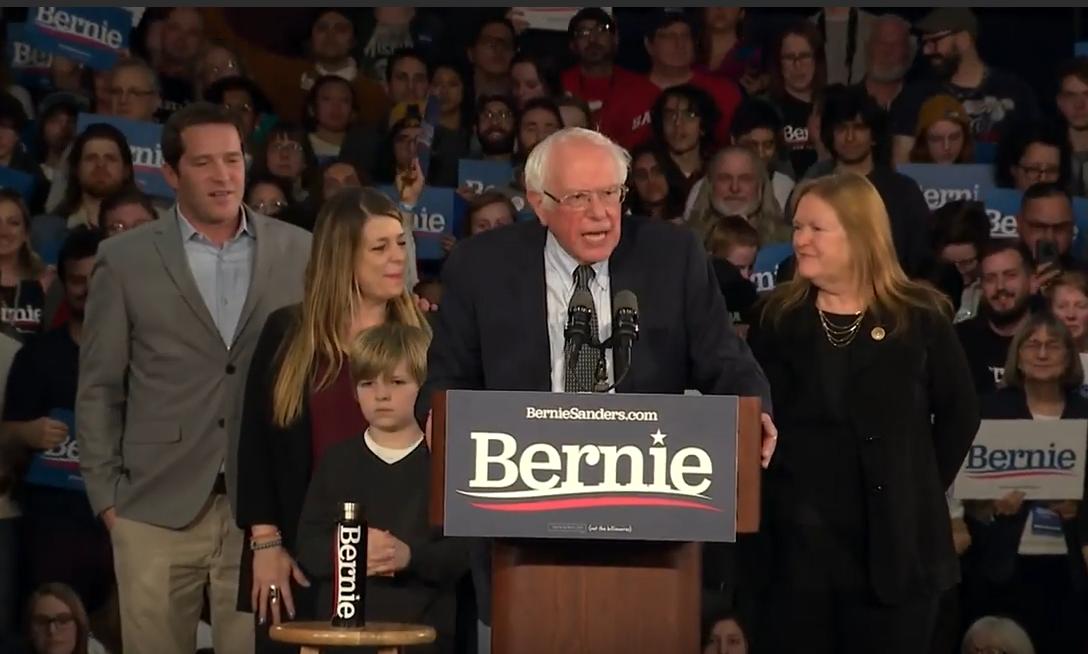 Tim Alberta: “There can be no doubting it now, not after so many years spent in the crosshairs, not after active presidential candidates began challenging its privileged position atop the nominating calendar, and certainly not after Monday night’s debacle that left seven candidates and millions of viewers waiting for results that never came: Iowa’s reign is over.”

Once the results are released, we can trust them because there are paper ballots to back all the numbers up. So shove your conspiracy theories up where the sun doesn’t shine, Bernie Bros. Indeed, Sanders has likely won or tied or came in second.

Nate Cohn: “We don’t know the result, but I’m pretty sure if that entrance poll were adjusted to match sample precinct results (not perfectly representative!), and it looks like a Sanders-Buttigieg race around 22.5% or so with Warren/Biden back at 16%, Klobuchar at 13%.”

“Anyway, 50 or whatever sample precincts aren’t perfect, and don’t account for realignment/SDEs. But it’s probably the best measure we have.”

Nate Silver: “Maybe there will eventually be a decent-sized Iowa bounce despite all of this. But there’s a good chance that the candidates who did well in Iowa get screwed, and the candidates who did poorly there get a mulligan. To repeat: There’s very little importance in a mathematical sense to who wins 41 delegates. Iowa is all about the media narrative it produces and all about momentum, and that momentum, whoever wins, is likely to have been blunted.”

James Hohmann: “Joe Biden’s core message was electability, but the former vice president failed to consolidate support among the majority of Iowa caucus-goers who said choosing a candidate who can beat President Trump was their first priority, according to preliminary entrance polls conducted Monday night.”

“Just under one-quarter of electability-focused voters supported Biden, while a similar percentage backed Pete Buttigieg. Amy Klobuchar, Bernie Sanders and Elizabeth Warren each drew about 15% support among this group.”

“By contrast, Biden received only 5% support among caucus-goers who said it was most important to nominate a candidate they agree with. Sanders led among this group with 36% support.”

President Trump piled on to criticism of Iowa’s Democratic caucuses, labeling the first-in-the-nation nominating contest an “unmitigated disaster” as officials there work to pry results from a process choked with confusion and technical snafus, Politico reports.

Said Trump: “The Democrat Caucus is an unmitigated disaster. Nothing works, just like they ran the Country. Remember the 5 Billion Dollar Obamacare Website, that should have cost 2% of that. The only person that can claim a very big victory in Iowa last night is Trump.”

Washington Post: “Buttigieg’s plane landed in Concord shortly before 4 a.m. Tuesday. By 7 a.m., his campaign had not only announced a fresh Granite State endorsement (Nashua Mayor Jim Donchess), but it had also issued a memo to reporters detailing its precinct-level data from Monday night in Iowa.”

The rest of the field was in single digits.

The first of a continuous eight-day 7 News/ Emerson College Polling tracking poll of New Hampshire Democratic voters finds Bernie Sanders with a commanding lead in the Granite State at 29% support, followed by Joe Biden at 14%, Pete Buttigieg at 13%, and Elizabeth Warren with 12%. No other candidate reached double digits.

“It’s been more than a year since Heidi Heitkamp lost her Senate re-election campaign to Kevin Cramer. However, according to her most recent filing with the Federal Election Commission, she still has millions of dollars in her campaign,” the Fargo Forum reports.

“How has Heitkamp been spending her campaign money over the last year? Booze, fine dining, and luxury travel make up a big chunk of it…”

“That’s how Heitkamp has been spending the money. Now let’s talk about how she could spend it. It is a potential game-changer for North Dakota Democrats this cycle if Heitkamp decides to play kingmaker. She could use some of those millions to promote statewide and local candidates.”

Kyle Kondik has an excellent overview of the Democratic presidential primary race. His takeaways are that the calendar is frontloaded, with the heart of the action coming from March 3-17, and if there is not a clear leader by St. Patrick’s Day, and especially by the end of April, the primary electorate may not actually be able to crown a clear winner and we will have a contested convention

This piece was published before last night’s unmitigated disaster. But it is every more important now.

Also interesting: Michael Bloomberg has pulled even with Elizabeth Warren in third place at 14% each.

“But the poll still found Sanders, who describes himself as a democratic socialist, with a lead over Trump, earning 49% support in a head-to-head matchup compared to Trump’s 45%. Former Vice President Joe Biden, Sen. Elizabeth Warren, and Pete Buttigieg also led Trump.”

“Bernie has said this, I absolutely believe this: whoever gets the nomination, we have to rally behind them, no matter who it is. And I would hope that everybody would do so if Bernie is the nominee as well.” — Rep. Alexandria Ocasio-Cortez (D-NY), in an interview with Time.

Amy Klobuchar told NBC News that she will continue to campaign no matter where she finishes in the Iowa caucus today. Said Klobuchar: “There’s no scenario where I don’t go on.”

Walter Shapiro: “Underestimated from the beginning, Klobuchar is the Great Survivor of this Democratic presidential race. Three of her flashier Capitol Hill colleagues—Kamala Harris, Cory Booker, and Kirsten Gillibrand—are all back to being full-time senators.”

Mike Bloomberg tells Axios he’d support Bernie Sanders over Donald Trump if those were his two options, but that people should understand Sanders at this moment is “so far to the left it’s not practical” and that “what he wants to do would never get through Congress.”

Said Bloomberg: “I don’t agree with him on virtually anything. But I have committed to support the Democratic candidate because I find Trump so unsuited for the job.”