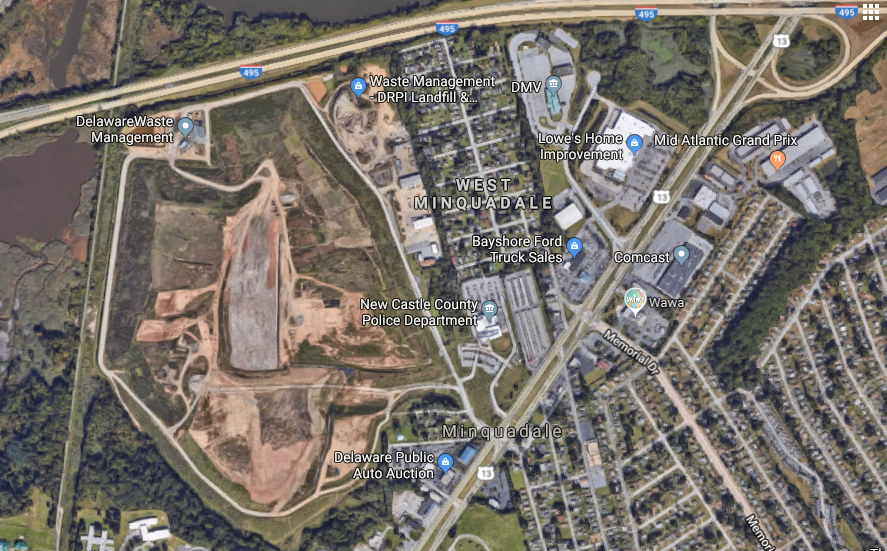 This ping pong Amendment War Senator Dave McBride is having with State Representative Franklin Cooke over House Bill 212, that originally would have limited industrial landfills in Delaware from exceeding 130 feet, is placing him (McBride) on the side of pollution and polluters in his very own district. Well, the district he is elected to represent, rather than the district he actually lives in. This, on top of trying to change election law earlier this month to benefit incumbents like him who are facing primary challenges this year, reveals a definite change to McBride. He seems more spiteful, and more petty, than ever before.

As we stated earlier this week, House Bill 212, passed the House, 25-14. In the Senate, Senator McBride added an Amendment increasing the cap limit from 130 feet to 140 feet. I wondered whether the reason for that change is that there were already some industrial landfills in Delaware that were already over 130 feet in height. The Senate passed the amendment unanimously, 20-0, and then passed the bill unanimously 20-0.

Since the bill was amended, it needed to return to the House again for a vote on the amended bill. But Cooke was not content to just pass the Senate amended bill. Instead, he introduced and passed an amendment that accepted the Senate height change of 140 feet, but also defined “Industrial landfill” to mean any landsite at which industrial waste is deposited on or into the land as fill for the purpose of permanent disposal.

The Cooke Amendment passed unanimously by a voice vote. And then the House passed the newly amended House Bill 212 unanimously, 38-0

The Second Senate Amendment, in Orwellian and Trumpian fashion, says that the definition of an industrial landfill does not include the disposal of hazardous waste. The Amendment then adds back in a lot of the provisions from the Cooke Amendment relating to the buffer zone and zoning, except for protecting the health, safety, and welfare of individuals who might be impacted from pollution from run-off due to heavy rains or other hazardous weather conditions, or from pollutants in soil, aquifers, or any water supply.

So that was a big fuck you to Delaware residents, including many of McBride’s own constituents in the 13th Senate District, that live near or next to an industrial landfill.

What surprises me about this petty ping pong war between McBride and Cooke is that every member of each chamber, regardless of party, is backing their respective colleague. This isn’t a party war, this is a Chamber war. And who knows how it ends.

Update: here is how it ends: The House this afternoon passed the Senate amended bill with no further amendments. So this is done. McBride won and made the bill worse environmentally, at least from my reading. Someone correct me if I am wrong, if I am wrong. Yet one more reason to defeat him in the primary in September.

And now everyone is making nice. From the House Dem press release:

“Environmental justice means standing up for our communities when their health, safety, and quality of life is under threat. I was concerned when I heard that neighborhoods in my district like West Minquadale were facing the prospect of living next to a landfill almost 20 stories high,” said Rep. Cooke, D-New Castle West. “I’m proud that Sen. McBride and I were able to put forth a bill that not only protects the residents we’re privileged to represent, but provides environmental protections to ensure that any future landfills in the First State are buffered from areas the public uses or other environmentally sensitive areas.”

“Rep. Cooke is to be applauded for hearing the voices of concern in our community and stepping forward with a solution,” said Sen. McBride, D-Hawk’s Nest. “This bill matches that height restriction imposed by New Castle County and provides additional protections that will ensure future private landfills are not a risk to the health of their neighbors. I very much appreciate Rep. Cooke’s work on this issue and was delighted to assist him.”

Every member of each chamber votes yes, except for the following: