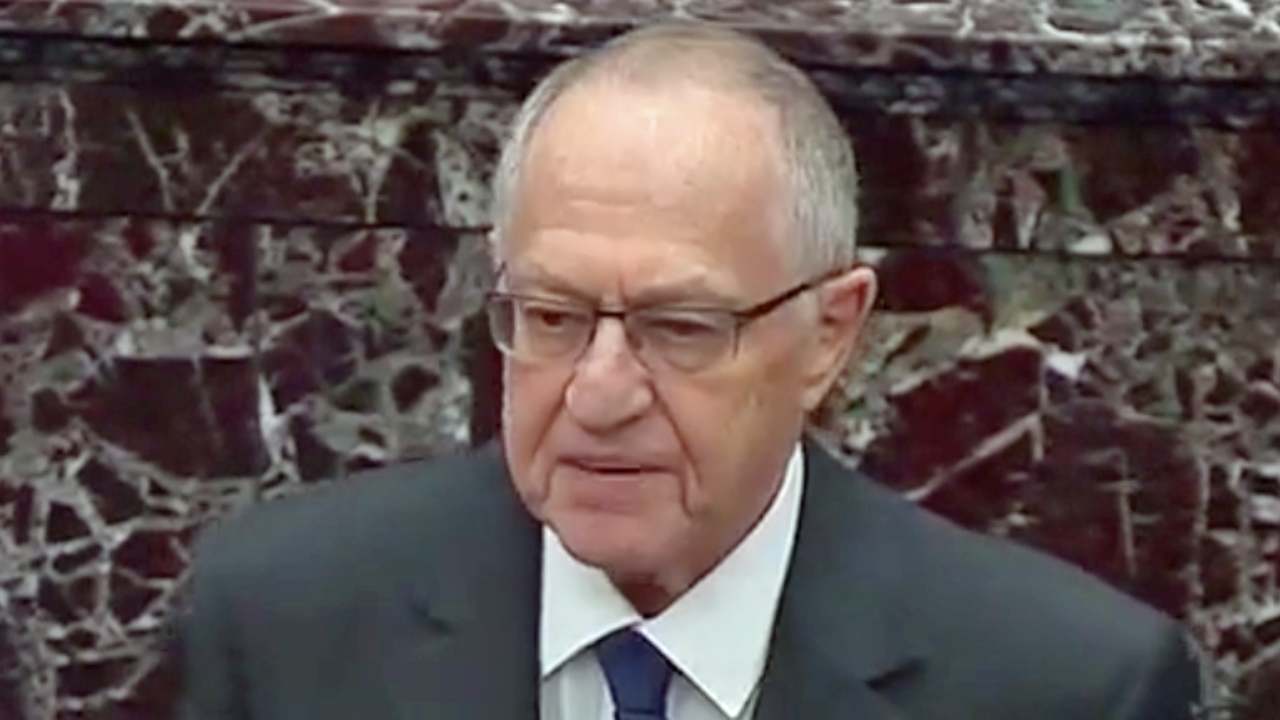 “Alan Dershowitz, one of President Trump’s impeachment lawyers, pushed an extraordinarily expansive view of executive power during his trial, arguing that any action taken by the president to help his own re-election is, by definition, in the public interest,” the New York Timesreports.

Said Dershowitz: “If the president does something that he thinks will help him get elected, in the public interest, that cannot be the kind of quid pro quo that results in impeachment.”

“The assertion amounted to an argument that even if all of Democrats’ impeachment allegations are true — that Mr. Trump was, in fact, seeking election advantage when he demanded that Ukraine investigate his political opponents — it would still be appropriate.”

The Hill: “It was clear to Senate Republicans on Wednesday after a morning meeting between Senate Majority Leader Mitch McConnell (R-KY) and Sen. Lisa Murkowski (R-AK) that the question of having additional witnesses is settled, and the Senate will vote Friday to wrap up the impeachment trial of President Trump.”

Said Gardner: “I do not believe we need to hear from an 18th witness. I have approached every aspect of this grave constitutional duty with the respect and attention required by law, and have reached this decision after carefully weighing the House managers and defense arguments and closely reviewing the evidence from the House, which included well over 100 hours of testimony from 17 witnesses.”

“With the critical vote looming on Friday on whether to call new witnesses in President Trump’s impeachment trial, Senate Republicans are coalescing around the idea that it is better to risk looking like they ignored relevant evidence than to plunge the Senate into an open-ended inquiry and anger President Trump,” the New York Times reports.

“After a private party meeting on Tuesday, top Republicans were increasingly confident on Wednesday that they could hold off witnesses, according to people close to Senator Mitch McConnell, the majority leader, who insisted on anonymity to characterize private discussions. And some were saying publicly that part of their reasoning was that allowing any witnesses would open the floodgates and tie up the Senate indefinitely, though the eventual outcome — Mr. Trump’s acquittal — remains the same.”

Although Lev Parnas has arrived on Capitol Hill, it appears the former Rudy Giuliani associate will not be able to actually enter the Senate chamber where the impeachment trial is being held because he wears an ankle monitor, Politico reports.

Parnas told PBS: “The president knew everything that was going on in Ukraine,” adding that there were “many quid pro quos.”

The White House has issued a formal threat to former national security adviser John Bolton to keep him from publishing his book, The Room Where It Happened: A White House Memoir, CNN reports.

“The letter comes as President Trump attacks Bolton on Twitter and as Bolton’s lawyer accuses the White House of corrupting the vetting process for Bolton’s book by sharing the contents of the book with those outside the National Security Council’s Records Management Division.”

“A trio of moderate Senate Democrats is wrestling with whether to vote to convict Donald Trump in his impeachment trial — or give the president the bipartisan acquittal he’s eagerly seeking,” Politico reports.

“Democratic Sens. Joe Manchin of West Virginia, Kyrsten Sinema of Arizona and Doug Jones of Alabama are all undecided on whether to vote to remove the president from office and agonizing over where to land. It’s a decision that could have major ramifications for each senator’s legacy and political prospects — as well shape the broader political dynamic surrounding impeachment heading into the 2020 election.”

Sen. Doug Jones (D-AL) suggested to CBS News that decision on witnesses in President Trump’s impeachment trial could influence his final vote on acquittal. Said Jones: “It could very well! I think it’s a real problem when President Trump starts attacking every witness that is supposed to come here… Quite frankly, some people would argue it shows his guilt under Article Two.

Sen. Joe Manchin (D-WV) told MSNBC that he believes Hunter Biden is a relevant witness in President Trump’s Senate impeachment trial. Said Manchin: “You know, I think so. I really do. I don’t have a problem there, because this is why we are where we are. Now, I think that he could clear himself. Of what I know and what I’ve heard, but being afraid to put anybody that might have pertinent information is wrong — no matter if you’re a Democrat or Republican, and not go home and say well, I protected one. No. If it’s relevant, then it should be there.”

However, Manchin later told the Washington Post that he would not support calling Joe Biden as a witness, saying that was a “bridge too far.”

“House Democrats on Wednesday plan to unveil a five-year, $760 billion framework for rebuilding the nation’s highways, airports and other infrastructure, laying out an election-year package with little chance of enactment after bipartisan talks with the White House on the issue failed to gain traction,” the New York Times reports.

“Democrats are bracing for the possibility that if President Donald Trump loses the 2020 election, he and his aides will bungle a smooth handover of power – and maybe even try to outright sabotage the transition,” Politicoreports.

“At least one outside group that works with the 2020 Democratic campaigns has quietly launched a transition-related effort designed to offer an early look at the landscape that awaits them if they oust Trump.”

“The Pentagon on Tuesday raised to 50 the number of U.S. service members who suffered traumatic brain injuries in Iran’s missile strike earlier this month on an Iraqi air base, the third time the number of injuries has been increased,” the AP reports.