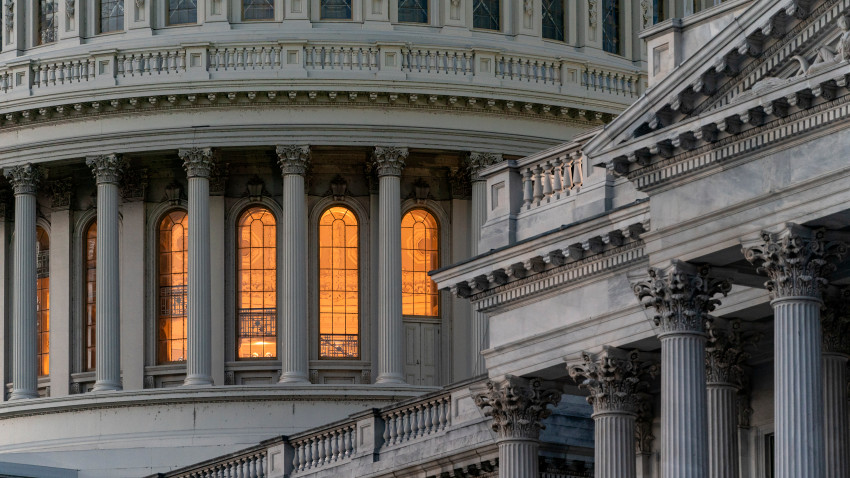 E.J. Dionne: “The fear was that Trump would inevitably tout acquittal in the Senate as vindication. He’d say that impeachment was, to use a word invoked over and over by his hapless lawyer Pat Cipollone on the Senate floor (because he had little of substance to say), ‘ridiculous.’”

“But #MidnightMitch, as the Senate leader was labeled by his Twitter critics, rode to the rescue. By working with Trump to rig the trial by admitting as little evidence as possible, McConnell robbed the proceeding of any legitimacy as a fair adjudication of Trump’s behavior.”

“Instead of being able to claim that Trump was ‘cleared’ by a searching and serious process, Republican senators will now be on the defensive for their complicity in the Trump coverup.”

President Trump told CNBC that he is looking to cut entitlements like Medicare “at the end of this year.”

He called it “the easiest of all things.”

Giuliani declined to the confirm meeting with U.S. prosecutors on Betancourt’s behalf: “Lev Parnas has no right to be talking about that meeting. It was a confidential meeting — if it did happen.”

“The Trump administration is unveiling new visa restrictions aimed at restricting ‘birth tourism,’ in which women travel to the U.S. to give birth so their children can have a coveted U.S. passport,” the AP reports.

“The State Department plans to publicize the rules Thursday… The rules would make it more difficult for pregnant women to travel on a tourist visa. In one draft of the regulations, they would have to clear an additional hurdle before obtaining the visa — convincing a consular officer they have another legitimate reason to come to the U.S.”

“It is unclear if the note from Collins led directly to Roberts’ comments, or had specific language for him, but the note came shortly before the chief justice spoke. The note was sent as House Judiciary Chairman Jerry Nadler, a Democrat from New York, spoke and appeared to accuse senators of a ‘cover-up.’”

“Senate Republicans are fuming after Rep. Jerry Nadler accused them on the Senate floor of engaging in a ‘cover up’ to protect the president, seizing on his remarks Wednesday as a significant misstep that they say undercuts Democrats’ impeachment case,” Politico reports.

Said Sen. Ron Johnson (R-WI): “If the Democrats are smart, they won’t put Jerry Nadler on the field again. He was so out of line. It’s offensive accusing us of a cover-up.”

If you don’t want to be accused of a thing, don’t do that thing. Vote for witnesses and document production.

“In the hours before House impeachment managers presented their initial arguments for the removal of President Trump, senators of both parties delivered a warning: Attack us, the jurors, at your peril,” the Washington Post reports.

“The warnings — delivered gently by Democrats and sharply by Republicans — came after a testy marathon debate over the rules for the impeachment trial that continued until nearly 2 a.m. — culminating in an admonishment from Chief Justice John G. Roberts Jr., who is presiding over the trial.”

Sen. Rand Paul (R-KY) claimed to the Washington Post that 45 Republicans are ready to dismiss the charges against the president and he would keep pushing to rally a majority of GOP senators to end the impeachment trial.

Said Paul: “There are 45, with about five to eight wanting to hear a little more. I still would like to dismiss it, but there aren’t the votes to do it just yet.”

Said Trump: “The problem with John is that it’s a national security problem… He knows some of my thoughts. He knows what I think about leaders. What happens if he reveals what I think about a certain leader and it’s not very positive and I have to deal on behalf of the country?”

But Trump also noted Bolton did not leave the White House on the best of terms: “You don’t like people testifying when they didn’t leave on good terms.”

Said Schiff: “This isn’t like fantasy football, here. We are not making trades or we shouldn’t be: We’ll trade you one completely irrelevant, immaterial witness that allows us to smear the President’s opponent in exchange for ones that are really relevant, that you should hear. Is that really a fair trial?”

“The Amazon billionaire Jeff Bezos had his mobile phone ‘hacked’ in 2018 after receiving a WhatsApp message that had apparently been sent from the personal account of the crown prince of Saudi Arabia,” the Guardianreports.

“The encrypted message from the number used by Mohammed bin Salman is believed to have included a malicious file that infiltrated the phone of the world’s richest man… Large amounts of data were exfiltrated from Bezos’s phone within hours.”

President Trump told CNBC that he trusts the information coming out of China on the coronavirus as the Centers for Disease Control and Prevention confirms the first case of it in the United States.

President Trump told CNBC that the U.S. economy’s GDP growth would have been closer to 4% if it weren’t for the lingering effect of Federal Reserve rate hikes.