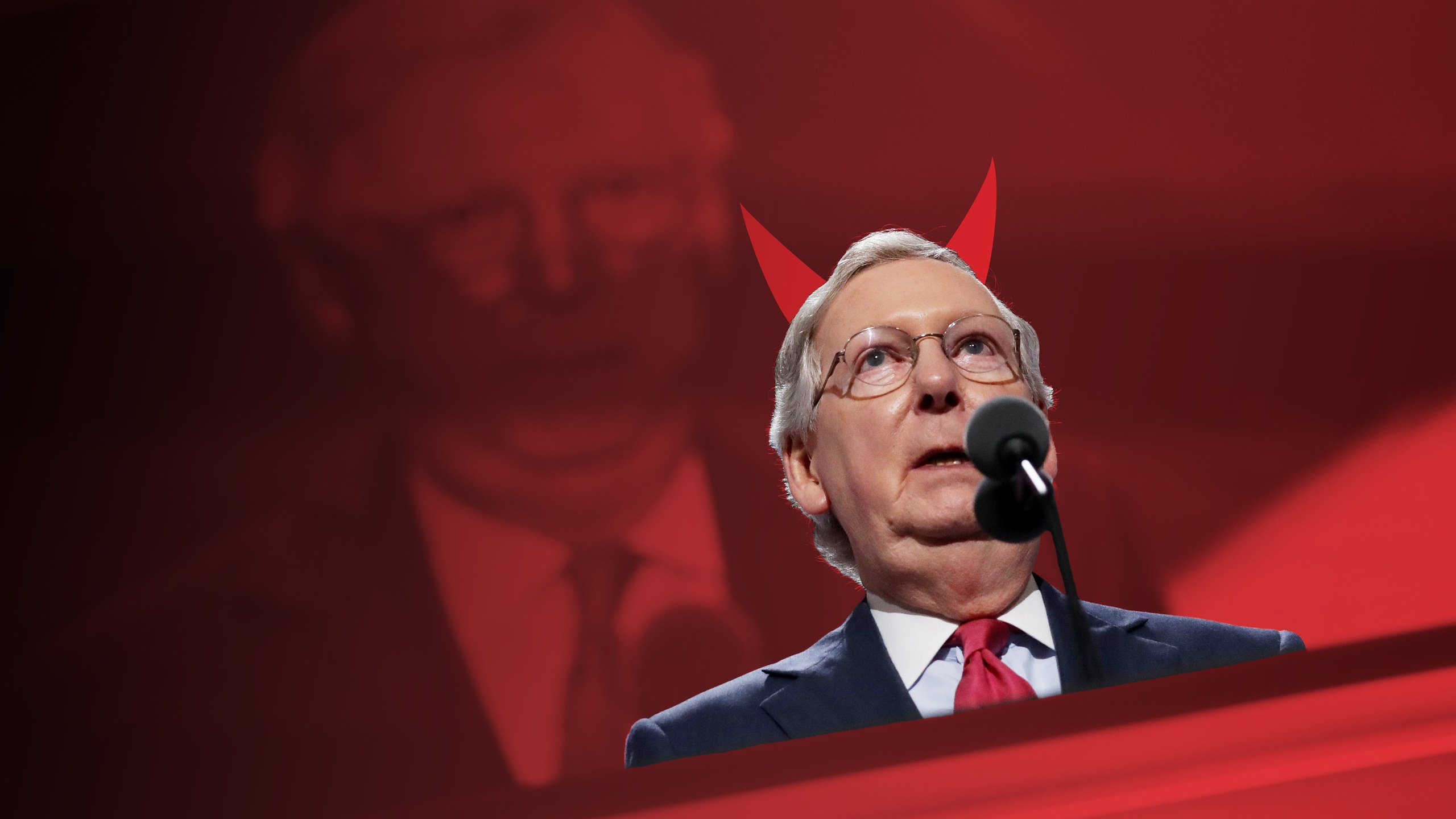 “The impeachment organizing resolution from Senate Majority Leader Mitch McConnell gives House impeachment managers and President Trump’s legal team 24 hours each to make their opening arguments over two days,” CNN reports. “The resolution raises the prospect that the trial will have 12-hour days and go late into the night.”

Politico: “That will be followed by 16 total hours of questions and answers, culminating in a four-hour debate and a critical vote over whether to consider witnesses or new information.” “There is no explicit reference to a motion to dismiss the trial in the resolution.”

A new CNN poll finds 51% of Americans say the Senate should vote to convict President Trump and remove him from office, while 45% disagree.

Also interesting: 69% say that upcoming trial should feature testimony from new witnesses who did not testify in the House impeachment inquiry.

“President Trump’s legal team will call on the Senate on Monday to ‘swiftly reject’ the impeachment charges and acquit him, maintaining that he committed no impeachable offense and has been the victim of an illegitimate partisan effort to take him down,” the New York Timesreports.

“In a lengthy brief to be submitted to the Senate the day before his trial begins in earnest, the president’s lawyers plan to make the most sustained argument the White House has advanced since the House opened its impeachment inquiry last fall, contending that the two articles of impeachment approved largely along party lines were constitutionally flawed and set a dangerous precedent.”

George Conway: “President Trump has filed his answer to the articles of impeachment against him. In legal parlance, an ‘answer’ is a document filed at the beginning of a proceeding, typically a civil case, in which the defending side gives its response to factual allegations and lists the basic grounds for its defense.”

“Trump’s answer did neither, not in any serious way. His arguments are wrong on the facts and wrong on the law, but that’s not the worst part. At its core, his submission represents an attack on the impeachment process — and on the Constitution itself.”

“The answer doesn’t bother to present any coherent factual response to the impeachment charges.”

“People close to the president say their most compelling argument to persuade nervous Republican senators to vote against calling new witnesses is the claim that they’re protecting national security.”

“They’re banking on it to speed up the trial.”

Washington Post: “Three years after taking the oath of office, President Trump has made more than 16,200 false or misleading claims — a milestone that would have been unthinkable when we first created the Fact Checker’s database that analyzes, categorizes and tracks every suspect statement he has uttered.”

“Gov. Ralph Northam declared a temporary state of emergency days ahead of the rally, banning all weapons including guns from the event on Capitol Square. The expected arrival of thousands of gun-rights activists — along with members of militia groups and white supremacists — raised fears the state could again see the type of violence that exploded in Charlottesville in 2017.”

The Richmond Times-Dispatch has a live blog on the event.

New York Times: “Mr. Gardner’s invisibility — he hasn’t held a town hall-style meeting in two years — is also pragmatic, a means of avoiding questions about his ties to the divisive president, especially as the Senate impeachment trial nears. If Mr. Gardner ends up vocally supporting the president, or votes to acquit him in the trial, it will complicate and perhaps even endanger his race to hold onto his seat.”

NBC News: “A day before the opening of President Donald Trump’s Senate impeachment trial, former Vice President Joe Biden’s campaign is issuing a pre-emptive strike, sending an unusual open memo to the media warning against disinformation pushed by the president and his defenders.”

The memo is also a shot across the bow of Republican senators as they consider whether to entertain Trump’s demands to call Hunter Biden, Joe Biden’s son, as a witness in the trial.”

Vanity Fair runs a brief excerpt from A Very Stable Genius in which President Trump was supposed to read a section of the U.S. Constitution for a documentary. It did not go well.

“Trump presented a stark contrast to many other readers, including the Supreme Court associate justice Stephen Breyer, who read as if he knew the full text by heart, and Senator Ted Cruz, who ‘knew it from beginning to end’ as a result of performing dramatic readings of the Constitution as a high school student.”

“Whatever the reason for Trump’s discomfort with the reading, several watching agreed on this much: He behaved like a brooding child, short-tempered, brittle, and quick to blame mystery distractions for the mistakes.”

“Senate Majority Leader Mitch McConnell reportedly is close to finalizing a rule that would allow President Trump’s team to move to dismiss the articles of impeachment in the Senate quickly after some evidence has been presented, as a sort of safety valve in case Democrats try to drag out the trial for weeks,” Fox News reports.

Sen. Josh Hawley to Axios: “I am familiar with the resolution as it stood a day or two ago. My understanding is that the resolution will give the president’s team the option to either move to judgment or to move to dismiss at a meaningful time.”

“The plastic shopping bag has long been hunted by state and local policymakers pushing for its extinction. But still it thrives, thanks to the deep-pocketed chemical industry that birthed it and the political influence of retailers and restaurants,” Politico reports.

“Only eight states ban single-use plastic bags. Nearly twice as many have laws protecting them.”

“Pushing nominees through the Senate confirmation process takes twice as long under President Trump as it did during President Ronald Reagan’s time in office — a record that appears to have limited Trump’s influence during his three years as president,” Politico reports.

“On average, it takes 115 days to confirm a presidential appointee for Trump, compared with 56.4 days under Reagan, according to new data from the nonpartisan Partnership for Public Service. In 2019, the process took even longer: an average of 136 days for the Senate to confirm appointees, particularly for sub-Cabinet positions.”

CBS News: “Documents apparently generated by Cambridge Analytica suggest that the political consulting firm had a contractual relationship with Kenneth Braithwaite in the year before he was nominated to be U.S. Ambassador to Norway in 2017.”

“Braithwaite, who President Trump has said will be his nominee for Secretary of the Navy, made no mention of an agreement in his required government disclosure form, and says he never entered one.”