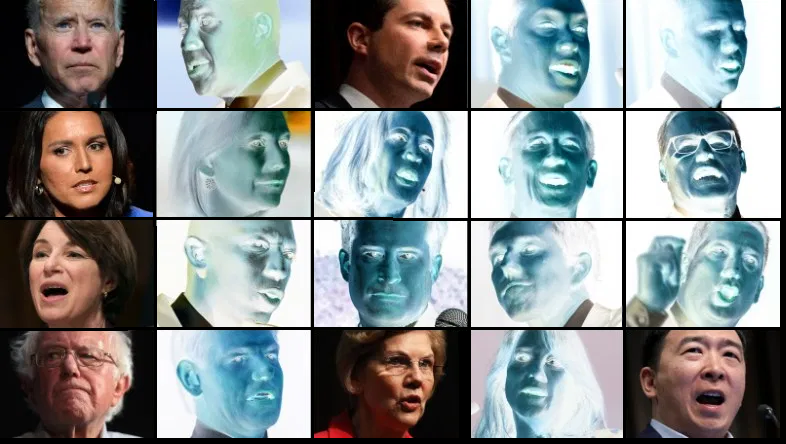 Politico: “Democratic Party officials and operatives working with several of Biden’s opponents now say they no longer believe Biden’s support is as fragile as they once believed it was. Instead, they now see a durable floor of support for him at least in the first caucus state.”

“His opponents are preparing for defections to Biden on caucus night from supporters of more moderate candidates who have dropped out already, or who fail to meet the 15 percent threshold necessary to win delegates. Rival campaigns are urgently working to persuade caucus-goers and potential endorsers in Iowa to shift their support elsewhere.”

In a span of 24 hours, Democratic presidential candidate Michael Bloomberg has picked up an additional pair of endorsements from the House: Rep. Stephanie Murphy (D-FL) and Rep. Harley Rouda (D-CA), The Hill reports.

“Michael Bloomberg won’t have to publicly disclose his finances until late March, well after voters in more than a dozen states take to the polls on Super Tuesday,” the HuffPost reports.

“Presidential candidates are required to reveal their investments, businesses and streams of income. Bloomberg is the only Democrat seeking the White House who has yet to file paperwork to publicly disclose his.”

“And under an extension granted to him Friday by the Federal Election Commission — the second such one Bloomberg has received — he can postpone their release until March 20.”

The DNC announced the qualifying rules for the next Democratic debateon February 7, ABC News reports.

“The slightly modified criteria for the debate, which is sandwiched evenly between the Iowa caucuses on Feb. 3 and the New Hampshire primary on Feb. 11, includes the previous criteria of qualifying through the polling and grassroots thresholds but it also includes a new, second pathway to qualify. Any candidate who is awarded at least one pledged delegate to the Democratic National Convention based on the results of the Iowa caucuses, as reported and calculated by the Iowa Democratic Party, will be able to participate.”

“The presidential campaign of Sen. Bernie Sanders has researched the question of whether the same person can serve as both vice president and treasury secretary,” The Intercept reports.

“The person the Sanders campaign had in mind with the inquiry was Sen. Elizabeth Warren, his rival for the nomination and the bane of Wall Street over the last decade.”

“The answer the lawyers came back with was yes: There is nothing in the Constitution that bars the vice president from also serving as treasury secretary.”

“Trump’s outburst sent White House staff scrambling to convene a meeting on drug pricing this morning with potentially more to come. Some predicted Trump could look to push harder on stalled drug pricing proposals, including one opposed by many in his party.”

President Trump initially tried to call Kansas Republican Kris Kobach while he was meeting in the Oval Office with Kobach’s rival for the GOP Senate nomination, Roger Marshall, the Kansas City Star reports.

“Two sources familiar with Marshall’s Monday meeting with president say that Trump tried to call Kobach to urge him to drop out of the race while the congressman and the president’s political team were present, but the call went to voicemail.”

These progressive activists need to grow the fuck up. This is a democracy, and if your candidate doesn’t win, then you have to suck it up and work for the greater good. If you act like a crybaby, then you are with Trump and are Trump and you have ensured his reelection.

New York Times: “Wall Street’s disdain for the bottom-up populist campaigns of Senators Elizabeth Warren of Massachusetts and Bernie Sanders of Vermont has gotten a lot of attention…”

“Wariness extends far beyond an elite financial fellowship, though, to many small and medium-size businesses whose executives are not reflexively Republican but worry that the ascendancy of a left-wing Democrat would create an anti-business climate.”

Lara Trump, who’s married to President Trump’s son Eric, mocked Joe Biden’s stutter: “I feel kind of sad for Joe Biden. I’m supposed to want him to fail at every turn, but every time he comes on stage or they turn to him, I’m like ‘Joe can you get it out? Let’s get the words out Joe.’”

She added: “The problem is that’s their front runner.”

The Week: “Trump probably should’ve heard by now that Biden worked to overcome the ‘debilitating stutter’ he had as a child — a lesson former Press Secretary Sarah Huckabee Sanders learned when she mocked him for the same thing less than a month ago.”

Politico: “This week, the Susan B. Anthony List and its affiliated super PAC, Women Speak Out, will launch a $52 million effort to support Trump’s reelection and protect Republicans’ slim majority in the Senate. It’s the largest election-year spend so far for the GOP women’s group, which dropped $18 million on voter contact and advertising in 2016 and $32 million in the 2018 midterm cycle.”

“And it comes after Planned Parenthood, a leading foe of the Trump administration, committed on Thursday to spending $45 million on its 2020 effort.”

Sen. Martha McSally’s (R-AZ) is raising money by selling a t-shirt based on her attack on a CNN journalist.

First Read: “Why so quickly try to raise money from the interaction – so quickly, in fact, that it seemed planned? Maybe because McSally – who was appointed to the Senate after John McCain passed away – is being seriously outraised by likely Dem opponent Mark Kelly.”

Tim Miller: “It’s a small thing, but this fleeting moment reveals something interesting about the GOP’s posture as the Senate trial begins.”

Joe Biden told the New York Times that he sees Facebook founder Mark Zuckerberg as a “real problem” and said it’s possible that his role in “propagating falsehoods” against Biden and other public figures may have broken the law.

Politico: “Some Trump confidants privately admit that the president is hyping a modest deal as he faces intense pressure de-escalate with China ahead of a campaign in which Trump will face Democratic criticism that the China tariffs have harmed blue-collar Americans.”

“These allies also fear the tariffs could put a dent in the economy — which they see as Trump’s strongest selling point — though they note several important economic indicators, like the stock market, have stayed relatively strong despite the trade war.”