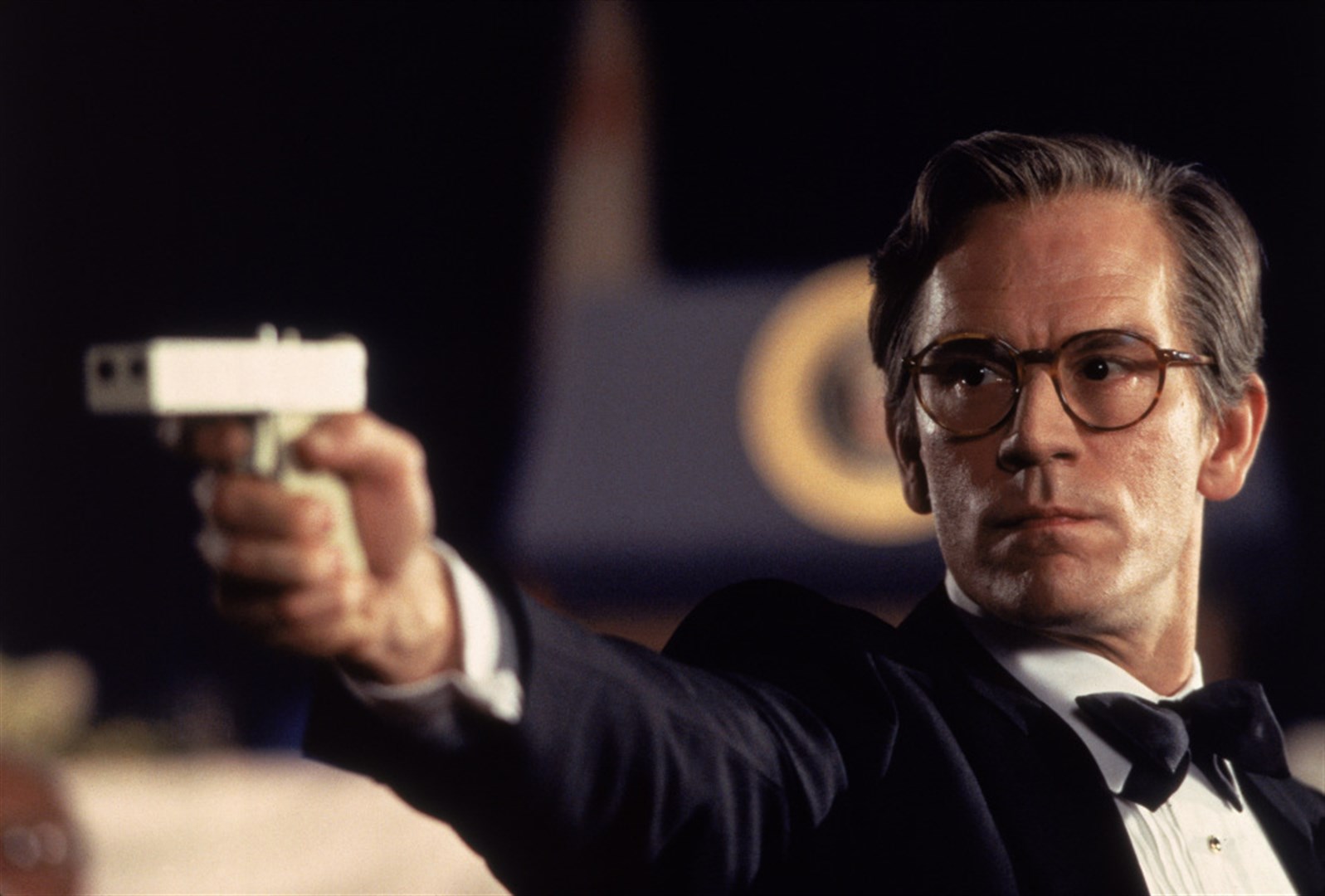 Do you remember that 1990’s Clint Eastwood movie “In the Line of Fire” where Eastwood was a Secret Service agent chasing down a would be presidential assassin played by John Malkovich? Well, one of the plot points in that movie was Malkovich’s character assembling a homemade gun in a hotel ballroom with components that made it threw the metal detector since the gun components were not made of metal and were unrecognizable as gun components disassembled. Malkovich and his ghost gun are pictured above.

These homemade guns do not have serial numbers or other identifying markings that make the guns traceable by law enforcement. They could be manufactured by 3-D printers and can be and often are made entirely of non-metal substances, so that they are not detected, like in the movie, by metal detectors.

House Bill 277, introduced this week by House Majority Leader Valerie Longhurst (D), would outlaw firearms that have no serial number, are “constructed in a shape or configuration such that it does not resemble a firearm,” are made “entirely of non-metal substances” or are otherwise undetectable by metal detectors.

Under the bill, it would be illegal to:

Possessing an unfinished firearm would be a Class D felony, which carries with it a maximum sentence of eight years in prison. Making a covert or untraceable gun would also be a Class D offense, while simply having such a weapon would fall under a Class E felony. The highest allowable sentence for a Class E crime is five years in jail.

According to Giffords Law Center to Prevent Gun Violence, four states (California, Connecticut, New Jersey and Washington) have enacted laws to address the problem of undetectable and untraceable guns. New York has enacted a law to address undetectable firearms.

Longhurst: “Delaware has been at the forefront of gun control legislation, whether it’s closing the gun show and Charleston loopholes, passing red flag laws, or expanding background checks. Sadly, individuals are constantly looking for loopholes to bypass these laws. The sale and manufacture of these so-called ghost guns is a terrifying way to bypass law enforcement, especially for people who are prohibited from possessing a firearm.

“By taking this comprehensive approach with HB 277, we hope to close the door on these undetectable, untraceable firearms and improve public safety for all Delaware residents.”

Governor John Carney (D): “We’ve passed important gun safety legislation over the past several years to help keep our communities safe, but we have more work to do. This important ghost gun legislation is thoughtful and reasonable and is intended to keep our communities safe – the minimum standard our constituents expect us to meet. Thank you to House Majority Leader Longhurst for your leadership on this issue. I look forward to working with lawmakers in both parties to make our state safer.”

According to the Delaware State News, of course, Republican State Representative Jeff Spiegelman has some problems with the bill, and he presents a unique take on laws: “If you’re a law-abiding citizen, and this is the law, that you’re not allowed to make one of these things, you’re not going to make one of these things,” he said. “If you are not a law-abiding citizen, then this law is not going to stop you from making a firearm down in your basement.

“If you’re willing to cause mass harm, you’re willing to print one of these things, and so tackling that issue is right back of course to the fundamental point of the debate around gun control, which is: Are criminals going to follow the laws that you create?”

So, if you pursue this idiotic thought to its logical conclusion: If criminals are not going to follow the law, then why have laws at all?” Spiegelman is one of those young quasi-libertarians, and that is what libertarians think. Repeal all the laws, because some people don’t follow them. Well, with Spiegelman, it is nice to see idiots getting their representation in the General Assembly.