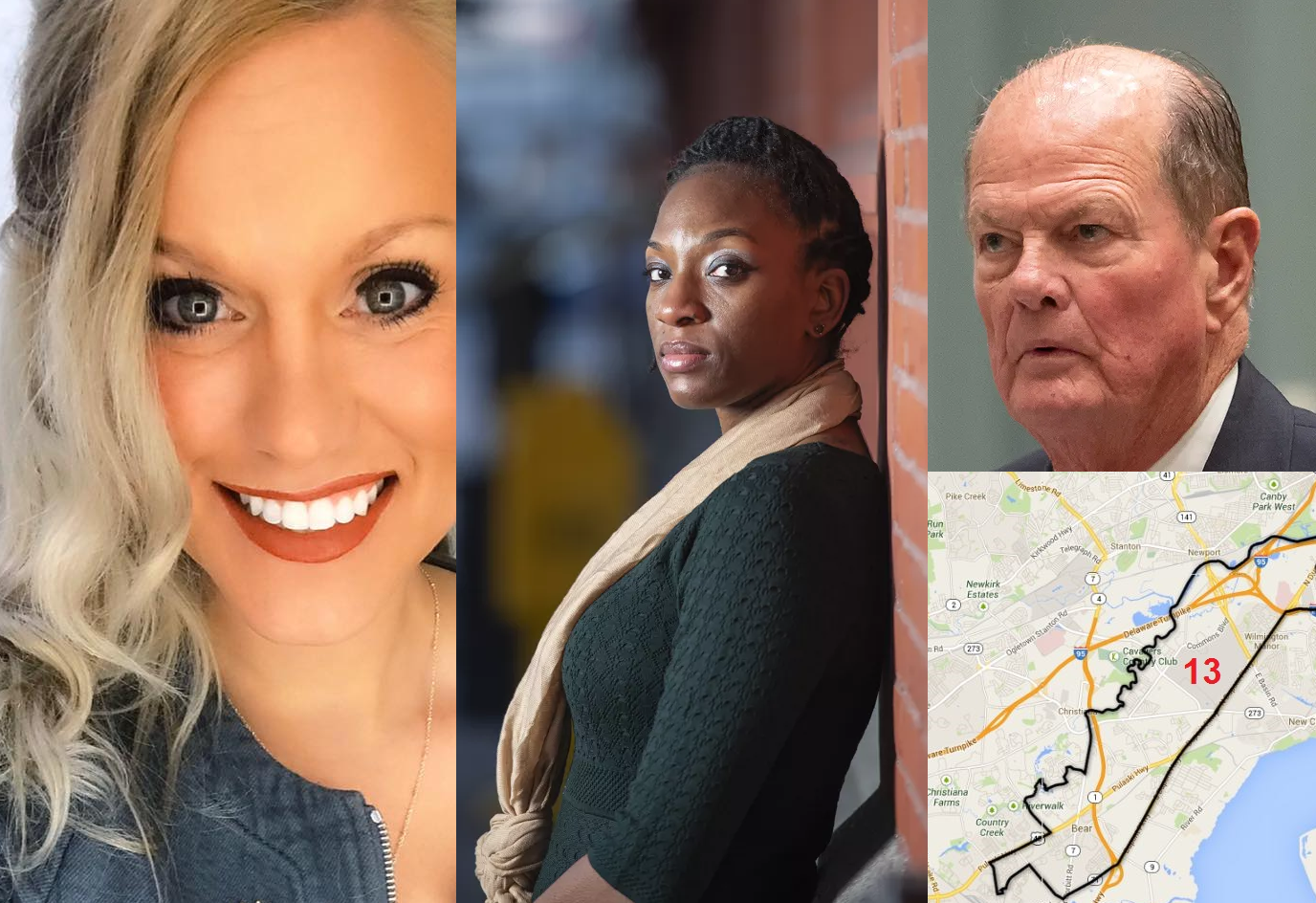 I still can’t tell if crazy handmade sign candidate Scott Walker is running against Chris Coons or John Carney as a Republican or a Democrat, so Lauren Witzke may be the first or second Republican to challenge incumbent Democratic Senator Chris Coons. Ms. Witzke describes her professional experience this way:

“She is an experienced political activist, promoting pro-life movements at CPAC, and a public speaker pushing for more restrictive immigration policies. She is a young, passionate conservative who spent several years working in the pharmaceutical industry. Lauren unwittingly participated in the pharmaceutical industries agenda which led to the nationwide opioid addiction crisis. Ironically, she found herself hopelessly addicted as well, and even worked for drug cartel families and illicit organized crime gangs from Detroit. “

Whoa. I applaud anyone’s recovery story over addiction, but she also appears to be admitting to some very serious crimes here. What the hell is she talking about? Was she a dealer in Detroit? Was she a courier? Did she launder money for these crime families and drug cartels?

Anyway, she has a snowball’s chance in Hell of winning any state wide office in Delaware.

Let’s move to the most important campaign announcement in the past few days: that of a primary challenge to State Senator Dave McBride in the the 13th Senate District. Here is a map of the 13th:

Who is the challenger? Her name is Marie Pinkney, a social worker and nurse, and she eloquently explains her reasons in a Medium post, which I will quote liberally from below:

The 13th State Senate District, which runs from just south of Wilmington down to Bear, has been largely ignored for decades. Once a series of thriving communities, the quality of life in the 13th District has deteriorated drastically over the last 41 years. Since 1978, the demographics of the Districts’ constituency and its specific needs of the district have changed. Yet, our representation has not reflected these changes. Lack of access to healthcare resources, rapidly-declining school systems, rising gun violence, and numerous environmental injustices have plagued the District’s residents for far too long.

As a social worker working within the field of healthcare, I have witnessed families struggle to find the resources and support that adequately addresses their medical needs. Many of our families need to place a loved one in a long-term care facility but cannot find appropriate affordable care. There are families whose median household income is just above the qualifying threshold for state Medicaid, but still, they cannot afford long term care without assistance. As a result, these families are unable to receive preventive or follow-up care, lifesaving medications, and must rely on emergency services to meet their basic medical needs.

This District’s youths have fared no better. The 13th District’s schools consistently under perform, and trade and college preparatory classes are all but non-existent. Recreational facilities are sparse. Driving around while listening to music or just “hanging out” on the steps are pretty much their only option. This idleness only contributes to the other issue our children face: crime. Crime, specifically gun violence, is high and growing among the District’s youth. Our children deserve better than this.

And as if this weren’t enough, a disproportionate number of environmental hardships have also been imposed on the communities of the 13th District. This District has long been a destination for hazardous industries and pollutants that degrade air and water quality, putting our most vulnerable residents at risk.

What solutions or senate bills has our representative produced in response to the many issues negatively impacting our quality of life? We are left fending for ourselves. This district deserves legislative representation that will engage with the community and work to address our concerns. We deserve elected officials who will ensure that our families, our homes, and our communities are thriving. We deserve a senator who is a member of the community in which we reside, work, and send our children to school so that we know that they are as equally invested in the area as we are. We, in the 13th District, deserve more from our leadership. For these reasons, I am running to become the next senator for the 13th District.

Check out her website. I am very impressed with her background and experience. And I agree with El Som at Delaware Liberal, given the district’s current demographics and the fact that Senator McBride no longer really lives in the district and hasn’t for more than a decade, the question is not whether Pinkney can win, but can McBride?

The 13th is now a minority majority district, with there being a total population of 42,232 people in the district, with 21,589 being white, 14,879 being black, 1,920 Asian and 5,041 being Latino or “Other.” That’s a 21,840 total minority population, more than the white population. Does a 77 year old white guy who has been in office for four decades and who doesn’t actually live in the district more accurately and ablely represent the district than an African American woman who is a social worker, helping the ill and less fortunate in the district?

The senior Senate President Pro Tempore should really consider his retirement now rather than face a pretty good chance of defeat in the primary election.