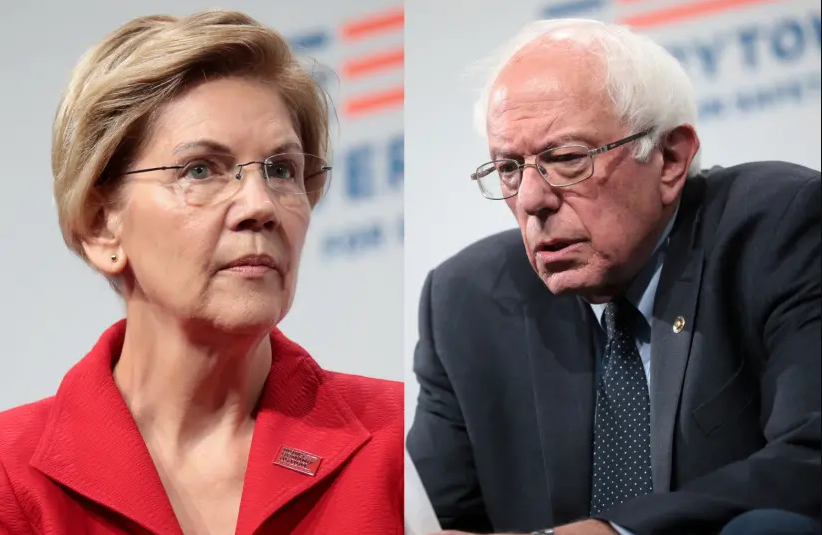 “Sen. Bernie Sanders’s presidential campaign has suddenly gone on the attack as he seeks to secure an opening victory in the early February caucuses, engaging in a rare dispute with Sen. Elizabeth Warren, tussling with former vice president Joe Biden and drawing an insult from President Trump,” the Washington Post reports.

“Although Sanders mostly had resisted comparing himself with other candidates, over the weekend, his surrogates and aides intensified their attacks on Biden, targeting his past positions on racial issues and his vote to sanction the Iraq War.”

“The stakes were high when Bernie Sanders and Elizabeth Warren met at Warren’s apartment in Washington, DC, one evening in December 2018. The longtime friends knew that they could soon be running against each other for president,” CNN reports.

“The two agreed that if they ultimately faced each other as presidential candidates, they should remain civil and avoid attacking one another, so as not to hurt the progressive movement. They also discussed how to best take on President Trump, and Warren laid out two main reasons she believed she would be a strong candidate: She could make a robust argument about the economy and earn broad support from female voters.”

“Sanders responded that he did not believe a woman could win.”

Sen. Cory Booker announced that he is suspending his presidential campaign, the Washington Post reports.

“Booker, who recently announced he had surpassed his fourth-quarter fundraising goal, said his operation would not have the money ‘to scale up and continue building a campaign that can win,’ particularly with a Senate impeachment trial looming and because he would be absent from Tuesday’s debate.”

New York Times: “Though his departure from the race is unlikely to have much of an impact on other candidates’ polling, the Booker campaign was a leader in endorsements in Iowa and New Hampshire and had a particularly notable staff of Iowa organizers, setting up a likely scramble by the remaining candidates to secure both endorsements and staffers in the early nominating states.”

Olivia Nuzzi: “Some candidates just don’t take off, even the ones who make sense in paper, but I think a big part of Booker’s problem, why he never had ‘a moment,’ was that he’d had so many moments before. He’d been on magazine covers and the subject of glowing profiles since the mid-2000s. The political media was overly familiar with Booker and voters weren’t familiar enough.”

“He couldn’t be the shiny, new thing like Pete Buttigieg, and so he was left struggling to figure out how to introduce himself to people around the country without the help of a media who regarded him as though they (we) had been there and done that already.”

Washington Post: “The thing that makes Bloomberg different is he can knock on all doors at once. Bloomberg is running aggressively to win the Democratic nomination but he is simultaneously building out a general election machine to defeat President Trump, with a new structure — data, field organizing, advertising and policy — that aims to elect Democrats up and down the ballot even if the party’s voters reject the former New York mayor this spring…”

“Bloomberg’s data operation, cryptically called Hawkfish, aims to incorporate expensive demographic and targeting data, parts of which can later be fed back into the party’s databases or repurposed for the broader fight against Trump and Republicans. The fact that he is a candidate gives him greater access to party data than he would otherwise have, and as a candidate he also benefits from lower television ad rates in swing states before their primary contests than he would if he simply advertised against Trump as a regular citizen.”

Washington Post: “Since Pompeo bowed out of the race, the leading Democratic contender, state Sen. Barbara Bollier, has announced that she raised more than $1 million in her first quarter in the contest, unprecedented for a Democratic Senate hopeful in Kansas.”

“Although Kansans have a history of electing moderate and Democratic governors … the Senate seat will be far more difficult, analysts say… Bollier left the Republican Party just over a year ago, shortly before she announced her Senate bid as a Democrat.”

New York Times: “As tensions with Iran remain high, Mr. Trump risks becoming the wartime president he claimed he never wanted to be. And he has struggled to reconcile the inconsistencies in his foreign policy, leaving some voters wondering what he really is as a commander in chief: the president who crushed the Islamic State and will stop ‘endless wars,’ as he claims, or a volatile decision maker who in the span of three months orders troops to pull out of Syria and then deploys thousands more to prepare for a possible conflict with Iran after taking out one of its top generals in a drone strike.”

“His provocations with Iran have further divided a country in which many voters say they are already exhausted by three years of constant political combat.”

Rep. Alexandria Ocasio-Cortez’s (d-NY) “sizable cash haul — $1.97 million in the fourth quarter of 2019 and over $5.3 million for the entire year — is one of the largest revealed so far among members of Congress,” Politico reports.

“She is expected to report entering 2020 with $3 million cash on hand, even though she is running for reelection in an overwhelmingly blue district.”

“Prominent House Democrats who have picked sides in the 2020 presidential primary plan to soon announce they will back the eventual Democratic nominee after what’s becoming an increasingly fractious race to challenge President Trump,” the Washington Post reports.

“Rep. Brendan Boyle (D-PA), a backer of Vice President Biden, is leading the effort to unify House Democrats, and has so far been in touch with two of his colleagues — Reps. Ro Khanna (D-CA) and Katie Porter (D-CA). Khanna has once again thrown his support behind Sen. Bernie Sanders (I-VT), who has very few supporters in the House, and Porter is backing Sen. Elizabeth Warren (D-MA).”

Sen. Bernie Sanders told the New York Times that he would consider releasing a list of potential Supreme Court appointees he would name if elected president, and noted that his wife, Jane, also believes he should offer a roster of jurists in the way President Trump did during his 2016 campaign.