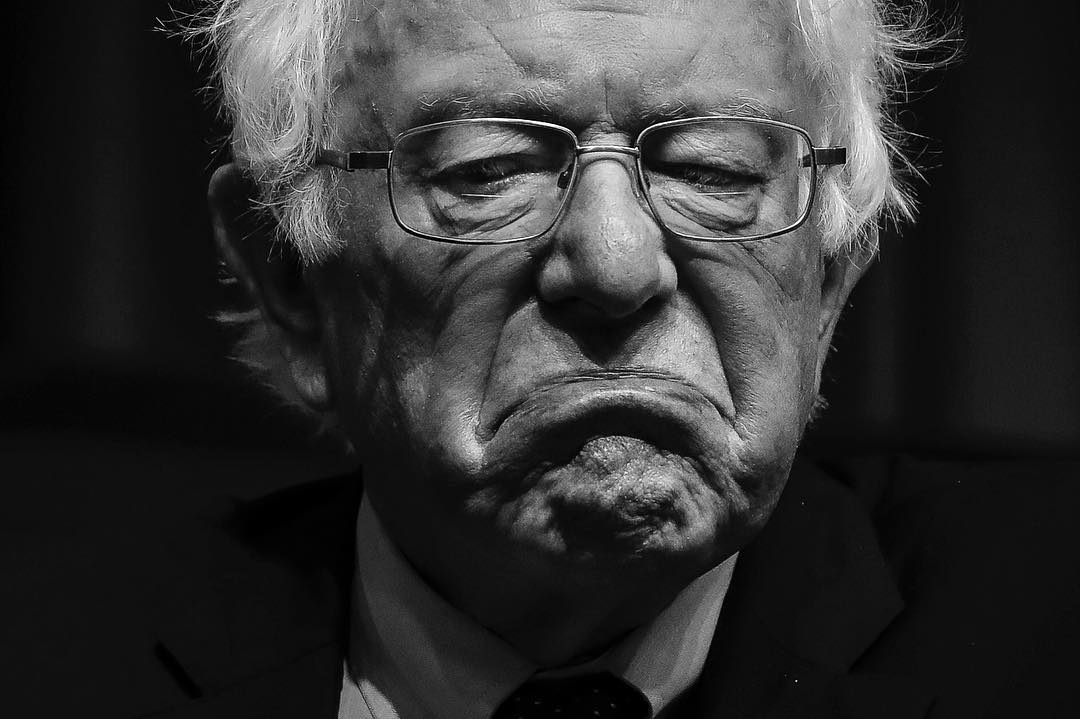 “Both in tactics and rhetoric, there are growing signs he takes his rival very seriously — and that he increasingly views Sanders as his most formidable opponent in Iowa and beyond. The Biden campaign has specifically courted the endorsement of community leaders in Iowa who backed Sanders in 2016.”

Less than a third of registered voters are able to correctly point to Iran on an unlabeled world map, according to a Morning Consult survey.

Among the five Democratic candidates near the top of the primary field, Biden has the widest lead against Trump at 7 percentage points, 50% to 43%.

Politico: “Facebook is standing by its policies that allow politicians to lie to voters, while targeting their ads at narrow subsets of the public — decisions with vast implications for the more than $1 billion in online campaign messaging expected in this year’s elections.”

“Joe Biden is accentuating his decades-long push for gun control in a new series of digital ads aimed at motivating voters to support him in next month’s Iowa caucuses,” BuzzFeed News reports.

Public Policy Polling: “Trump is stuck at 46-47% in Arizona (and has a 46/52 approval rating) and is stuck at 48-49% in Iowa (and has a 48/48 approval rating). He appears to have very little room to grow among undecideds. These numbers suggest that the fate of the 2020 election really stands in the hands of the voters who don’t like Trump. Trump does not have enough people who like him to get reelected: the only way he does is if the voters who don’t like him refuse to get on the same page after the Democratic primary is over.”

“Right now we see a lot of people saying they will vote for Biden but not Bernie or will vote for Bernie but not Biden. If those people get on the same page once the nominee is chosen, Trump will lose. If they don’t, it will be close.”

Gallup: “In 2019, on average, 47% of U.S. adults identified politically as Democrats or said they were independents who leaned toward the Democratic Party. Meanwhile, 42% identified as Republicans or were Republican-leaning independents.”

“Americans’ political leanings have been quite stable since 2016, the year Donald Trump was elected president. The Democratic figure has not changed in the past four years, and the Republican figure has been 41% or 42% each year since 2012.”

Right Wisconsin: “Today, almost all of the voices in the Wisconsin GOP that ever dared to criticize the president are gone.”

Richard North Patterson: “Polling suggests that the progressives, widely assumed to be ascendant, still represent a minority of the primary electorate.Moreover, as a matter of demographics Elizabeth Warren and Bernie Sanders appeal to somewhat differing constituencies. Warren’s following includes economically and educationally upscale Democrats—potentially more susceptible to poaching by their sociological peer, Pete Buttigieg. Sanders appeals more to young people and the less educated, but perhaps more committed, blue-collar voters. To challenge Biden, one of the two progressives must first consolidate these groups, thereby eviscerating the other…”

“Sharpening fights over issues such as healthcare and reliance on big donors could further polarize the early primary electorate. Healthcare may dent Warren and Sanders, while controversy over funding sources may damage Biden and Buttigieg. But other strategic calculations transcend ideological differences, potentially wounding all but Biden in unpredictable ways.”

“A trove of documents recently released by the daughter of a deceased GOP strategist includes some clues about what Republicans were thinking almost a decade ago when they redrew Pennsylvania’s congressional maps in a way that was later ruled unconstitutional,” the Philadelphia Inquirer reports.

“The documents, compiled at least partly amid the decennial redistricting that took place in 2011, include a warning that the party ‘got greedy’ in an attempt to create districts favorable to GOP candidates 10 years earlier.”

“Senate Majority Leader Mitch McConnell appears to be moving swiftly to help bolster GOP chances of keeping an open Senate seat in Kansas in November, after Secretary of State Mike Pompeo said this week that he won’t be running,” Bloomberg reports.

“McConnell spoke in his Capitol Hill office Tuesday with Rep. Roger Marshall, a Kansas Republican who entered the Senate race in September.”

“The Kansas seat could be at risk if former Kansas Secretary of State and 2018 GOP gubernatorial nominee Kris Kobach prevails in the Republican Senate primary in August, and McConnell’s camp isn’t hiding that the majority leader wants another candidate.”

Inside Elections moves the race from Solid Republican to Lean Republican.

“Elizabeth Warren had just finished hiking in Washington’s North Cascades mountains in August when she dropped in for lunch with the state’s Democratic governor, Jay Inslee, who had recently left the presidential race and whose endorsement she was seeking,” the Washington Post reports.

“After Sen. Kirsten Gillibrand of New York dropped out in late August, Warren talked to her about family leave issues over tea. When Sen. Kamala D. Harris of California ended her White House bid in December, Warren was one of the first to call. And Warren became so close with Julián Castro that they chatted over the holidays about a possible endorsement even before he officially bowed out of the race.”