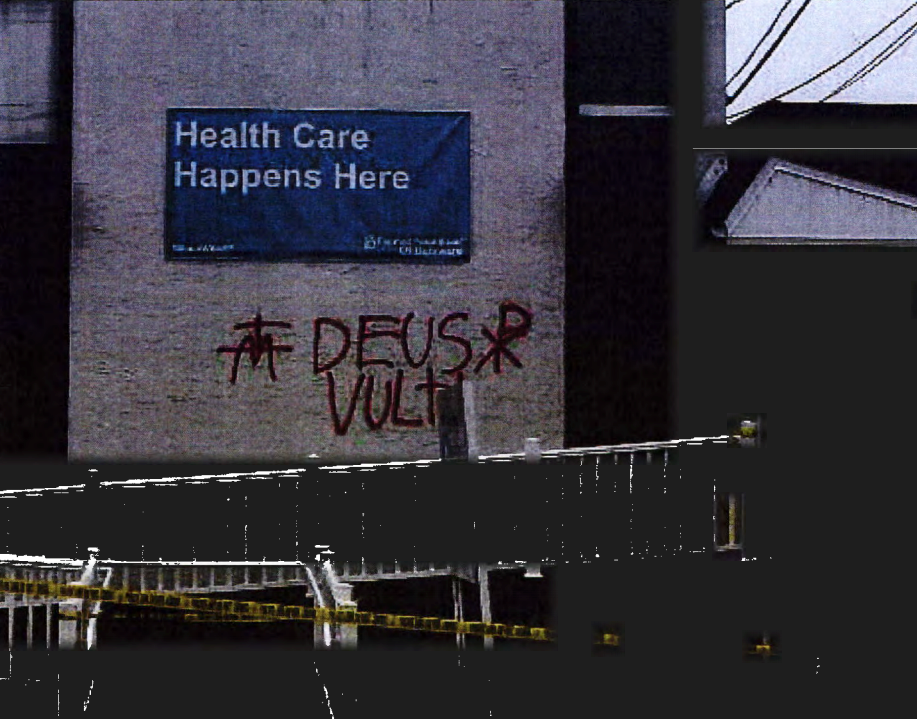 ….and the Governor didn’t notice?

Because right now, that is what is happening. From the Newark Post:

An 18-year-old Middletown man is facing federal charges after allegedly throwing a Molotov cocktail at the Planned Parenthood facility in Newark. The incident happened around 2:15 a.m. Jan. 3 at the facility on East Delaware Avenue, according to Kim Reeves, a spokeswoman for the U.S. Attorney’s Office in Wilmington.

Samuel James Gulick, who has a history of anti-abortion social media posts, was captured on surveillance video standing on the front porch of the building and spray-painting “Deus Vult” in red letters, according to court documents. The Latin phrase means “God wills it” and is often used by the alt-right movement.

The right wing terrorist was caught on surveillance footage and was stupid enough to have his car parked nearby, so the police and the FBI were able to run his plates and arrest him the next morning. Sometimes you thank God that right wingers are dumb. He faces at least five years in prison. Good.

Some of our elected officials noticed:

So far, nothing from the Governor. Now, we are all coming out of our holiday slumber, and I did not know this happened until I read the Newark Post story this morning after Representative Baumbach shared it on Facebook this morning. The story itself was published last night. Maybe he missed it. But it’s now late in the afternoon and still nothing. His communications staff should have noticed the other posts above by now. Still nothing. I just checked.

Who cares? So what if Governor Carney doesn’t comment? Well, it is a peak into what he considers important. If he doesn’t comment on something, he doesn’t consider it worthy of his attention. Couple that with previous comments on reproductive rights and you have a troubling pattern. In 2017, after the General Assembly passed legislation codifying the right to choose provided under the Supreme Court’s holding in Roe v. Wade, now under threat by President Trump and his Republican judges, Carney’s spokesman had this condescending reaction: “[Carney] hopes the General Assembly can now focus its attention on our nearly $400 million budget shortfall, ways to create jobs across our state, and discuss a long-term revenue plan that will help lay the foundation for a balanced budget solution.”

As if the work to protect a woman’s right to choose wasn’t “important.” So too I guess is a bombing of a health clinic dedicated to providing reproductive services to women.

0 comments on “What if someone bombed a Planned Parenthood clinic in Delaware….”