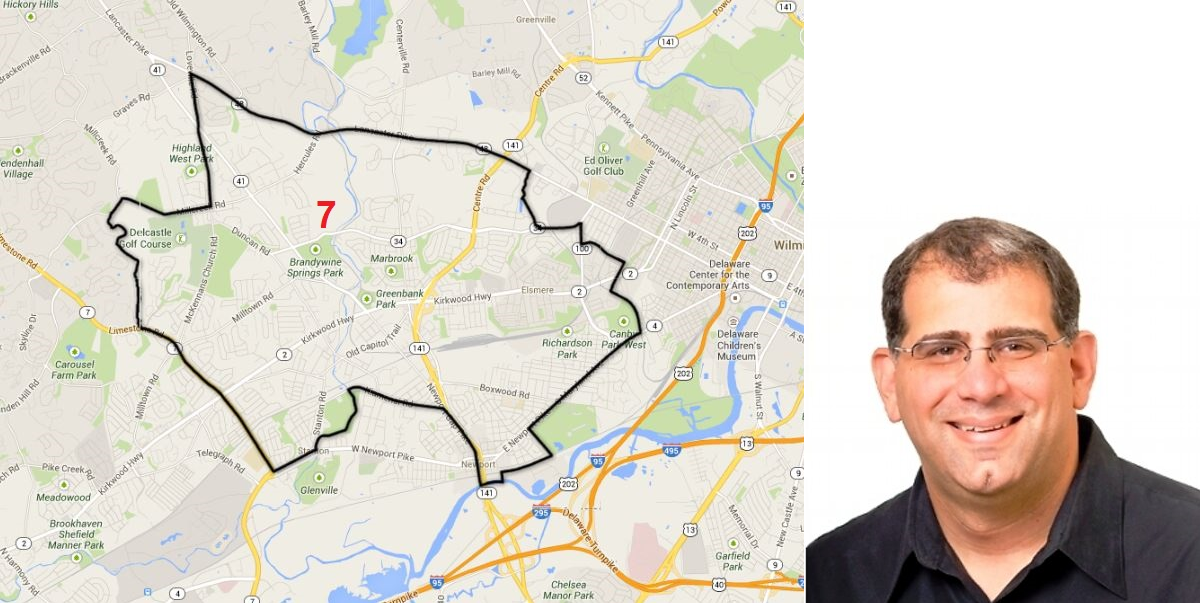 Finally, we have a candidate to take on Republican State Senator Anthony Delcollo, who represents the very Democratic 7th Senate District centered on Elsmere. Some in the party leadership in the General Assembly did not want to challenge Delcollo because they like him, and on some issues he has voted with the Democrats so that he was not that out of step with his district.

But we can thank New Castle County Party Chairman Dave Woodside, State Party Chair Erik Raser-Schramm and Executive Director Jesse Chadderdon, and of course, Mr. Mantzavinos for not agreeing to give Mr. Delcollo a pass.

Spiros Mantzavinos has most recently been the Chief of Staff to State Auditor Kathy McGuiness. He owns and runs The Mantzavinos Group – a public affairs and communications firm with experience in the energy, business, non-profit and health care sectors. So yes, that means he lobbies the state government. Before he opened his own shop, he was a lobbyist for Christiana Care, and before that, for the American Heart Association, where one of his accomplishments was the Breathe Free Philadelphia Alliance, a coalition created to enact a smoking ban in Philadelphia, and securing nearly a 200% increase in state funding for Delaware’s defibrillator program.

His lobbying efforts also extending to working for Motiva’s Delaware City Refinery. He also worked for the Delaware State Senate’s Majority (Democratic) Caucus. There, he staffed the Senate Natural Resources and Environmental Control Committee and the Senate Energy and Transit Committee. After that, he became the Vice-President of Government Affairs for the New Castle County Chamber of Commerce.

I am not one that is reflexively anti-lobbyist. There are many good lobbyists out there, lobbying the government for good things. And Mr. Mantzavinos looks like he has been lobbying for some good things. But his resume of lobbying also has some possibly bad things (the Chamber, Motiva and even some aspects of Christiana Care), depending on what he was lobbying for. Also, as everyone knows, I am not a fan of our state Auditor.

I am told that Spiros is well aware of the optics of his resume. I am going to give him the benefit of the doubt, because, in reality, beggars cannot be choosers. We all have been begging for a credible candidate to take on Delcollo, and many on the left have been saying it would be political malpractice not to. So we now have that candidate. I will wait to hear from him as to what his platform will be. I will give him a chance. I may even donate to and support him if I like what I hear. And if a more progressive credible challenger emerges, I will do the same for that person. But so far, that progressive candidate has not emerged.

In other news, Rysheema Dixon has announced that she is running for Wilmington City Council President. Also, Luann D’Agostino has filed as a Democrat to run against State Representative Mike Smith in the 22nd RD. I only became aware of her candidacy after reviewing the recent filings at the state Election Commissioner website. There is literally nothing online or on Facebook about her candidacy, so I guess we will have to stay tuned to find out more about her.