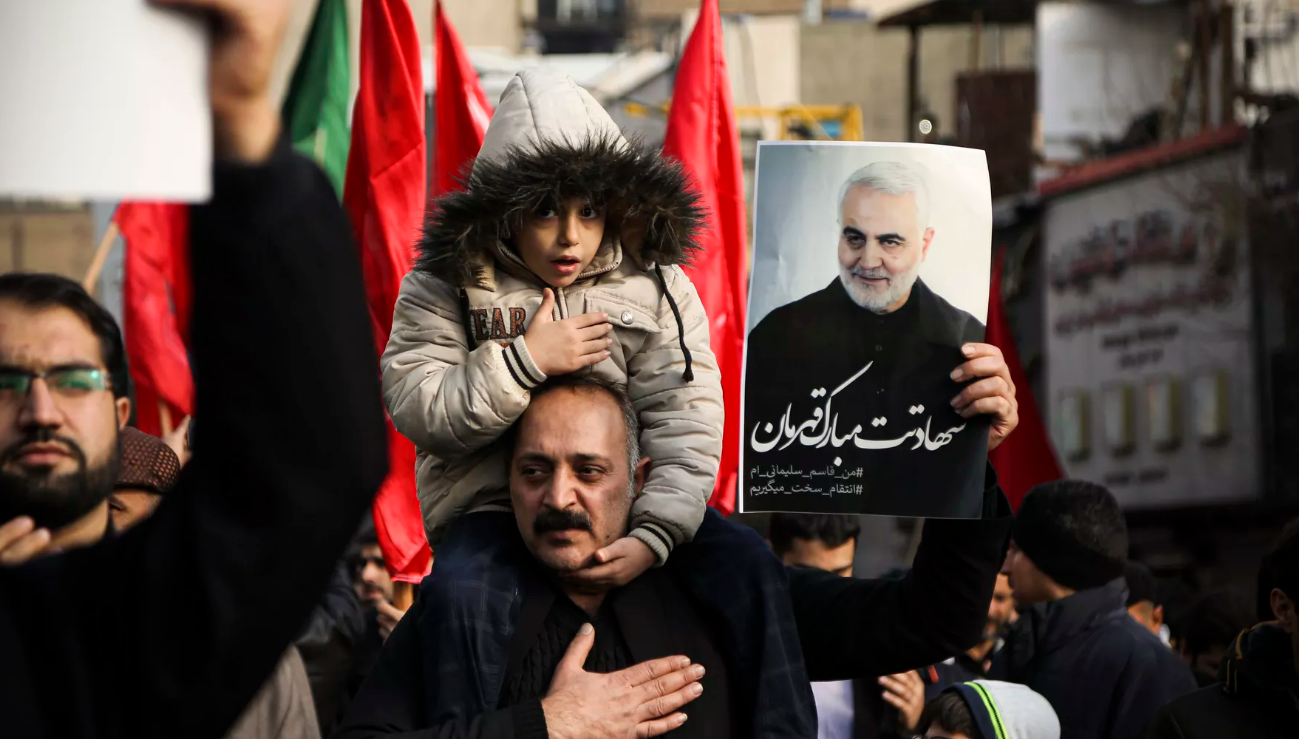 “President Trump’s decision to strike and kill the second most powerful official in Iran turns a slow-simmering conflict with Tehran into a boiling one, and is perhaps the riskiest move made by the United States in the Middle East since the invasion of Iraq in 2003,” the New York Timesreports.

Robert Reich: “And Trump did it without consulting Congress. He has no support from our allies. He has no exit strategy for a war with Iran. America is still bogged down in Iraq and Afghanistan. He has no credibility anywhere, with anyone, because he has lied about everything.”

Former Acting CIA Director Michael Morell told CBS News there would be “dead civilian Americans” as a result of the killing of Qassem Suleimani.

Said Morell: “Suleimani was an evil genius, he had a lot of American blood on his hands. The world is a better place without him. The problem is that comes at a very high cost.”

He continued: “Number one, there will be dead Americans, dead civilian Americans, as a result of this. Possibly over the next few days in any place where Iran has its proxies. Iraq is the most likely place, but also Lebanon, Bahrain, other places in the Middle East.”

Joe Biden said Thursday that President Donald Trump has “tossed a stick of dynamite into a tinderbox” with the targeted killing of Iran’s top general in an airstrike at Baghdad’s international airport, the AP reports.

Jonathan Chait: “One salient fact is that it’s not 2001, or even 2003. A poll earlier this summer found that just 18% of Americans prefer to ‘take military action against Iran’ as against 78% wanting to ‘rely mainly on economic and diplomatic efforts.’”

“It is in part due to public war weariness that Republicans have sworn repeatedly, for years, that they would not go to war with Iran. The possibility of such a military escalation was precisely the central dispute between the parties when the Obama administration struck its nuclear deal.”

“A federal judge on Friday allowed a Rudy Giuliani associate indicted on campaign finance charges to turn over documents to Congress as part of the impeachment proceeding against President Trump,” the AP reports.

The U.S. will deploy thousands of additional troops to the Middle East as tensions with Iran mount following the airstrike that killed Qasem Soleimani, CNN reports.

As former defense official Andrew Exum writes in Defense One: “The United States is now in a hot war with Iran after having waged war via proxies for the past several decades.​ ​This doesn’t mean war, it will not lead to war, and it doesn’t risk war. None of that. It is war.​”

The Institute of Supply Management’s index of manufacturing activity hit its lowest level since the end of the Great Recession, Axios reports.

“It shows worsening conditions for the U.S. manufacturing sector, which has been in contraction for five straight months, and reignites concerns about the trade war’s impact on the economy.”

In a now deleted tweet, Eric Trump apparently knew about the U.S. strike against an Iran military commander — and hinted to the world about it — two days before it happened.

Said Trump: “Bout to open up a big ol’ can of whoop ass #DontMessWithTheBest #USAUSAUSA”

“Senate Democrats are expected to almost unanimously declare President Trump guilty at the end of his impeachment trial. But senators across the party’s spectrum insist they haven’t made up their mind,” Politico reports.

“It’s a bid to entice a handful of Senate Republicans to join their push for new documents and witnesses involved in the president’s Ukraine scandal, particularly those who have expressed dismay with Senate Majority Leader Mitch McConnell’s vow to coordinate closely with the White House.”

“The Trump administration will propose a new rule, as early as Friday, that would reduce the burden on local governments to meet their fair housing obligations, further scaling back civil rights enforcement,” the Washington Post reports.

Secretary of State Mike Pompeo claimed on CNN that the targeted U.S. air strike that killed Iranian general Qasem Soleimani was meant to disrupt an “imminent” attack against Americans in the Middle East.

Said Pompeo: “It was the time to take this action so that we could disrupt this plot, deter further aggression from Qasem Soleimani and the Iranian regime — as well as to attempt to de-escalate the situation. The risk of doing nothing was enormous. The intelligence community made that assessment, and President Trump acted decisively last night.”

“Soleimani was a towering figure in Iran’s power projection across the region, with close links to a network of paramilitary groups that stretches from Syria to Yemen. His death in the smoldering wreckage of a two-car convoy in the Iraqi capital, Baghdad, left U.S. outposts and personnel bracing for retaliatory attacks and oil prices shooting upward.”

The Hill reports the U.S. Embassy in Iraq warned its citizens to leave “immediately.”

“The United Methodist Church is expected to split into more than one denomination in an attempt to bring to a close a years-long and contentious fight over same-sex marriage,” the Washington Post reports.

“The historic schism would divide the third-largest religious denomination in the United States.”

A former reporter at Fox News claims that Donald Trump told her how hot she was over the phone before he became president—and urged her to come to his office so he could kiss her, the New York Daily News reports.

Courtney Friel, who occasionally worked on Fox & Friends, made the allegations in her memoir Tonight At 10: Kicking Booze and Breaking News.