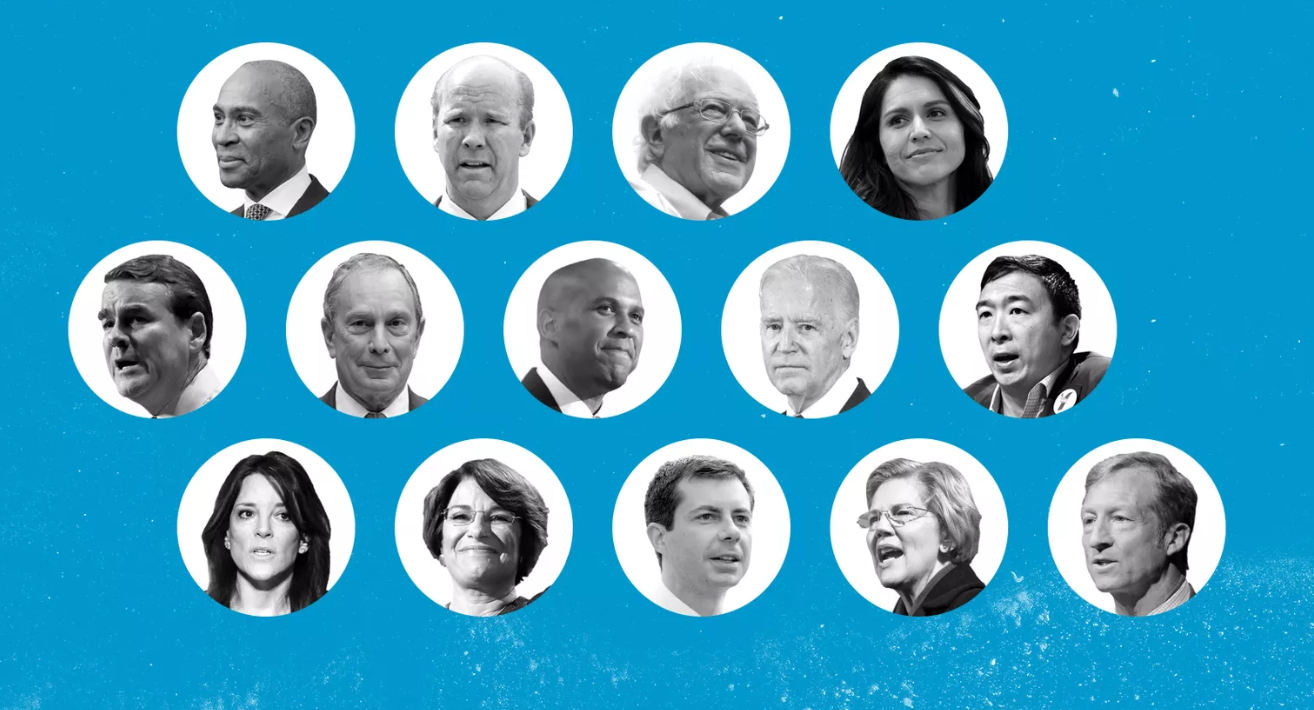 “Julián Castro, the former housing secretary who was the only Latino candidate in the Democratic primary, said Thursday he would end his bid for the presidency, capping a yearlong campaign where despite struggling in polls, he remained an enduring contender and policy pacesetter on immigration and fighting poverty,” the New York Times reports.

Sen. Bernie Sanders raised more than $34.5 million in the fourth quarter of 2019, yet another display of his enduring financial might fueled by a huge base of grass-roots donors, the New York Times reports.

His fourth-quarter total is larger than any candidate has raised in a single quarter so far in the primary race.

Andrew Yang raised $16.5 million in the fourth quarter of 2019, a considerable sum that represents his best total for a three-month period to date and is likely to put him among the Democratic field’s top five fund-raisers, the New York Times reports.

“Bernie Sanders, who has reignited his presidential campaign in the weeks since a heart attack put his political future in doubt, is making a sharpened case against Joe Biden in the final stretch before the Feb. 3 Iowa caucuses,” the Washington Post reports.

“Sanders said that Biden brings ‘a lot of baggage’ with his record and ties to the political establishment. And he argued that Biden is ill-suited to defeat President Trump. A possible long and bruising race against Biden has become central to Sanders’s planning, in part because his advisers see a fight for many of the same working-class voters.”

“Large sums scooped up by Democrats in the final months of 2019 are solidifying a top tier of candidates heading into the early presidential voting season, with multiple contenders showing signs of strength in the battle for the party’s nomination,” the Washington Post reports.

“In all, the Democratic presidential candidates together raised at least $118 million in the last quarter — a sum that party strategists said points to the mounting energy and financial resources that will coalesce around the eventual nominee. Still, the figures underscored the unsettled nature of the Democratic primary fight, while highlighting Trump’s success in stockpiling tens of millions of dollars for his campaign and the Republican Party.”

New York Times: “A flood of money rushed into the presidential race in the last three months of 2019, producing an unusually large number of Democratic candidates with the resources to battle deep into the 2020 primary calendar, all vying for the right to face an incumbent president boasting his own enormous war chest.”

New York Magazine: “On New Year’s Day, Pete Buttigieg’s campaign announced that it had raised $24.7 million in the fourth quarter, finishing out an impressive year of fundraising for the former South Bend mayor.

President Donald Trump’s reelection campaign raised $46 million in the fourth fundraising quarter, giving him $102.7 million in cash on hand heading into 2020, according to campaign officials.

Trump campaign officials also told Reuters that the President’s current cash on hand tops where President Barack Obama was at this point in his presidency, when he had $81.8 million to spend at the end of 2011.

While the courts and Elections Commission are currently in stasis in Wisconsin over a massive voter purge dispute, Republicans are trying to force the issue.

The conservative Wisconsin Institute for Law and Liberty asked a judge Thursday to hold the state Elections Commission in contempt and charge its members $2,000 every day until it removes over 200,000 voters from the voting rolls, per the Associated Press. One member is not named in the filing, a Republican who was not on the board when the battle began.

The motion follows a judge’s order last month to immediately purge voters who did not respond to inquiries about a possible change of address. The commission has since become deadlocked along partisan lines as Republicans try to remove the voters immediately and Democrats, led by Attorney General Josh Kaul, wait on a decision from a state appeals court.

The Institute for Law and Liberty is also pushing for the Republican-majority state Supreme Court to take over the case even before the appeals court can issue a decision. That body has not yet decided whether to hear the case.

Meanwhile, the League of Women Voters filed a federal lawsuit to try to keep the voters on the rolls.

Marianne Williamson, who has been campaigning for the Democratic presidential nomination on a message of love and has been urging voters to “join the evolution,” has laid off her entire staff in New Hampshire and nationally, WMUR reports.

Larry Sabato’s Crystal Ball: “Using 2016 presidential election results, we can map out the different paths that Clinton had to winning 270 electoral votes. These routes — and how far Clinton was from winning them — give us a template for how presidential candidates might plan their strategies for this November’s election.”

“Flipping Michigan, Pennsylvania, and Wisconsin is likely Democrats’ best chance at winning back the presidency. But last election’s results reveal other paths to 270 for Democrats (like Florida and Arizona) that were competitive in 2016 and could be decisive this November.”

“Republicans have a few pickup opportunities — most notably New Hampshire — that could tip a close election in their favor.”

Politico: “With New York likely to lose at least one congressional seat, the district held by Democratic Rep. Alexandria Ocasio-Cortez could be broken up, forcing her to find a new winning coalition. There’s little love for the disruptive young upstart in Albany, and many state lawmakers would like nothing more than to redraw her out of office. Ocasio-Cortez seems aware of the threat, as she’s been promoting Census sign-ups in her district to ensure that her constituents are fully counted.”