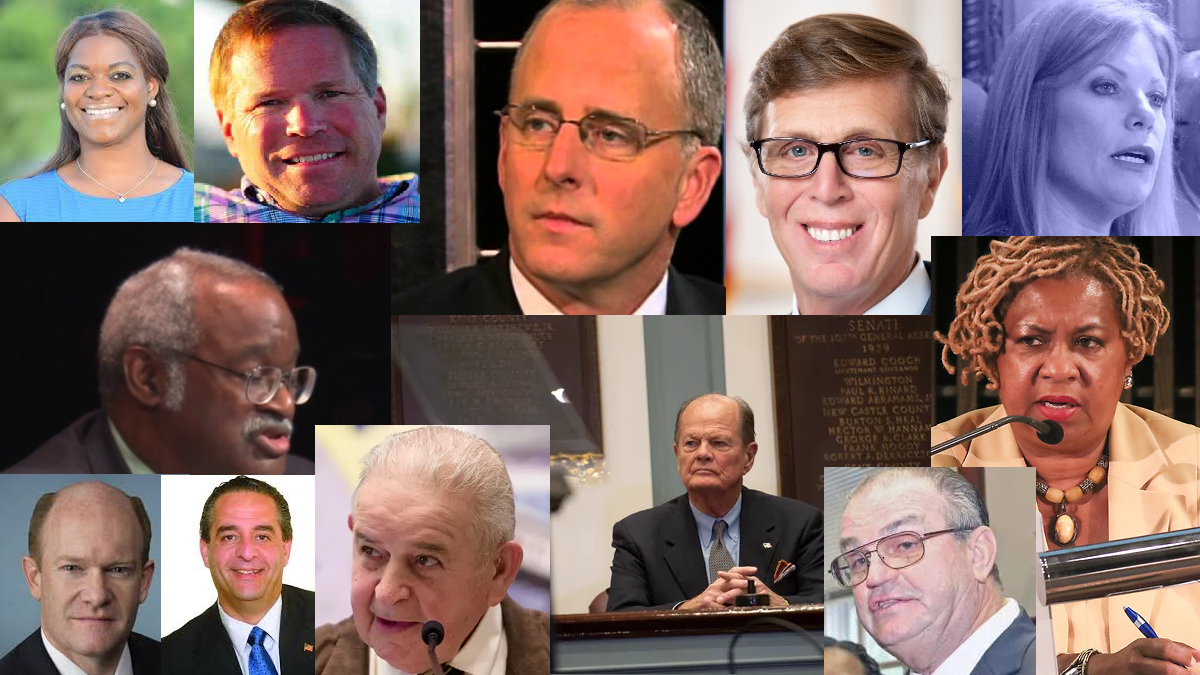 Every year, as we reflect on the year that is about to pass into history, we reflect events and people which and who were instrumental in denying progress of and in our state. Some of these people are Republicans that we would oppose 24/7 on principle, and who we expect, much to our chagrin, will be a presence in Delaware politics in 2020 whether we like it our not. Some of these people are Democrats who have disappointed or betrayed us in 2019, and who we want to either depart the stage or change their ways in 2020.

10. Monique Johns – Two campaigns and two losses in the 9th Representative District against Republican Kevin Hensley. I think it is time she step aside and let other candidates try.

9. Mike Ramone – Yeah, we haven’t forgotten about you. We will remind the voters of your actions in 2018 in 2020 and fight to elect Stephanie Barry to replace you.

8. Sam Guy – His bullying and disruptions and ego driven antics in Wilmington politics needs to end.

7. Hanifa Shabazz – She should really resign for her role in the Theo Gregory criminality. And the drama she constantly provokes needs to end. The Wilmington City Council has been an embarrassment to all Democrats in the state for far too long, and she is a big reason why.

6. Greg Lavelle – He’s running. For Governor. For U.S. Senator. For his old seat in 2022. I don’t know yet. But he is running for something. Hence his constant appearances on Caesar Rodney Institute’s Data Delaware podcasts.

5. Jim Maravelias – Someone should remind the President of the Delaware AFL-CIO that opposing gun safety legislation is not a labor issue.

4. Ben DuPont, Chris Kenny and “A Better Delaware” – Delaware did not need another conservative “non partisan” organization that advocates for Republican and conservative fiscal and tax policies. Charlie Copeland and the Caesar Rodney Institute already have that lane covered.

3. Bruce Ennis, John Viola and Earl Jaques – It is time for retirement for all three of these Democratic members of the General Assembly. Recent votes and public stances on the issues have placed them all out of step with not only the Democratic base but with the people of Delaware. They all have garnered primary challenges, so perhaps they should take the New Year and this coming legislative session to consider stepping aside for a new generation.

2. The “Bipartisanship is the Only Goal” Chris Coons – I love quoting myself:

Coons has deservedly earned a primary, and I predict the vote in that primary will be much closer than the Carper-Harris race in 2018. Here is hoping that Coons sees the light and returns to his Democratic base.

1. Dave McBride and Nicole Poore – Here is hoping that one or both of them get a primary challenge in this coming election to repay them for their betrayal of Delaware mothers and school children who do not wish to die to preserve the supposed rights of gun nuts to unfettered and unregulated access to military style weapons.