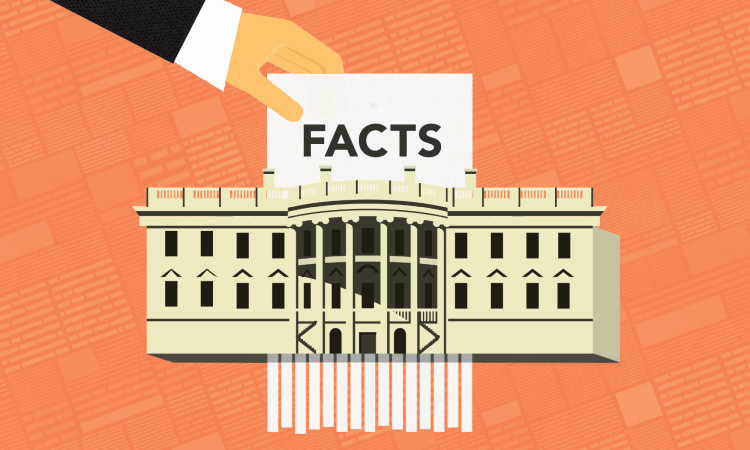 “In just three years, the Trump administration has diminished the role of science in federal policymaking while halting or disrupting research projects nationwide, marking a transformation of the federal government whose effects, experts say, could reverberate for years,” the Washington Post reports.

“Political appointees have shut down government studies, reduced the influence of scientists over regulatory decisions and in some cases pressured researchers not to speak publicly. The administration has particularly challenged scientific findings related to the environment and public health opposed by industries such as oil drilling and coal mining. It has also impeded research around human-caused climate change, which President Trump has dismissed despite a global scientific consensus.”

“President Trump retweeted and then deleted a post naming the alleged whistleblower who filed the complaint that became the catalyst for the congressional inquiry that resulted in his impeachment by the House of Representatives,” the Washington Post reports.

The Week: “We Americans tend to remember historical eras through the lens of the presidency. But McConnell, more than most Senate leaders, served as a gatekeeper for what the presidents of his era have been able to accomplish — and he might be the most powerful and significant senator since Lyndon Johnson in the 1950s, and this was true despite the fact that he and his party shifted back and forth throughout the decade between opposition and majority status.”

Sen. Richard Blumenthal (D-CT) claimed that several of his Republican colleagues in the Senate have “severe misgivings” about Senate Majority Leader Mitch McConnell’s (R-KY) impeachment strategy to coordinate with the White House, The Hill reports.

Said Blumenthal: “I’ve talked to anywhere from five to 10 of my colleagues who have very severe misgivings about the direction that Mitch McConnell is going in denying a full, fair proceeding with witnesses and documents. My hope is that they will say publicly what Senator Murkowski did, and really hold Mitch McConnell accountable.”

No shit. We all predicted it.

Joe Biden told the Des Moines Register that he would not comply with a subpoena to testify at President Trump’s impeachment trial in the Senate.

Biden argued that complying with a subpoena and testifying would essentially allow Trump to shift attention away from the president’s own actions.

Said Biden: “The reason I wouldn’t is because it’s all designed to deal with Trump doing what he’s done his whole life: trying to take the focus off him. The issue is not what I did.”

He added: “This is all about a diversion. And we play his game all the time. He’s done it his whole career.”

The world’s richest 500 people increased their collective wealth by 25% in 2019 ― a stark reminder of worsening income inequality, particularly in the U.S., the HuffPost reports.

Politico: “The battle for the Senate majority in 2020 was always going to be heated. And now here comes impeachment. The Senate’s impeachment trial of President Donald Trump is still stuck in limbo, but the looming verdict represents the most consequential vote senators will take before next year’s elections — and a weighty position for challengers seeking to join the chamber.”

“Impeachment also threatens to yoke the 35 separate races for Senate seats even closer to the presidential contest. The politics around impeachment have calcified for both parties, with public opinion rigidly consistent and senators and candidates mostly falling along party lines ahead of a prospective vote to acquit Trump or remove him from office.”

“Democrats — who need to net three seats in next year’s elections to win back control of the chamber if they also win the presidency — have attempted to squeeze vulnerable GOP senators, calling for a fair trial to include administration witnesses who refused to testify before the House and criticizing Majority Leader Mitch McConnell for saying he did not consider himself an impartial juror.”

A USA Today/Suffolk University Poll this month asked Americans if they thought things would get better or worse in their own lives in 2020. By an overwhelming 80% to 11%, they predicted their lives would be better.

Wall Street Journal: “Spotify Technology said it would stop selling political advertisements in early 2020 because it lacks the appropriate tools to review them, a move that comes as digital platforms selling such ads face growing criticism for helping spread misinformation.”

Ivanka Trump has cast doubt in a CBS News interview about continuing in her advisory role in the administration if her father wins re-election next year.

Said Trump: “I am driven, first and foremost, by my kids and their happiness, so that is always going to be my top priority and my decisions will always be flexible enough to ensure that their needs are being considered. They will really drive that answer for me.”

New York Times: “As Mr. Trump’s bid for re-election shifts into higher gear, his campaign hopes to recapture voters who drifted away from the party in 2018 and 2019: independents who embraced moderate Democratic candidates, suburban women tired of Mr. Trump’s personal conduct and working-class voters who haven’t benefited from his economic policies.”

“But if any group remains singularly loyal to Mr. Trump, it is the small but impassioned number of white voters on the far right, often in rural communities like Golden Valley, who extol him as a cultural champion reclaiming the country from undeserving outsiders.”

“These voters don’t passively tolerate Mr. Trump’s ‘build a wall’ message or his ban on travel from predominantly Muslim countries — they’re what motivates them. They see themselves in his fear-based identity politics, bolstered by conspiratorial rhetoric about caravans of immigrants and Democratic ‘coups.’”

Washington Post: “Hispanics are increasingly influential in the Democratic Party and in general election contests, but leaders and activists say they feel ignored and misunderstood by candidates who have spent much of their time focusing on Iowa and New Hampshire, predominantly white states at the top of the nominating calendar. They are bluntly calling on party leaders to reconsider the voting order of the states in four years.”

Associated Press: “As Democrats turn their focus to Iowa’s kickoff caucuses that begin the process of selecting Trump’s challenger, could the state be showing furtive signs of swinging back? Caucus turnout will provide some early measures of Democratic enthusiasm, and of what kind of candidate Iowa’s Democratic voters — who have a good record of picking the Democratic nominee — believe has the best chance against Trump.”

“If Iowa’s rightward swing has stalled, it could be a foreboding sign for Trump in other upper Midwestern states he carried by much smaller margins and would need to win again.”