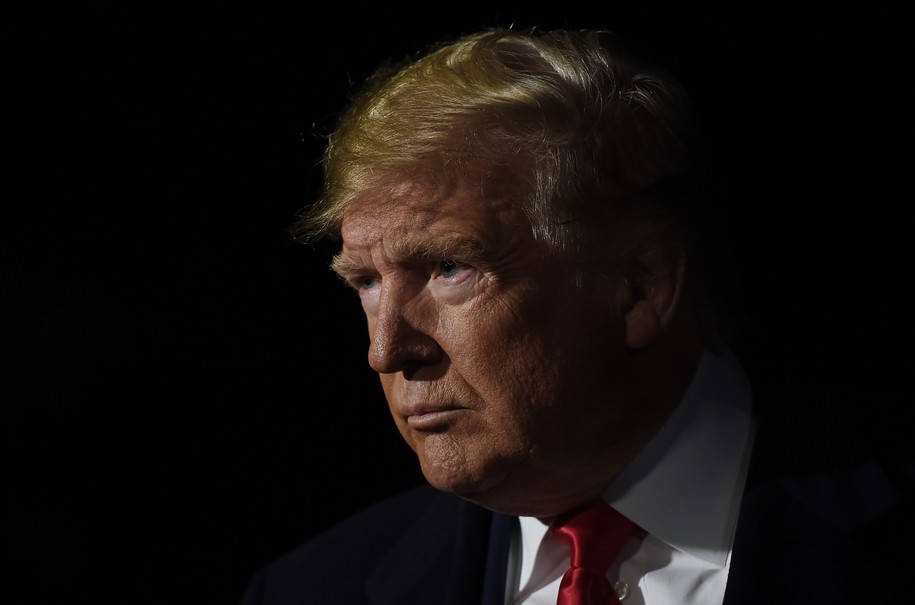 “House Intelligence Committee Chairman Adam Schiff said he would like for some witnesses to be called during the expected Senate impeachment trial against President Trump and for withheld administration documents to be introduced as evidence,” CNN reports.

Said Schiff: “I think there are any number of witnesses that should be called in the Senate trial, and many witnesses the American people would like to hear from that the administration has refused to make available. And perhaps of equal and if not greater importance are the thousands and thousands of documents that the administration refuses to turn over. I would hope that every senator of both parties would like to see the documentary evidence.”

“Senate Minority Leader Chuck Schumer proposed calling former national security adviser John Bolton and acting White House chief of staff Mick Mulvaney as witnesses at an impeachment trial for President Trump in a letter to Senate Majority Leader Mitch McConnell on Sunday,” NBC News reports. “The offer is intended as a signal that Democrats are seeking an evidentiary trial, not intending to simply rely on the House investigation.”

Axios: “The Senate Democratic leader’s request — particularly his call for additional impeachment witnesses — may appeal to some moderate Republicans but is sure to meet forceful resistance from President Trump and McConnell.”

Rep. Joe Cunningham (D-SC) told the Charleston Post & Courier that he plans to vote in favor of both articles of impeachment against President Trump, concluding after weeks of deliberation that Trump’s conduct was “unacceptable.”

Said Rose: “Party and politics will never come before the country I bled to protect — and would unquestionably do so again. A president coercing a foreign government into targeting American citizens is not just another example of scorched earth politics, it serves as an invitation to the enemies of the United States to come after any citizen, so long as they disagree with the president. Embarking on an unprecedented effort to obstruct this inquiry doesn’t make the facts any less true. Therefore I will vote in support of the two Articles of Impeachment.”

Rep. Elissa Slotkin (D-MI) writes in the Detroit Free Press that she will vote to impeach President Trump: “Over the past few months, I’ve been told more times that I can count that the vote I’ll be casting this week will mark the end of my short political career. That may be.”

“But in the national security world that I come from, we are trained to make hard calls on things, even if they are unpopular, if we believe the security of the country is at stake. There are some decisions in life that have to be made based on what you know in your bones is right. And this is one of those times.”

“A federal judge on Monday rejected Michael Flynn’s attacks against the FBI and the Justice Department, setting a long-delayed sentencing for President Trump’s former national security adviser for Jan. 28,” the Washington Post reports.

Lawmakers have agreed to include $1.375 billion for physical barriers along the U.S.-Mexico border in a forthcoming government funding deal, two congressional sources told The Hill.

But it would also be significantly less than the $5 billion requested for new border barrier spending in President Trump’s budget.

Fresno Bee: “Rep. Devin Nunes’s (R-CA) critics have obsessed over how he is paying for the six lawsuits he filed this year, but there are no public records showing how he has paid his Virginia lawyer.”

“That means Nunes is either paying for the lawsuits out of his own pocket, promising to pay his lawyer a portion of any money they’re awarded in court at a later date, or flouting House Ethics rules that would require him to publicly disclose who is funding the legal work.”

“Lev Parnas, an associate of Rudy Giuliani indicted on U.S. campaign finance charges, said a $1 million transfer into his wife’s bank account from Russia was the proceeds of a loan — and not an attempt to conceal his assets,” Bloomberg reports.

“Federal prosecutors raised the transfer in a filing last week asking the judge to revoke Parnas’s bail because he misrepresented his financial resources when he was arrested. They said Parnas’ wife, Svetlana, received $1 million from a bank account in Russia in September, the month before Parnas and business partner Igor Fruman were arrested as they sought to leave the country.”

Washington Post: “The U.S. economy is heading into 2020 at a pace of steady, sustained growth after a series of interest rate cuts and the apparent resolution of two trade-related threats mostly eliminated the risk of a recession. This marks a dramatic turnaround in momentum since August, when some forecasters predicted a 50 percent chance of a downturn starting by the end of next year.”

Key takeaway: “The trade deals, while not nearly as ambitious as Trump promised, have lessened one of the biggest drags on the U.S. economy: uncertainty.”

Washington Post: “The 2017 tax law lowered the U.S. corporate tax rate from 35% to 21%, but in practice large companies often pay far less than that due to deductions, tax breaks and other loopholes.”

“In the first year of the law, the actual amount corporations paid in federal taxes on their incomes — their so-called ‘effective rate’ — was 11.3% on average, possibly its lowest level in more than three decades… The report also found that 91 corporations in the Fortune 500, many worth billions of dollars, paid no federal taxes last year.”

In case you’ve lost count, President Trump has now made 15,413 false or misleading claims over his 1,055 days in office, according to the Washington Post. That’s an average of nearly 15 every single day.

“I’m absolutely confident that for two years if every nation on earth was run by women, you would see a significant improvement across the board on just about everything… living standards and outcomes.” — Former President Barack Obama, quoted by the BBC, arguing that women are “indisputably” better than men as leaders.

Former Republican presidential candidate Carly Fiorina (R) told CNN that she thinks it is “vital” that President Trump be impeached, but did not rule out voting for him again in 2020.

Said Fiorina: “It depends who the Democrats put up.”

Said Nadler: “That’s in violation of the oath that they’re about to take, and it’s a complete subversion of the constitutional scheme.”

Rudy Giuliani told the New Yorker that he needed former U.S. Ambassador to Ukraine Marie Yovanovitch “out of the way” because she was going to make the investigations of Joe and Hunter Biden “difficult for everybody.”

“A private campaign is underway to draft Rep. Justin Amash (I-MI) as an impeachment manager in the Senate trial of President Trump, a bid to diversify House Democrats’ appeal to voters with a rare conservative voice,” the Washington Post reports. I think this is a very good idea.