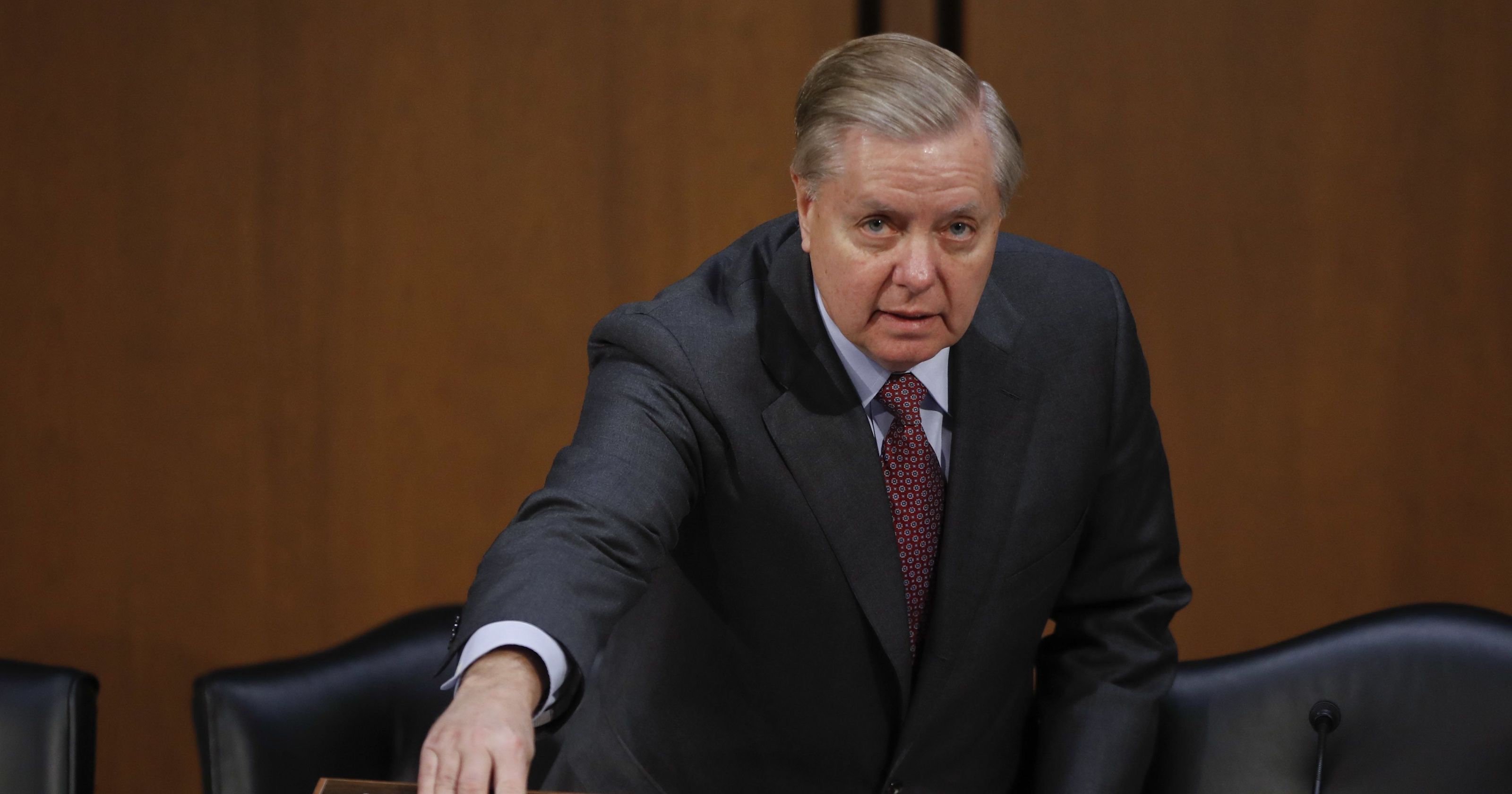 Sen. Lindsey Graham said he will do everything in his power to quickly end an expected impeachment trial in the Republican-led Senate, CNN reports.

Said Graham: “This thing will come to the Senate, and it will die quickly, and I will do everything I can to make it die quickly.”

“I am trying to give a pretty clear signal I have made up my mind. I’m not trying to pretend to be a fair juror here.”— Sen. Lindsey Graham (R-SC), in an interview with CNN, on the Senate impeachment trial.

Josh Marshall: “The extremely open (indeed bragging about it) joint impeachment trial planning between the President and Senate Republicans is a good opportunity to restate a point I’ve made several times recently in a slightly different context. The Senate trial is nominally a trial of Donald J. Trump. But in fact, his guilt is obvious, proven by an overwhelming body of evidence. Senate Republicans themselves know this. But this is the point. It’s not really Trump who is on trial. It’s Senate Republicans. The question is whether there is any level of criminal conduct from President Trump they won’t accept. We already know the answer to that. There’s none. Democrats’ trial strategy should be to make this point over and over and over again. It’s as simple as that.”

“The amendment, carried forward into current law, has resurfaced with a vengeance in El Paso, Texas. U.S District Court Judge David Briones has been quoting back its words in a series of rulings against Trump’s decision to take $3.6 billion from military construction projects to expedite his wall.”

“As first adopted, the Republican language specifically prohibited Obama from taking any step to ‘eliminate or reduce funding for any program, project, or activity as proposed in the President’s budget request’ until it’s cleared with Congress.”

“The meeting was confirmed by a Trump administration official and a congressional official with knowledge of the White House conversation.”

New York Times: “Mr. Van Drew has had discussions with senior Trump advisers about securing the president’s support for his switch, a blessing that could help him avert a primary challenge next year in what would be his new party.”

“Rep. Jeff Van Drew (D-NJ), a moderate Democrat who is among his party’s staunchest opponents of impeaching President Trump, told aides on Saturday that he is planning to switch parties and declare himself a Republican as soon as next week,” the New York Times reports.

“Just last month, Mr. Van Drew vowed in a two-hour teleconference that he would remain a Democrat.”

It was not immediately clear what was tested, but the Korean Central News Agency reported that the test would bolster North Korea’s “reliable strategic nuclear deterrent.”

Washington Post: “[Biden] has addressed the matter on at least five occasions in the past week — at times offering responses that seemed to put more distance between himself and his son’s decision to join the Burisma board.”

“The issue remains an emotionally difficult one for Biden, and he did not do any special preparations regarding what to say in the lead-up to his recent spate of appearances…”

“A federal judge on Friday ordered the State Department to release documents concerning Ukraine it had previously withheld,” the HuffPost reports.

The judge Cooper ruled that the records should be released no later than Jan. 8.

New York Times: “The White House called the deal a win. It said China had agreed to buy large quantities of American agricultural goods, giving farmers hit by the trade war some needed relief. It also means the United States economy will not suffer from new tariffs threatened for Sunday on Chinese-made goods that Americans love to buy, like toys and smartphones.”

“But the deal may be seen by Xi Jinping, China’s top leader, and his hard-line supporters as vindication of the intransigent stance they have taken since the spring, when a previous pact struck by Chinese moderates fell apart. Since then, China has asked that even a partial deal include tariff rollbacks. American officials resisted, debated, then relented.”

“A close aide to President Trump who was dismissed last year by the White House chief of staff at the time is expected to rejoin the West Wing,” the New York Times reports.

“John McEntee, who shadowed Mr. Trump as his body man, is slated to come back in a similar role… His return will mean a familiar presence with whom Mr. Trump is comfortable as he heads into the 2020 re-election campaign, and he is likely to divide duties with one of his successors, Nick Luna.”

“In March 2018, on the orders of the chief of staff at the time, John Kelly, Mr. McEntee was marched out of the West Wing, with no time to collect his belongings, people in the building said then. His security clearance had been denied at least in part because of an online gambling habit.”

“All seven participants in next week’s debate, as well as Julián Castro, who also has not qualified, have signed the letter.”

But Politico notes the DNC is pushing back.

Andrew Sullivan on how Boris Johnson won: “Instead of sticking to getting Brexit done in Parliament, he called an early election to give himself a clear mandate for it. By fighting on the genius and simple slogan ‘Get Brexit Done,’ he exposed the deep divides on the left, unified the right, and knocked his opponents for six (if you will forgive a cricket metaphor). But just as important, he moved the party sharply left on austerity, spending on public services, tax cuts for the working poor, and a higher minimum wage. He outflanked the far right on Brexit and shamelessly echoed the left on economic policy.”

Ambrose Evans-Pritchard: “​Britain is suddenly the only big country in western Europe with a fully functional government able to take radical measures and sweep aside resistance. France, Germany, Italy and Spain are all in political turmoil or have a paralyzed executive.  The center is crumbling everywhere – but not in Britain. A one-nation Tory running on a green, social democrat economic program has pulled off the feat of uniting a blue collar north and an affluent south.”

“The world press and left-academia got that narrative badly wrong. This political asymmetry between a unified, confident, well-armed British government and a demoralised, splintered Continent matters enormously. Brussels can no longer play the divide and rule game in Westminster, or indeed with the Tory party itself.​”​

A Wisconsin judge ordered the state to remove hundreds of thousands of people from Wisconsin’s voter rolls because they may have moved, the Milwaukee Journal Sentinel reports.

The case is being closely watched because of the state’s critical role in next year’s presidential race.