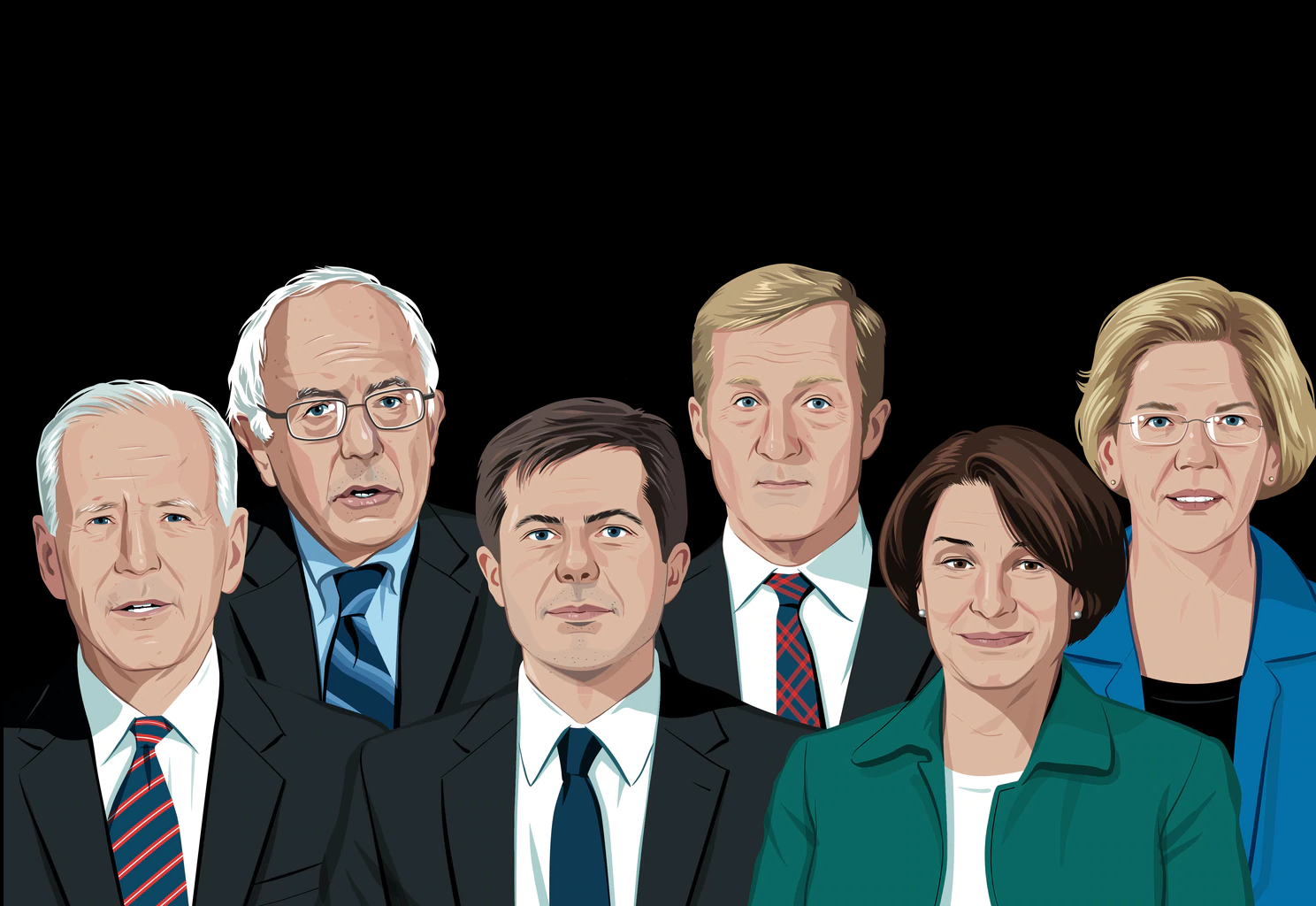 CALIFORNIA — A new CNN poll in California finds Joe Biden leading the Democratic field with 21%, followed by Bernie Sanders at 20%, Elizabeth Warren at 17%, Pete Buttigieg at 9%, Andrew Yang at 6% and Michael Bloomberg at 5%.

TEXAS — A new CNN poll in Texas finds Joe Biden holds a large lead in the Democratic presidential race with 35%. followed by Bernie Sanders at 15%, Elizabeth Warren at 13%, Pete Buttigieg at 9% and Michael Bloomberg at 5%.

Key takeaway: “But perhaps the biggest story from our poll is that the formerly deep red state of Texas looks competitive in the general election if the Democrats nominate Biden. President Trump stands at 48% to Biden 47% among all registered voters.”

“A new study from the University of Pennsylvania’s Wharton School finds that Sen. Elizabeth Warren’s proposed wealth tax on the richest Americans will generate at least $1 trillion less than what the campaign claims, potentially undermining the key funding source for her plans to expand government-backed health care, education and other programs,” CNBC reports.

“Elizabeth Warren came out swinging on Thursday as the Democratic primary slugfest heats up with Iowa on the horizon,” CNN reports..

“Speaking in New Hampshire, the Massachusetts senator ramped up what has been a stop-and-go process of directly criticizing her top moderate rivals, taking a series of unmistakable shots at Pete Buttigieg and Joe Biden. Michael Bloomberg, too, came into her crosshairs.”

“The common theme: Their reliance on campaign cash from rich donors — or, in Bloomberg’s case, his own bank account — makes them untrustworthy and unlikely to spend political capital on policies that benefit the working class at the expense of wealthy contributors. Warren herself has sworn off big donors in the primary.”

Joe Biden’s campaign denied a report on Wednesday indicating that Biden signaled he would only serve one term in the White House if elected in 2020, The Hill reports.

Tweet from the campaign: “Lots of chatter out there on this so just want to be crystal clear: this is not a conversation our campaign is having and not something VP Biden is thinking about.”

“Plans for a Democratic presidential debate in January have been complicated by the expected Senate impeachment trial of President Trump, which could tie up several 2020 hopefuls during the final stretch before the Iowa caucuses,” the Wall Street Journal reports.

“The DNC has struggled to settle on a date for next month’s debate… It isn’t clear when a potential trial would start or how long it would last; the Senate trial of former President Bill Clinton was conducted over five weeks. The Senate could convene six days a week to hold proceedings beginning in January, limiting the number of days in which Senate candidates such as Elizabeth Warren of Massachusetts and Bernie Sanders of Vermont could appear in a televised debate.”

A new Monmouth poll finds that 61% of Americans say that President Trump has not cooperated with the House impeachment investigation, which is twice the number who say he has (31%).

However, just 45% of Americans feel that Trump should be impeached and removed from office, while 50% disagree.

Trump’s approval rate is 43% to 50%, essentially unchanged from the last few months.

Age ‬doesn’t just divide Republicans and Democrats, it divides Democrats too. Take a look at the latest Quinnipiac poll for Democratic voters under 35 years old: Bernie Sanders holds a massive lead with younger voters with 52%, followed by Elizabeth Warren at 17%, Joe Biden at 11%, Andrew Yang at 7%, Tulsi Gabbard at 3%, Pete Buttigieg at 2% and Michael Bloomberg at 2%.

In contrast, every other age group prefers Biden to Sanders by wide margins.

Derek Thompson tries to explain these results: “Age ‬doesn’t just divide Republicans and Democrats from each other, in other words; age divides young leftists from both Republicans and Democrats. Democrats under 30 have almost no measurable interest in the party’s front-runner. Democrats over 65 have almost no measurable interest in the favored candidate of the younger generation. ‬This is not a picture of Democrats smoothly transforming into the “party of the young.” It’s evidence that age—perhaps even more than class or race—is now the most important fault line within the Democratic Party.‬‬‬‬‬‬‬‬‬

It might be most useful to think about ‬young progressives as a third party trapped in a two-party system. Radicalized by America’s political sclerosis and economic and social inequality, they are a powerful movement politically domiciled within a larger coalition of moderate older minorities and educated suburbanites, who don’t always know what to do with their rambunctious bunkmates.”

The DNC has announced the plans for the next four presidential primary debates which will occur in each of the first four voting states.

“The Hawaii Republican Party has canceled plans for its statewide presidential preference poll and committed all 19 of its national convention delegates to back the reelection of President Trump,” the Honolulu Star Advertiser reports. Note, this contest is not a primary election, but instead a type of caucus.

Although former Gov. Deval Patrick’s (D) presidential campaign “is expressing frustration that he will not be listed on Michigan’s Democratic primary ballot,” a state party source tells CNN that Patrick “will not be listed for a simple reason: His campaign didn’t ask.”