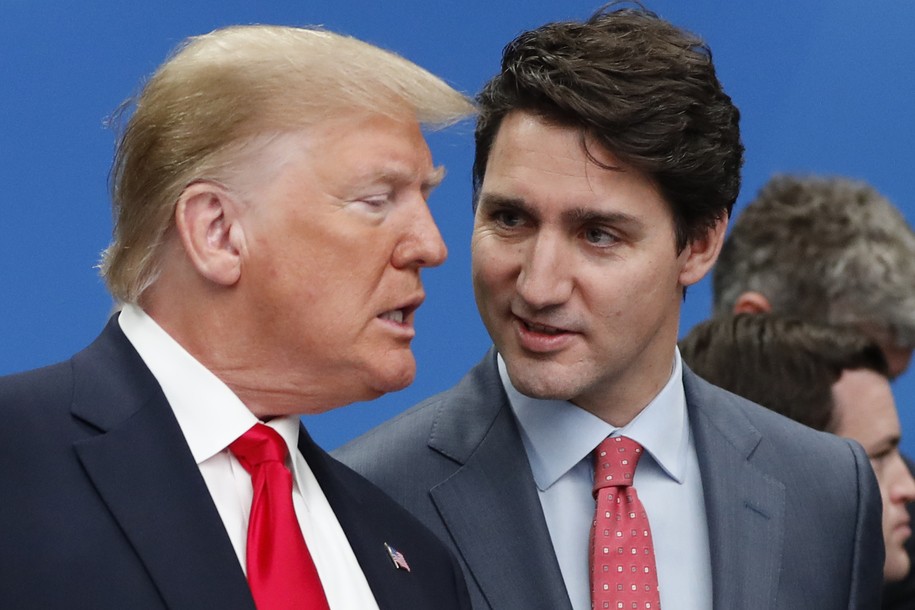 “According to multiple Democratic lawmakers who attended a closed-door Capitol meeting, Pelosi announced no firm decision or timeline in moving toward Trump’s impeachment. But, a day after Schiff delivered a 300-page report detailing charges of abuse of power and obstruction of Congress against Trump, she made clear what lay ahead in the House.”

“The caucus, according to multiple members, erupted with shouts of approval.”

“If we cannot impeach a president who abuses his office for personal advantage, we no longer live in a democracy—we live in a monarchy, or we live under a dictatorship.” — Constitutional scholar Noah Feldman, quoted by ABC News, at the House Judiciary impeachment hearing.

“House Judiciary Chairman Jerry Nadler signaled at today’s televised hearing that the committee is broadening the scope of the impeachment inquiry to include Robert Mueller’s findings,” Axios reports.

“Democrats displayed three impeachable offenses on the screens in the room: Abuse of power and bribery, obstruction of Congress, and obstruction of justice. This is the clearest sign yet that these could be the articles of impeachment ultimately drafted by the committee.”

House Majority Whip Jim Clyburn (D-SC) told McClatchy he wants a vote on articles of impeachment against President Trump — and the charges against him to include obstruction of justice related to the findings of former special counsel Robert Mueller’s investigation.

After a video surfaced of Canadian Prime Minister Justin Trudeau apparently mocking President Trump with other world leaders over his lengthy sessions with the media, Trump hit back calling Trudeau “two-faced.” Trump then said he will not be holding a further press conference and will instead return to the United States early.

Politico: “Boris Johnson and Donald Trump snuck in a quick private meeting Tuesday evening with little fanfare ahead of a NATO leaders’ meeting in London Wednesday. The U.K. prime minister and U.S. president discussed the importance of the military alliance and the need for unity to address evolving threats during a head-to-head in Downing Street.”

“Johnson wants to avoid appearing too close to his U.S. counterpart, who is deeply unpopular in Britain, for fear it could scupper his chances in the country’s general election next week. That could explain why the meeting was not announced in advance.”

Gabriel Sherman: “Trump is coming around to his advisers’ view that Giuliani is a liability, three Republicans close to the White House told me. The relationship has grown so strained that Trump has even directed Giuliani not to appear on Fox News, a Republican briefed on the conversations said. (A Fox source said Giuliani has declined producers’ requests to appear on the network in recent days).”

Said one GOP source: “We had to do something, we don’t want Rudy out there. Every time he talks it’s bad for Trump.”

“The turning point seems to be Giuliani’s Fox News interview on November 23 in which he claimed to have an ‘insurance policy’ in case Trump throws him overboard. ‘Trump was pissed,’ a source told me.”

Rudy Giuliani met in Budapest on Tuesday with a former Ukrainian prosecutor, Yuriy Lutsenko, who has become a key figure in the impeachment inquiry, the New York Times reports.

“Mr. Giuliani is using the trip, which has not been previously reported, to help prepare more episodes of a documentary series for a conservative television outlet promoting his pro-Trump, anti-impeachment narrative. His latest moves to advance the theories propounded by the prosecutors amount to an audacious effort to give the president’s supporters new material to undercut the House impeachment proceedings and an eventual Senate trial.”

Attorney General William Barr warned that “communities” that protest against police could lose the right to law-enforcement protection, the Washington Post reports.

Said Barr: “Americans have to start showing, more than they do, the respect and support that law enforcement deserves.”

He added that “if communities don’t give that support and respect, they might find themselves without the police protection they need.”

“The prosecutor handpicked by Attorney General William Barr to scrutinize how U.S. agencies investigated President Trump’s 2016 campaign said he could not offer evidence to the Justice Department’s inspector general to support the suspicions of some conservatives that the case was a setup by American intelligence,” the Washington Post reports.

“Iran has used the continuing chaos in Iraq to build up a hidden arsenal of short-range ballistic missiles in Iraq, part of a widening effort to try to intimidate the Middle East and assert its power,” the New York Timesreports.

“The buildup comes as the United States has rebuilt its military presence in the Middle East to counter emerging threats to American interests, including attacks on oil tankers and facilities that intelligence officials have blamed on Iran. Since May, the Trump administration has sent roughly 14,000 additional troops to the region, primarily to staff Navy ships and missile defense systems.”

“But new intelligence about Iran’s stockpiling of missiles in Iraq is the latest sign that the Trump administration’s efforts to deter Tehran by increasing the American military presence in the Middle East has largely failed.”

“The Trump administration is set to tighten work requirements for recipients of federal food aid, potentially rendering hundreds of thousands of people ineligible for the program by mid-2020,” the Wall Street Journal  reports.

“The administration said Wednesday that it had completed a new rule curbing states’ ability to shield adults without dependents from federal work requirements tied to receiving assistance through the program formerly administered via food stamps. Officials say the rule, which takes effect April 1, 2020, will save the government billions of dollars and encourage more people to work at a time when jobless rates are near a 50-year low.”

New York Times: “Much of the Republican Party is pressing ahead with debunked claims about Ukraine as they defend President Trump from possible impeachment, embracing Russian-fueled conspiracy theories that seek to cast blame on Kyiv rather than Moscow for interference in the 2016 U.S. election.”

Former Deputy Director of Intelligence Susan Gordon said that one of President Trump’s most common responses to intelligence briefings is to doubt what he’s being told, CNN reports.

Gordon, an intelligence veteran of more than 30 years, said that Trump had two typical responses to briefings.

Said Gordon: “One, ‘I don’t think that’s true.’ The one is ‘I’m not sure I believe that’ and the other is the second order and third order effects. ‘Why is that true? Why are we there? Why is this what you believe? Why do we do that?’ Those sorts of things.”

Rep. Devin Nunes (R-CA) sued CNN for defamation, accusing the cable network of publishing a “demonstrably false hit piece” about him amid his high-profile opposition to the Trump impeachment inquiry, Fox News reports.

“The chairman of the House Committee on Homeland Security on Wednesday called for an investigation into a $400 million border wall contract awarded this week to North Dakota-based Fisher Sand and Gravel Co., a company President Trump personally urged military officials to hire,” the Washington Post reports.

National Journal: “For decades, presidents have tapped Republican and Democratic nominees in tandem to fill open slots on the Federal Energy Regulatory Commission, the Federal Communications Commission, and many other independent bodies. But this week, senators are preparing to confirm Republican Robert Duncan to another term as chairman at one of those agencies, the United States Postal Service Board of Governors, without a Democratic companion.”

“The Trump administration is moving forward on calls to classify Mexican drug cartels as terrorist organizations after the killing of nine U.S. citizens in Mexico, with top officials seeking to reach a decision this week,” Bloomberg reports.